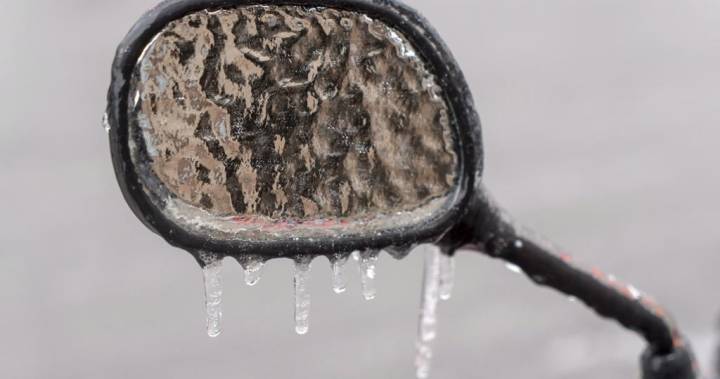 Environment Canada is warning of a flash freeze for the Greater Montreal area as temperatures are expected to suddenly plummet.

“Surfaces such as highways, roads, walkways and parking lots may become icy and slippery.”

READ MORE: Freezing rain could ring in the new year in Greater Montreal

This comes after a wave of warmer weather melted a lot of the ice and snow in the city, causing a cocktail of ice and water and submerging the streets and sidewalks.

With the precarious weather conditions, Environment Canada is asking drivers to be careful on the roads.

Flash freeze warnings are issued when a rapid drop in temperature is expected, causing rain or melted snow on streets and sidewalks to quickly freeze over. 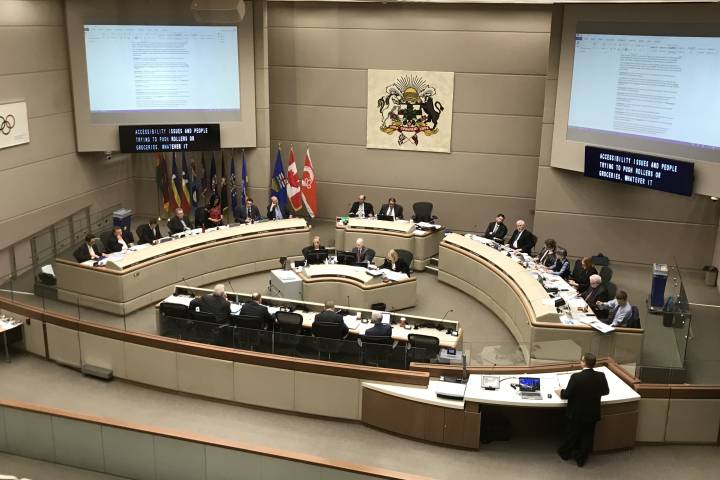 Calgary city council voted on Tuesday to freeze its pay for 2019, but also voted to continue an integrity investigation from 2018 into a councillor’s comments on the freeze.

Back in December, council voted against a pay freeze based on administration’s advice, but Ward 11 Coun. Jeromy Farkas said that the council had rejected the pay freeze without an explanation.

At that time, Farkas was asked to retract his comments and apologize, and when he didn’t, he was ejected from council chambers.

The integrity commissioner was asked to investigate whether Farkas broke the council’s code of conduct, and last night councillors voted overwhelmingly in favour of continuing that investigation.

Farkas said he is disappointed with the council’s decision.

“I think the better way to go is just to acknowledge what happened in December as a misunderstanding,” Farkas said. “I think many, if not all of us, regret what happened and right now the focus is on moving forward as positively as we can, so obviously I am disappointed this is going to continue to drag out.”

“I think it’s important for the integrity commissioner to rule on that,” he said. 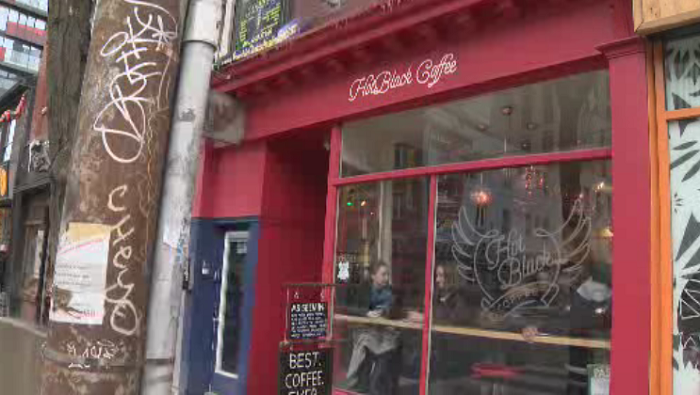 It’s not the caffeine that’s giving them a little extra pep in their step, it’s the the wages they’re being paid.

“Politics is not the reason why. This is not ideological. This is purely practice in a business sense. I made a promise to my staff and I’m keeping that promise,” Bienenstock added.

The business owner said he finds it “weird” that he is getting media attention for giving his staff a wage increase.

“We have to compete with everybody else who’s competing for good people and part of what we do is pay them better,” Bienenstock said.

“Wages is good! I like it … So, since I go to an arts school, most of my income goes to my equipment fees and then supplies,” Ahn said.

Isabel Kim, another barista, said her employers are like family and that she has no intention of leaving them.

“It means that he actually cares about his business and us,” Kim said.

Bienenstock said that having happy and content staff at his customer-focused environment makes for good business. But he understands not all employers have the ability to increase wages across the board.

“So, I’m not necessarily for an increase in minimum wage, but i do think it’s important to do everything you can as an employer to treat employees well.”

This is not the first time the Queen St. West shop has made headlines. In 2017, HotBlack Coffee was featured in the New York Times and then on The Tonight Show starring Jimmy Fallon – all because of the shop owners’ decision not to offer Wi-fi.