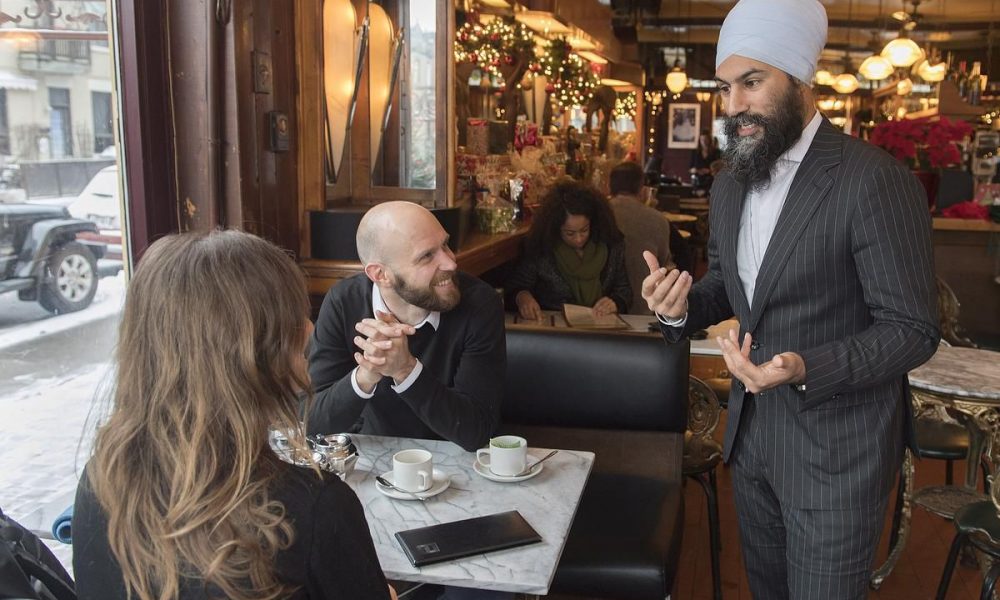 In politics, we are told, anything can happen. A week is an eternity and the predictions of experts may prove useless.

For Canada’s federal New Democrats this credo — the possibility of a bright future — is the only good news. Because right now, the party is languishing. It is low in the polls, starved of money and largely invisible

Within party ranks, much of the blame is placed at the feet of its new leader, Jagmeet Singh. A bitter slogan, “Singh or swim,” is making the rounds.

Indeed, Singh has not delivered. He won the NDP leadership on a promise to expand the party’s reach, particularly among suburbanites and new immigrants.

So far, that hasn’t happened. The party’s performance in byelections has been tepid. The gains it had made in Quebec under Jack Layton and Thomas Mulcair are threatened.

In British Columbia, the Greens are siphoning off traditional NDP supporters. One prominent New Democrat is even thinking of running for the Greens.

In Alberta, the federal party’s anti-pipeline position is earning it no friends. Linda Duncan, the party’s sole MP in Alberta says she won’t run in October’s federal election. Her Edmonton seat is not likely to remain New Democrat.

Singh has also managed to antagonize almost the entire Saskatchewan wing of the party. He has done so by evicting Regina MP Erin Weir from caucus for the crime of being socially inept — a sin that put the popular New Democrat in the crosshairs of the Me Too movement (Weir was accused of standing too close to some women and talking too much to others).

Even in Toronto, where the NDP has a chance of winning back some of the seats it lost to Justin Trudeau’s Liberals four years ago, party activists are demoralized.

Talk of using the so-called Leap Manifesto to revitalize the NDP and point it in a more activist direction has produced little.

Is this all Singh’s fault? Certainly, he hasn’t helped. He won the leadership on the poetic slogan of “love and courage.” But he has not managed to translate this into anything real.

Indeed, the most memorable promise he made during that campaign was to eliminate what’s left of the universal Old Age Security program for seniors and wrap any savings into a new means-tested benefit for the elderly poor.

It was a bold move if for no other reason than it ran counter to party policy. Luckily for Singh, few paid much attention to it.

In fact, few have paid much attention at all to Singh. He initially chose not to seek a seat in the Commons in order to spend more time building the party across Canada. But the party remains unbuilt and Singh remains unnoticed.

Now he has changed his strategy and plans to run in a B.C. byelection. If he wins, he will enter the Commons just a few months before it shuts down for the next federal election campaign — raising the question as to why he is even bothering.

If he loses (as some New Democrats privately hope), he will be under pressure to step down as leader.

But Singh alone isn’t responsible for the NDP’s travails. The party remains confused about where it stands on the big issues of the day. It opposes building pipelines to move bitumen from Alberta but is vague about the future of the tarsands themselves.

It supports electoral reform. But, as the results from a recent B.C. referendum suggest, the general public does not.

The party’s position on free-trade deals seems indistinguishable from that of the Liberals.

The NDP has still not recovered from Trudeau’s feint to the left during the 2015 election campaign. Its response has been that the devious Liberals can’t be trusted to deliver on their promises.

But the problem with this strategy is that sometimes the devious Liberals do deliver — as they did with the legalization of marijuana and the Canada child benefit.

All of which leaves New Democrats in a terrible quandary. What can they realistically offer that the Liberals have not already promised? And who is this guy Jagmeet Singh anyway? 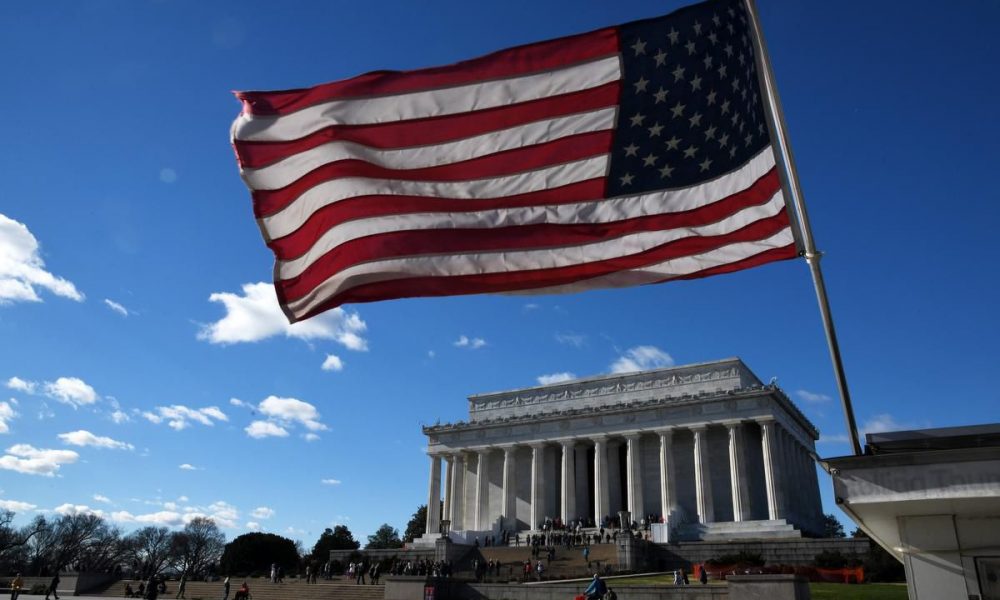 WASHINGTON—The federal government is expected to remain partially closed past Christmas Day in a protracted standoff over U.S. President Donald Trump’s demand for money to build a border wall with Mexico.

On the second day of the federal closure, Trump tweeted Sunday that what the country needs is “a good old fashioned WALL that works,” as opposed to aerial drones and other measures that “are wonderful and lots of fun,” but not the right answer to address the problem of “drugs, gangs, human trafficking, criminal elements and much else from coming into” the United States.

With Trump’s insistence on $5 billion (U.S.) for the wall and negotiations with Democrats in Congress far from a breakthrough, even a temporary measure to keep the government running while talks continued seems out of reach until the Senate returns for a full session Thursday.

From coast to coast, the first day of the shutdown played out in uneven ways. The Statue of Liberty was still open for tours, thanks to money from New York state, and the U.S. Post Office was still delivering mail, as an independent agency.

Yet the disruption has affected many government operations and the routines of 800,000 federal employees. Roughly 420,000 workers were deemed essential and were expected to work unpaid. An additional 380,000 were to be furloughed, meaning they will stay home without pay. The Senate had already passed legislation ensuring that workers will receive back pay, and the House was likely to follow suit.

No one knew how long the closures would last. Unlike other shutdowns, this one seemed to lack urgency, coming during the long holiday weekend after Trump had already declared Monday, Christmas Eve, a federal holiday. Rather than work around the clock to try to end the shutdown, as they had done in the past, the leaders of the House and the Senate effectively closed up shop. But they didn’t rule out action if a deal were struck.

“Listen, anything can happen,” Senate Majority Leader Mitch McConnell told reporters after he closed the Senate’s rare Saturday session hours after it opened.

But after ushering Vice-President Mike Pence through the Capitol for another round of negotiations, the Republican chairman of the Appropriations Committee, Sen. Richard Shelby of Alabama, said a quick end to the shutdown was “not probable.”

At the White House, Trump hosted a lunch Saturday with conservative lawmakers. Absent from the guest list were GOP leaders or any Democrats, who would be needed for a deal.

“I am in the White House, working hard,” tweeted the president, who cancelled his Florida holiday getaway to his club Mar-a-Lago due to the shutdown. First lady Melania Trump was flying back to Washington to be with her husband.

Trump’s re-election campaign sent out a fundraising email late Saturday launching what he called “the most important membership program ever — the OFFICIAL BUILD THE WALL MEMBERSHIP.” The president urged donors to sign up.

With Democrats set to take control of the House on Jan. 3, and House Speaker Paul Ryan, R-Wis., on his way out, the shutdown was providing a last gasp of the conservative majority before the new Congress.

Trump savored the prospect of a shutdown over the wall for months. Last week he said he would be “proud” to close down the government. He had campaigned on the promise of building the wall, and he also promised Mexico would pay for it. Mexico has refused to do so.

In recent days, though, Trump tried to shift blame to Democrats for not acceding to his demand. He has given mixed messages on whether he would sign any bill into law.

Senate Democratic leader Chuck Schumer of New York met with Pence on Saturday at the request of the White House, according to Schumer’s office. But the senator’s spokesman said they remained “very far apart” on a spending agreement.

Schumer said the “Trump shutdown” could end immediately if the president simply dropped his demand for money. “If you want to open the government, you must abandon the wall,” Schumer said.

Democrats said they were open to other proposals that didn’t include the wall, which Schumer said was too costly and ineffective. They have offered to keep spending at existing levels of $1.3 billion for border fencing and other security.

But Trump, digging in, tweeted about “the crisis of illegal activity” at American’s southern border is “real and will not stop until we build a great Steel Barrier or Wall.”

Senators approved a bipartisan deal earlier in the week to keep the government open into February and provide $1.3 billion for border security projects, but not the wall. But as Trump faced criticism from conservatives for “caving” on a campaign promise, he pushed to House to approve a package temporarily financing the government but also setting aside $5.7 billion for the border wall.

The impasse blocked money for nine of 15 Cabinet-level departments and dozens of agencies, including the departments of Homeland Security, Transportation, Interior, Agriculture, State and Justice.

Those being furloughed included nearly everyone at NASA and 52,000 workers at the Internal Revenue Service. About 8 in 10 employees of the National Park Service were to stay home; many parks were expected to close.

Some agencies, including the Pentagon and the departments of Veterans Affairs and Health and Human Services, were already funded and will operate as usual. Also still functioning were the FBI, the Border Patrol and the Coast Guard. Transportation Security Administration officers continued to staff airport checkpoints and air traffic controllers were on the job.