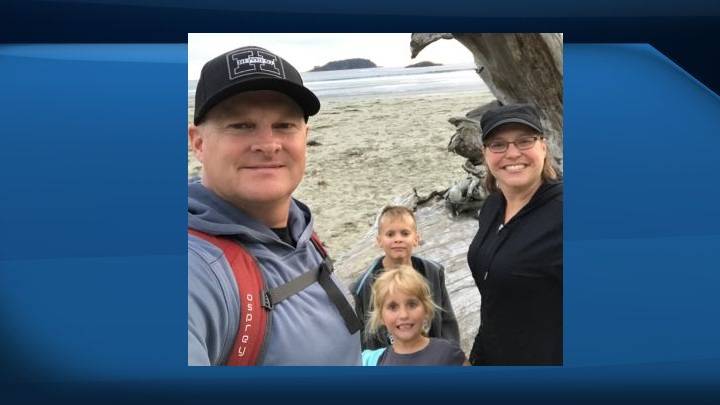 For some parents, having children means settling down and putting some items on their bucket lists on hold for a few years.

But for the Turnquist family, from the small northern Alberta town of Falher, the kids are coming along for the adventure of a lifetime and their parents are pulling out all the stops to make it happen.

Geoff and Patty Turnquist, both in their early forties, are leaving their jobs for now and have sold their home in Alberta’s Peace Country region — along with many of their possessions — to embark on a nearly year-long trek around the globe.

“It’s a short time that we’re here on the Earth, so give’r,” says Geoff, who first developed a taste for travel at a young age when he was a bullrider. “It’s been in the back of our minds for the past five to 10 years probably and it just seemed like the right time.

“We’ve always had the travel bug,” he says. “When you decide to travel, you just have to go.”

Turnquist has resigned from his post on the Falher town council and plans to find a way to continue his work in the insurance sector while he and his family embark on a journey to discover all that the planet has to offer.

Patty is taking a leave of absence from her position at ATB Financial to make the trip happen. She says a recent trip made her and her husband realize their children were ready for an experience like the inter-continental odyssey they’re planning.

“About a year and a half ago, we went to Sweden and Norway with the kids and just did a backpacking trip there — staying in hotels, still being frugal but just having carry-on luggage to make it easier to travel,” she says. “The kids were younger then and they actually did really well.”

A photo of the Turnquists at the original homestead of Geoff’s family in Sweden.

Supplied by the Turnquist family

The Turnquists’ son Reid is nine years old and their daughter Lela is seven.

“For the most part, they (the kids) are excited,” Patty says. “They’re a little bit worried… But… we’ve watched a lot of YouTube videos, we’ve been researching different countries, we’ve talked about all of the different activities and adventures we’ll be having and it does excite them.

“They are excited for the most part, they’re just kind of unsure how this is all going to work out.”

Watch below: (From January 2017) The Zapp family is getting set to put the brakes on 17-year-long road trip.

The Turnquists leave Alberta in the first week of November. Their first stop will be China, but the next few months will see them visit dozens of other countries in Asia, Europe and North Africa.

Geoff says everyone in the family has places they’re particularly excited to visit but there’s a consistent theme in terms of what appeals to his children: “anything to do with water or beach they’re all in.”

A photo of Reid and Lela Turnquist in Mexico where the family swam in a cenote.

Supplied by the Turnquist family

The family has travelled a fair bit before but not like this.

READ MORE: This family of 4 is travelling the world on business class through travel rewards

Watch below: (From June 4, 2017) This family is flying across the globe for free on business class.

The family plans to return to Canada in time for their children to be back in school for the 2019-20 school year, but just because they’ll be moonlighting as world travellers doesn’t mean Reid and Lela won’t have to keep up with their studies.

The Turnquists, who say their children are very good students, are going over curriculum requirements to make sure their kids don’t fall behind. Both children will also update their own blogs to help them keep up their writing skills. Geoff says the whole idea of the trip is in large part to benefit his children and to give them a broader world view.

“We’re doing this to better our family, to better our children, to better ourselves [and] to hopefully inspire others,” he says. “We’re excited to show them… what the world has to offer other than what they just see in front of their face here in Canada.

“There’s so much more that’s out there and they need to know.”

Despite leaving home for almost a year, the Turnquists plan on packing lightly, not even allowing themselves to bring any checked luggage so they can be nimble on their voyage.

“We’re trying to keep it very minimal,” Patty says. “Items we can’t live without… [are] iPads, phones and the MacBook Air so that we can keep in touch and edit videos.”

The Turnquists have people they can connect with in many of the countries they’re going to.

While they may occasionally sleep at a friend or family member’s home, for the most part they will find their own lodging. Geoff and Patty say they plan to adopt the “flashpacker” approach, a way of travelling that they’ve read about online.

Geoff says they’ve come up with their own approach to flashpacking, with the emphasis being on travelling “smart, not hard” and keeping “the humanitarian purpose to travelling” top of mind.