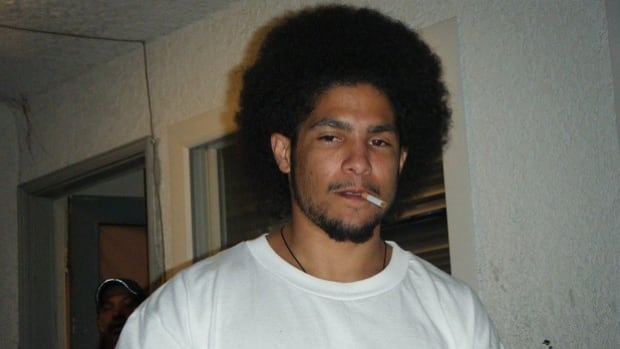 Surrey RCMP have arrested Daon Gordon Glasgow in connection with the shooting of Transit Police Const. Josh Harms on Wednesday at the Scott Road SkyTrain Station in Surrey, B.C.

According to Surrey RCMP, Glasgow was arrested at a home in the 7500 block of Boundary Road in Burnaby at 5:30 a.m. on Sunday morning.

In a press conference on Sunday morning, Assistant Commissioner Dwayne McDonald with Surrey RCMP said that no one was injured in what he described as a « high risk » arrest.

He said the home where Glasgow was arrested was a fourplex, and that the residents of the other three units were evacuated prior to the arrest. Three other people were detained by police, but released shortly afterwards. McDonald said he did not know how long Glasgow had been in the home.

McDonald said Glasgow, 35, is currently being held in connection to an outstanding warrant of being unlawfully at large before Wednesday’s shooting.

Police are now working with the BC Prosecution Service to lay charges in connection with the shooting. 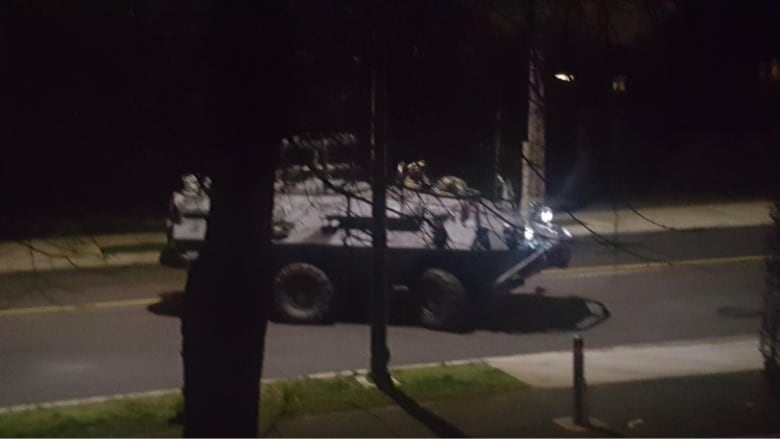 A photo taken by a neighbour in Burnaby shows police vehicles deployed to the scene of the arrest. (Submitted)

Harms, 27, was on regular patrol duty Wednesday when a suspect shot him on the platform of the Scott Road SkyTrain station around 4:20 p.m. PT.

His injuries were not life threatening.

In the press conference Barry Kross, chief of the Metro Vancouver Transit Police, said that Harms is « doing well » and recovering at home.

In the following days police released surveillance footage of a shooting suspect and said they were looking for Glasgow. A sweeping four-day manhunt of the area involved at least 80 officers. Schools and residences were temporarily put on lockdown on Wednesday evening. 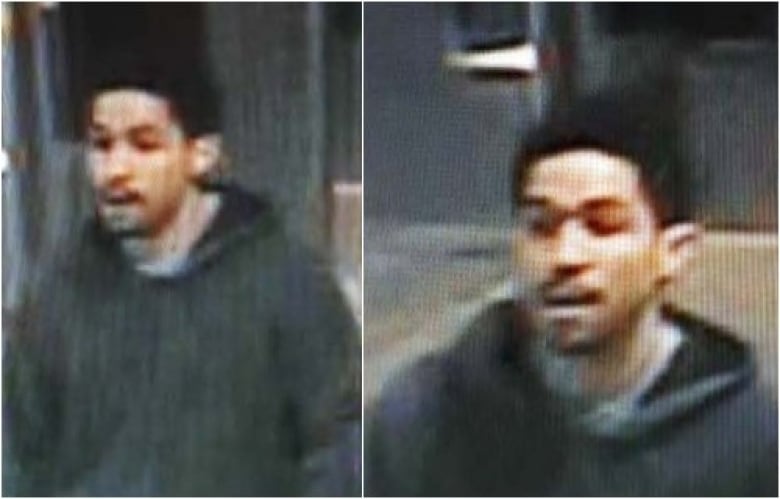 Shortly after the shooting at the Scott Road SkyTrain station, police released images of a suspect, who police identified as Daon Gordon Glasgow. (Surrey RCMP)

« It certainly takes a team effort for an investigation of this magnitude to come to a successful completion, a successful conclusion, as it has today, » Kross said.

McDonald wouldn’t comment on how Glasgow was arrested from the home, but said police « pulled out all the stops given the risk to public safety. »

« In Wednesday’s shooting we had to consider that this was not a targeted event, that the suspect was armed with a firearm and at large in public, and there was a heightened risk for violence, » he said.

« These factors pose an extremely serious risk for public safety and from the outset this has been an extremely complex investigation. »

Glasgow has a previous conviction for manslaughter in the 2010 death of Terry Scott at the McDonald’s near 110th Avenue and Scott Road, just blocks away from where Harms was shot.

According to a release from Surrey RCMP, Glasgow was arrested without incident at 5:30 a.m. at Rumble Street and Boundary Road at 5:30 a.m. on Sunday.

Josh Harms, 27, was on regular patrol duty Wednesday when a suspect shot him on the platform of the Scott Road SkyTrain station around 4:20 p.m. PT.

His injuries were not life threatening.

Glasgow, 35, was previously sentenced to 10 years in prison minus time in custody after pleading guilty to the 2010 manslaughter death of Terry Scott at the McDonald’s near 110th Avenue and Scott Road, just blocks away from the where Harms was shot. 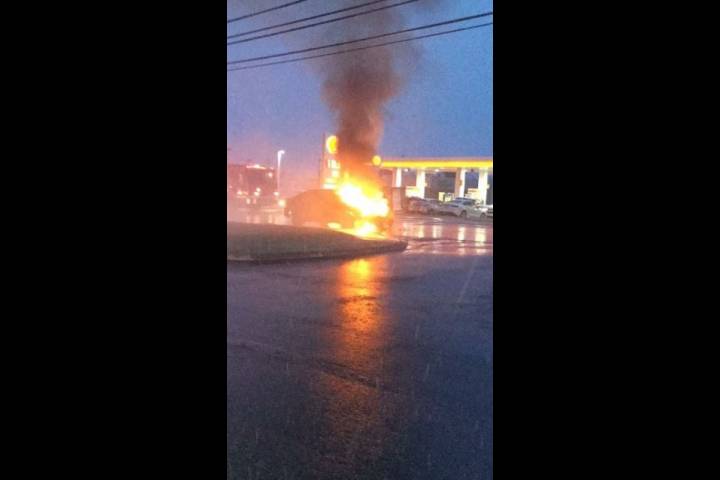 A main road in New Glasgow, N.S., was forced to close for an hour Tuesday night following a fiery two-vehicle crash.

New Glasgow Regional Police say the crash along East River Road, in front of the Aberdeen Hospital, was reported around 4:45 p.m.

Police say the crash involved a Volkswagen car and a SUV travelling southbound.

Both drivers and the three passengers in the SUV were uninjured, according to police, but the Volkswagen sustained significant damage after catching fire.

Police say the Volkswagen was towed from the scene, causing the section of East River Road to close for an hour.

The cause of the crash is still being investigated.