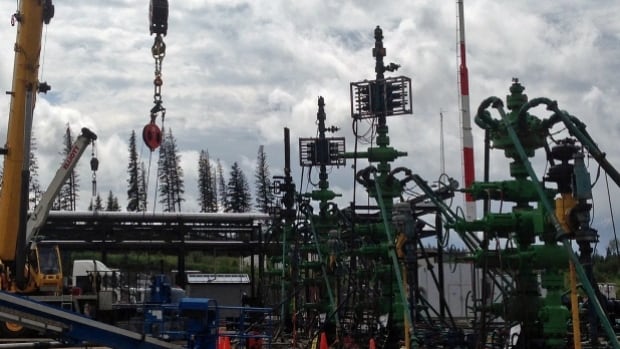 The B.C. Oil and Gas Commission is shutting down oilfield fracking operations for at least 30 days in an area of the province’s northeast while it investigates earthquakes that occurred there on Nov. 29.

It says the company immediately suspended that work and it won’t be allowed to resume without the written consent of the commission.

According to Natural Resources Canada, the 4.5 magnitude earthquake was felt in Fort St. John, Taylor, Chetwynd and Dawson Creek but did no damage. It was followed by two smaller aftershocks.

Hydraulic fracturing involves injecting large amounts of water, sand and chemicals into a well to break up tight rock underground and allow trapped oil and gas to flow.

The technology, along with injecting oilfield liquids into disposal wells, have been linked by the B.C. commission to previous incidents of « induced seismicity, » although it notes on its website none of the events in B.C. have resulted in hazards to safety or the environment or property damage. 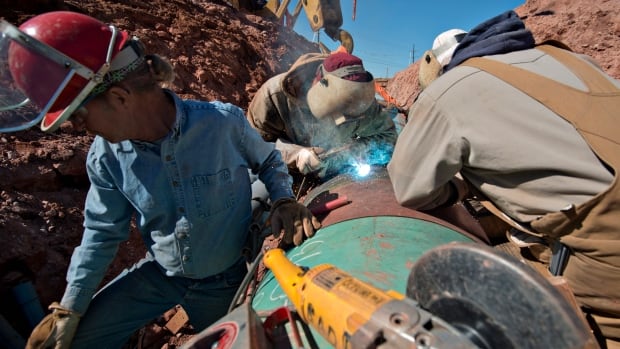 A federal judge in Montana has filed an injunction to stop construction on the TransCanada Keystone XL pipeline on Thursday.

Brian Morris, the district judge in Montana, filed a 54-page order addressing allegations from Indigenous and environmental groups, alleging the U.S. Department of State made several violations when it approved the Keystone project.

Dennis McConaghy, a former executive at the Calgary-based TransCanada Corporation, said the ruling is bad news for Canada.

« This would be very, very problematic and put even more pressure on a Trudeau government to get the Trans Mountain pipeline built, » he said. « Canadians should hope that this thing is vigorously litigated and reversed. »

And he guesses the ruling will be looked at and reversed in a higher court.

In August, Morris ruled that the State Department was obligated to « analyze new information relevant to the environmental impacts of its decision » to issue a permit for the pipeline last year.

Order can be appealed, lawyer says

Stephan Volker, who represented the Indigenous Environmental Network called the order a win.

« When the Trump administration reversed course it failed to address those factual findings, » Volker said. « Under a number of different laws in the states administration has to explain the reasons why it feels it can change a decision when it was made contrary to actual findings in the past. »

Volker said the Keystone XL project violated several environmental laws and emphasised that the Trump administration failed to address a key flip flop from a previous ruling by former Secretary of State John Kerry in 2015.

During Barack Obama’s presidency, Kerry ruled that the project wasn’t in the public interest, citing climate change issues and alleging the project wouldn’t be the economic driver it promised to be.

Volker said the judge’s ruling means the project has been set aside and can’t proceed — but the order can be appealed.