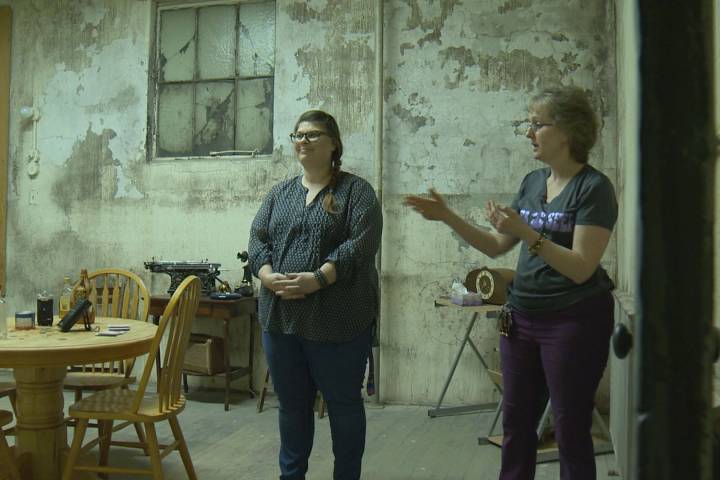 A century-old building in Regina’s Warehouse District has become a hotbed for paranormal activity, ghost experts say, and is drawing in tourists, wanting to connect with spirits.

The old Sears bargain centre dates back to 1918, when it was first built by Eaton’s. Then in the 1980’s Sears moved in, but closed its doors in 2017, leaving the building largely vacant.


READ MORE:
Sears set to close 4 stores in Saskatchewan including one in Regina

“They were a major anchor in this place and so we were trying to find a way to keep the building thriving and the area itself,” said Chrysta Garner, manager of the Centennial Market. .

Now home to the Centennial Market, Garner says the building was first found to be haunted after finding an old room that had been boarded off, and a team of paranormal investigators were brought in.

Once word got out that the building was haunted, Garner says it sparked the idea to give tours on a monthly basis.

Deb Mathias, known as Deb the Seer, now leads the charge. Seven days a week she can be found doing readings at Deb’s Cozy Cove, nestled away in Old Sears bargain centre at the Centennial Market.


READ MORE:
‘I actually spoke to her’: Regina board game cafe haunted by ghosts

“I tell people all the time I’m not a psychic — I can see,” Mathias said. “What’s the difference? Psychics basically know; I am clairsentient, so I can see, smell, taste, hear and feel when I’m doing readings.”

The goal now is to restore parts of the old building with money collected from the tours, bringing it back to its former glory — ghosts and all.

“There’s 13 of our regular ghosts, but we have about 100 spirits in here,” Mathias said. “I want people to understand that our people are people without meat suits. They’re people just like you and me they have personalities — they have feelings.”

Like people, Mathias says ghosts also have needs. Which is why a museum is also in the works as part of the tour and is filled with items requested by spirits, such as an old radio, ballet slippers and old pictures.

“They want these things because it reminds them that they are appreciated and wanted and welcomed,” Mathias said.

Mathias is also writing a book based on the stories of the spirits, with proceeds eventually going directly to restoration.

Anyone wanting a tour can register in person or through e-mail at admin@centennialmarket.ca. 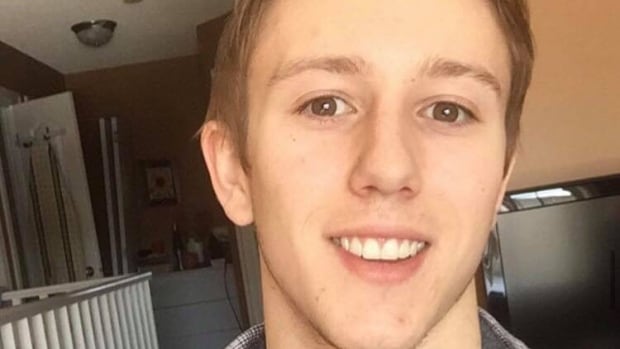 As Sun Peaks, B.C., prepares for another busy ski season, the mystery of Ryan Shtuka’s disappearance continues to haunt the Interior resort town.

Shtuka, 20, vanished one cold night in February after leaving a house party. Despite extensive searching in the months since, no clues have emerged as to his whereabouts.

While the investigation into Shtuka’s disappearance remains open, the lack of clues and a tight-lipped RCMP has sparked wild speculation and instilled lingering fears in the community of Sun Peaks, which lies around 60 kilometres northeast of Kamloops.

« He just seemed like a really good guy, really genuine and confident. … Everyone liked him up there. He never made any enemies, » said Madelyn Piggin, who worked with Shtuka at the Sun Peaks tube park.

« It’s just such an unreal thing to happen that I still think he’ll show up one day and he’ll be fine. »

« I think everybody did get pretty emotionally involved, especially if you were a younger person and you knew Ryan. The fact that we haven’t been able to return Ryan home to his family has been incredibly painful for everybody up here. » 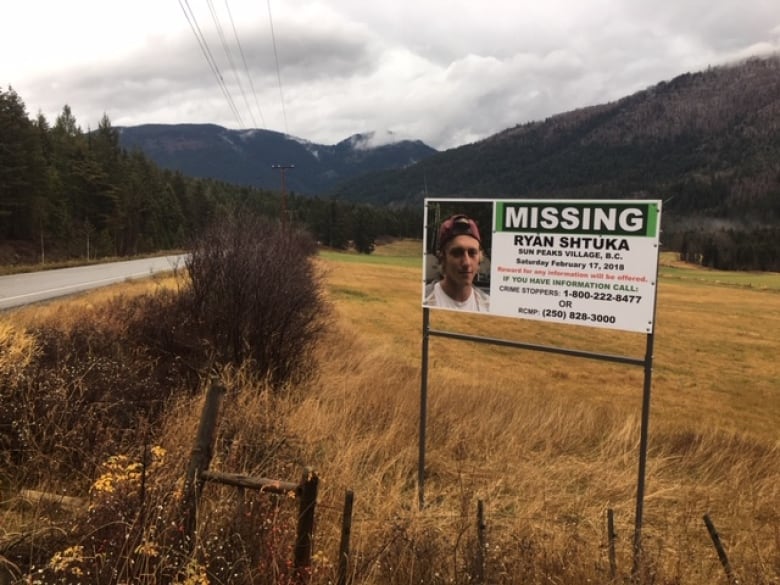 Signs and posters regarding missing person Ryan Shtuka are posted all over B.C. (Shelley Joyce/CBC)

Shtuka, a seasonal worker from Beaumont, Alta., left a house party at approximately 2 a.m. on Feb. 17, according to police. He hasn’t been seen since.

In the days and weeks following his disappearance, hundreds of volunteers from Alberta and British Columbia, along with local search and rescue teams and the RCMP, searched the village and surrounding forests, trails and mountains, looking for something that might lead to more information about what happened that night.

The initial concern from friends and first responders was that Shtuka had fallen into a gully, which was covered by heavy snow later that weekend. But even as the snow melted into spring, no sign of him was found.

« When somebody goes missing, until there is a definite conclusion as to where the body is, then it’s an open investigation, » Kamloops RCMP Cpl. Jodi Shelkie said.

Schier called the silence from the RCMP a « vacuum of information. »

« Misinformation has just been all over place, » she said.  « Tons of rumours. Spiritual mediums are getting involved. »

« Abduction to sex trafficking, to being involved in [the] drug trade, to aliens, to animal attack, » she said. « Any other wild theory you can think of has come up online, I think. » 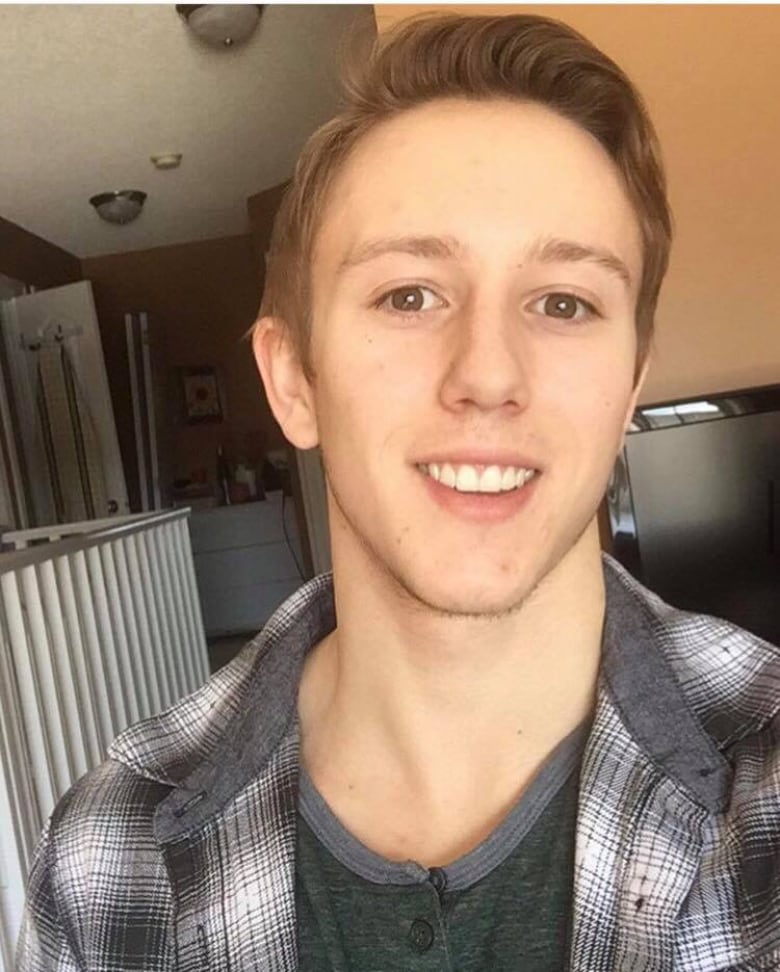 Shtuka, from Beaumont, Alta., was working as a lift operator at the Sun Peaks resort. (Submitted)

Beyond rumours and speculation, Shtuka’s disappearance has instilled an element of fear into the community, particularly among young seasonal workers, Strong says.

She said they can relate to Shtuka and don’t know whether or not his disappearance was an isolated occurrence.

« I think in some ways that makes people worried, or anxious or afraid, » said Strong, who added that some people are too uncomfortable to walk home alone at night in the area where Shtuka was last seen.

Jim Reid, who was staying with friends near the house where Shtuka lived on the night the 20-year-old went missing, told CBC he heard an unusual interaction outside in the middle of that night.

He said the person he heard was yelling, « get in the car, get in the f–king car. »

Reid says he reported what he heard to police, but, after they called him back several times, he hasn’t heard anything since.

Those who believe Shutka’s life came to a violent end include retired RCMP investigator Bryan Smith, who travelled from Alberta to help with the search at the request of a Shtuka family friend.

Smith, a Mountie for 25 years who had investigated several missing persons cases, has also worked as a ski patroller and horseback guide and has experience with many backcountry searches.

His initial conclusion was that Shtuka had wandered into the deep snow and got lost in the rugged terrain around Sun Peaks.

However, an interview with one of Shtuka’s friends changed his mind.

« The friend seemed to be very nervous and very afraid for himself, which was unusual to me, » said Smith, who would not reveal the friend’s name.

« My gut told me that this was most likely a homicide, not just a missing person. »

Smith said he shared his findings with the RCMP.

But after extensive interviews with everyone involved with Shtuka, police say they have no reason to believe foul play was involved.

« At this time there is no evidence that anything criminal happened, » Shelkie said, adding that RCMP do not believe people in the Sun Peaks area should be concerned about their safety. 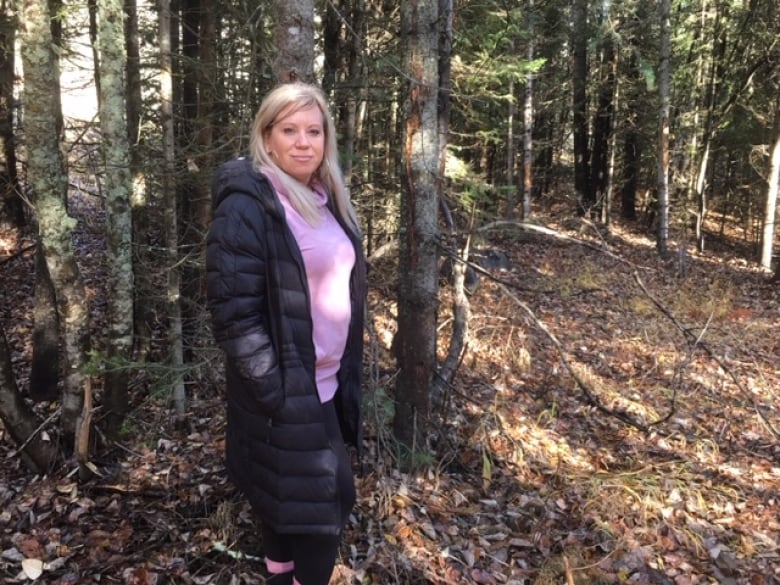 ‘We want to believe that we’ll find him’

Above all, the silence has weighed heaviest on Shtuka’s family.

His parents, Heather and Scott, rallied volunteers and spent four months searching Sun Peaks and the area around the town.

Heather Shtuka finds it improbable that her son met a violent end.

« He’s not confrontational, he’s not an instigator, he’s not one of those people that would go out of his way to start something, » she said

« He was great, funny, a loyal guy, sarcastic, and great with his friends. »

But they’re still no closer to finding an answer to what happened.

« We want to believe that we’ll find him, that a parent’s love will be so strong. »

Daybreak’s Shelley Joyce set out on a mission to find out what happened to missing 20-year-old Ryan Shtuka, who was last seen leaving a house party at Sun Peaks. She spoke with people who have never talked to media before about what they believe happened that cold night in February, 2018. 26:26