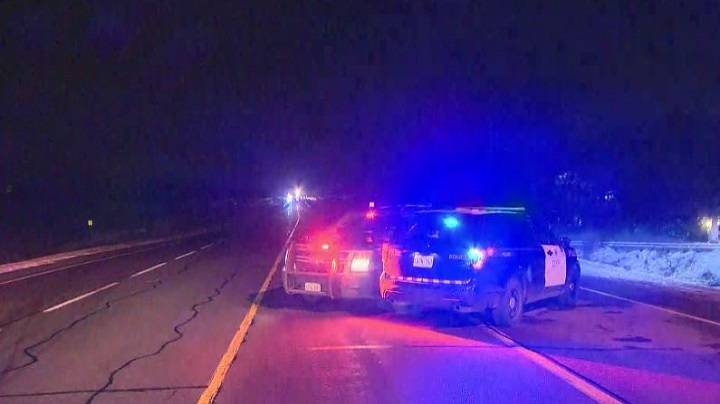 Ontario Provincial Police say a man and a woman, both in their 60s, are dead after a head-on collision just west of Newmarket Thursday night.

Police said officers responded a collision between two vehicles on Highway 9, between the 11th and 12th concession at 6:15 p.m.

Const. Tracey Lacarte said a car with one male occupant and a pickup truck with two female occupants were both travelling westbound when the collision took place.

Lacarte said the man was pronounced dead on scene. The two women were taken to hospital, one in Newmarket, the other in Toronto.

She said the woman in Newmarket has succumbed to her injuries, while the woman in Toronto remains in life-threatening condition.

It is not clear what led up to the incident.

The area has been closed for the investigation.

Witnesses or anyone with information is asked to contact the OPP Aurora detachment at 905-841-5777. 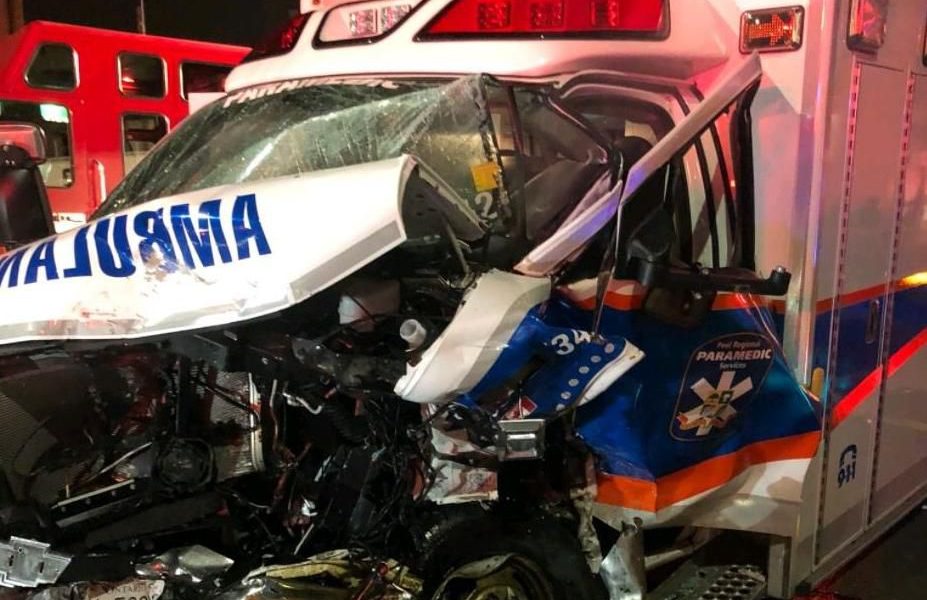 A man has died after his BMW collided head-on with an ambulance in Brampton Wednesday night, Peel Regional Police say.

Officers received a call just before 8:30 p.m. regarding a collision near McMurchy Ave. and Queen St. W. The ambulance had been travelling west on Queen St. W. and was waiting in the intersection to make a left-hand turn, when a BMW travelling east struck it head-on, Peel police Const. Danny Marttini told the Star.

The male driver of the BMW died at the scene. Two paramedics suffered minor injuries in the crash.

Police said the driver of the BMW was alone in the vehicle. The ambulance did not have a patient on-board at the time of the collision.

The Peel Paramedic Union tweeted a picture of the heavily damaged ambulance saying, “Paramedicine is an ultra hazardous profession.”

They also tweeted confirming that both paramedics were in stable condition and enjoying a hospital visit from the union president.

A tweet from Peel Paramedics acknowledged the fatal collision, saying “these calls leave us all shaken.”

“Our deepest condolences to the family of the other driver.”

Investigators are canvassing the area and speaking to witnesses. While the investigation is ongoing the intersection of McMurchy Ave. and Queen St. W. will remain closed. 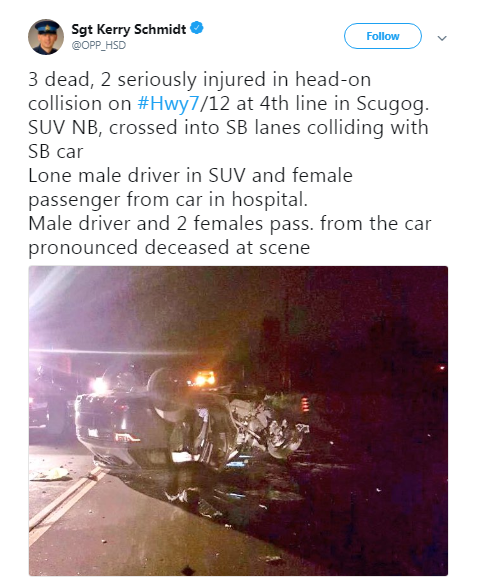 Police were called to the scene at 1:14 a.m after a two-vehicle crash on Highway 7/12 at 4th Line in Scugog Township, northeast of Toronto.

An SUV travelling northbound with one occupant moved into the southbound lanes of the highway, hitting a southbound sedan with four people inside, according to Sgt. Kerry Schmidt.

Highway 7/12, which was closed overnight in both directions between Scugog 3rd Line and Scugog 4th has since reopened. 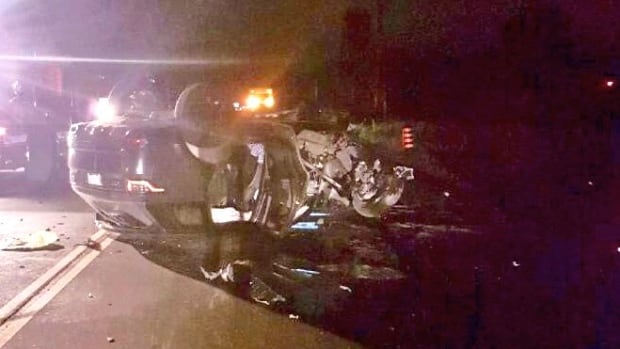 Three people are dead and two others are critically injured after a head-on crash near Port Perry, Ont., early Saturday.

Provincial police say the two-vehicle crash occurred on Highway 7/12 at 4th Line in Scugog township, which is about 80 kilometres northeast of Toronto. Police were called to the scene at 1:15 a.m.

A northbound SUV with one occupant crossed into the southbound lanes of the highway, striking a southbound sedan with four occupants, according to Sgt. Kerry Schmidt, spokesperson for the OPP’s Highway Safety Division.

OPP trying to determine what happened

« The investigation is still obviously ongoing. There’s a lot of work left yet to be done, » Schmidt said on Saturday.

« Our collision reconstruction team is actively working and going through all the evidence, trying to determine exactly what happened and why. »

Highway 7/12 — all lanes of which were closed in both directions between Scugog 3rd Line and Scugog 4th Line as officers investigated — has been reopened.

3 dead, 2 seriously injured in head-on collision on <a href= »https://twitter.com/hashtag/Hwy7?src=hash&amp;ref_src=twsrc%5Etfw »>#Hwy7</a>/12 at 4th line in Scugog. <br>SUV NB, crossed into SB lanes colliding with SB car<br>Lone male driver in SUV and female passenger from car in hospital.<br>Male driver and 2 females pass. from the car pronounced deceased at scene <a href= »https://t.co/8CZe2DIa18″>pic.twitter.com/8CZe2DIa18</a>