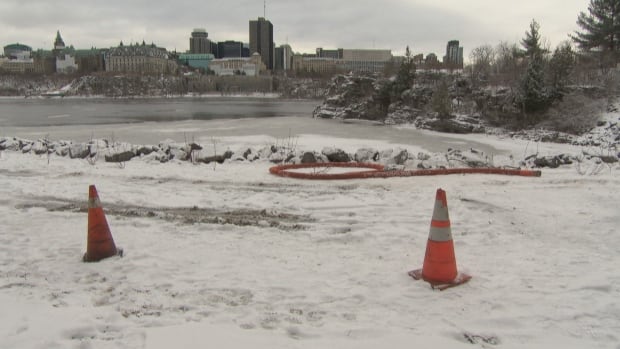 An undetermined amount of heating oil has ended up in the Ottawa River after a spill in downtown Gatineau, Que., near the offices of the provincial environment ministry.

The spill happened at 170 rue de l’Hôtel de Ville during a delivery Friday, according to an email from ministry spokesperson Alexandre Ouellet, the regional director of the Outaouais Environmental Control Center.

Initially, the Quebec Ministry of Environment and Fight Against Climate Change said the spill, also near the city’s courthouse, was between 700 and 1,200 litres.

A Saturday morning update downgraded the amount to 200 to 300 litres. 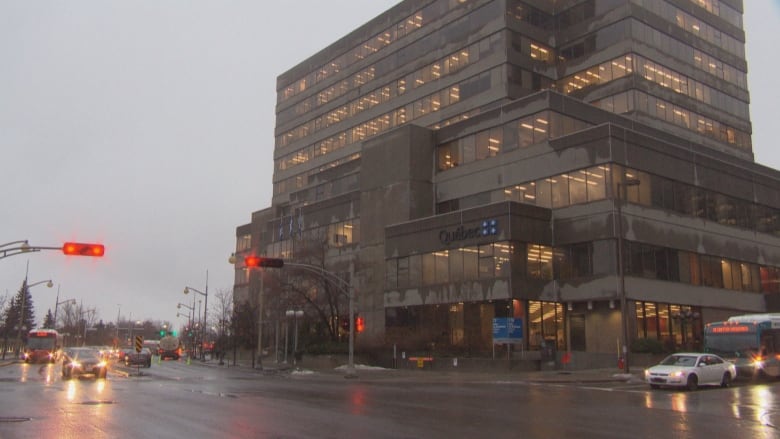 The spill happened at 170 rue de l’Hôtel de Ville, according to a spokesperson with the environment ministry in Quebec. (Radio-Canada)

Ouellet said the oil spilled onto the pavement and into a storm drain flowing into the Ottawa River. An environmental emergency team was sent in to ensure that necessary measures to protect the environment and keep people safe were put in place, he said.

Ouellet said temporary barriers known as booms were deployed to limit the amount of fuel that reached the river — and that they had contained most of the oil.

On Saturday morning, new checks were made at the Ottawa River, he said, and no oil sheen could be seen on the surface.

The impact to the river is still considered low, and the recovery work was expected to wrap up around noon Saturday, according to Ouellet.

While it’s impossible to tell how much of the fuel reached the river because of its icy conditions, Ouellet said it appears the river wasn’t seriously affected. He said Gatineau’s drinking water quality was likely not compromised, but the city has been notified of the situation as a preventive measure. 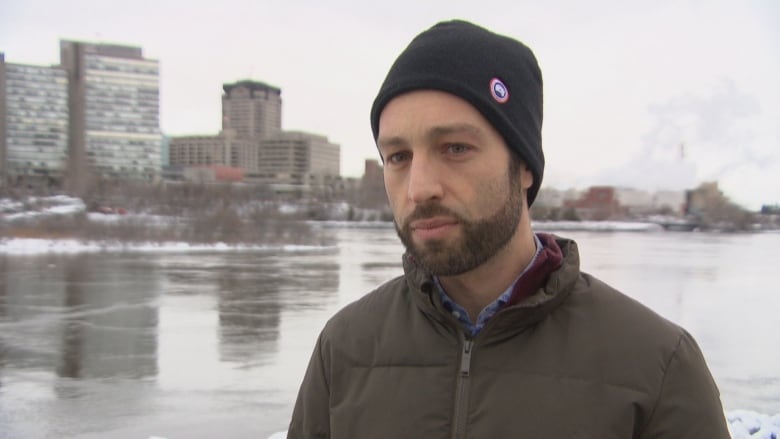 Ottawa Riverkeeper executive director Patrick Nadeau says his group will be following up to see what happened during the oil spill. (Radio-Canada)

Ottawa Riverkeeper, a grassroots charity dedicated to protecting the river and its tributaries, said that while it doesn’t consider the oil spill major, it will be investigating to understand precisely what happened and to make sure the emergency response was adequate and timely.

The fact the oil spilled into an ice-covered river in wintertime, Nadeau said, will make the clean-up efforts difficult.

« In our opinion probably very little oil that reached the Ottawa River last night would have been able to be recovered, » Nadeau said.

« Oil of course is toxic to the aquatic species, so it’s not good news to have that entering our waterways. »

The Ottawa River is also the source of drinking water for some two million people, he added. 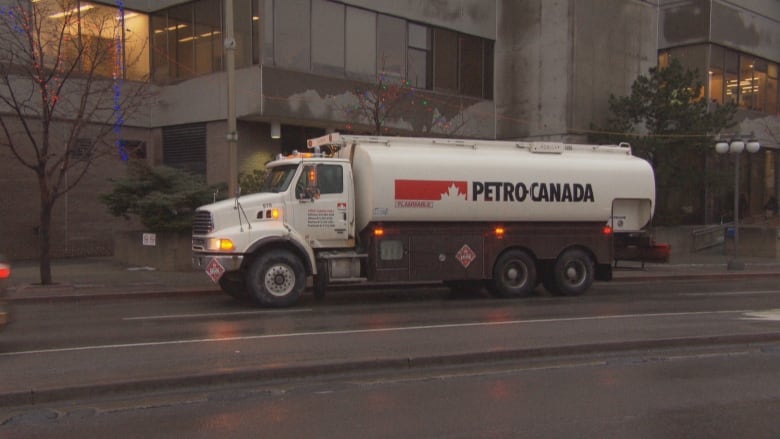 A Petro-Canada truck is parked at the scene of an oil spill in Gatineau, Que., on Dec. 21. The company’s spokesperson said a third-party Petro-Canada fuel distributer, Petro-Canada Fuels, responded to the incident. (Radio-Canada)

Teams from the environment ministry, the City of Gatineau and Petro-Canada were on scene late Friday to contain the spill.

A Petro-Canada spokesperson told Radio-Canada that a « response plan was immediately initiated » following the spill and that the ministry and local officials had both been notified.

The City of Ottawa said it was also aware of the incident.