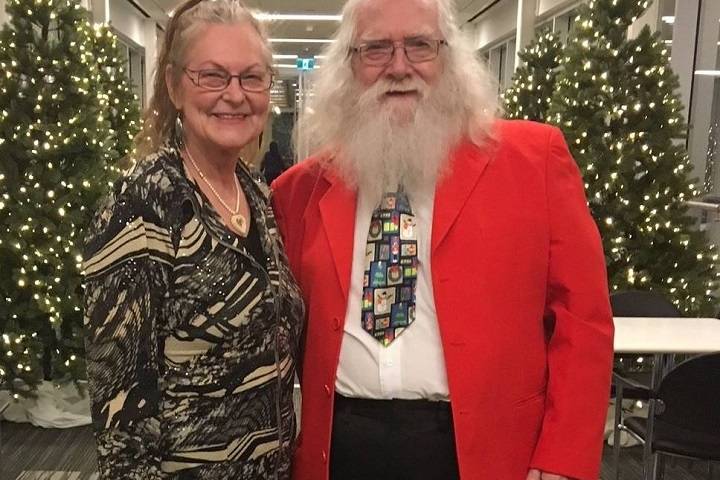 A longtime Santa Claus helper at CF Polo Park has died at the age of 77.

Brian Sanderson, who had played one of Santa’s best helpers at the Polo Park mall for the last 26 years, died in his sleep on Halloween, according to Lillian Harrison, who has played a Mrs. Claus helper with him for the last eight years.

“He was Santa Claus 365 days a year,” Harrison said. “He had the real beard, and whenever he would go into a store and kids would come by, they would say to him: ‘Look, there’s Santa,’ and he would go, ‘Ho Ho Ho,’” Harrison said.

Sanderson had also participated in Winnipeg’s Santa parade for a number of years.

“He had this little glitter in his eyes,” she said. “The magic of Christmas seemed to be with him.”

Messages of condolence have been flooding Harrison’s voicemail and social media feeds. She said the outpouring of support has been overwhelming.

“He has such a following and he was loved by so many people,” Harrison said. “The real Santa is what we call him.”

Harrison said she will no longer be Mrs. Claus’ helper at Polo Park after breaking her ankle last week. She is also in need of a knee replacement.

However, she is sure Christmas will be in good hands going forward and that Sanderson will never be forgotten.

“Kids would always ask him how long he’d live, and he’d say forever, forever in their hearts,” she said.