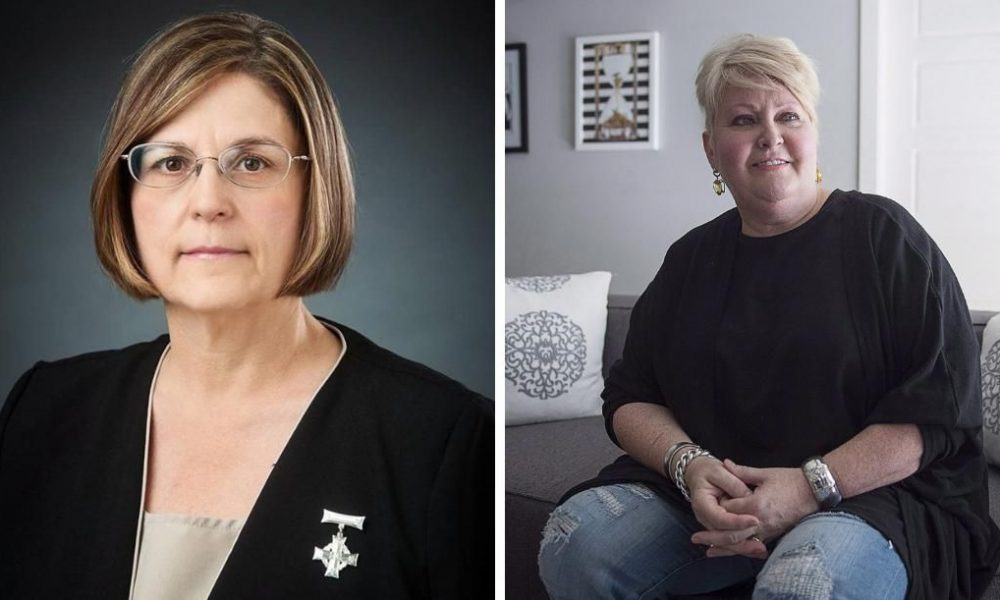 If we didn’t use the word “extraordinary” at every turn, it would be a perfect word to describe the actions of both Anita Cenerini and Audrey Parker.

Cenerini, 56, of Winnipeg, lost her soldier son to suicide in 2004. Parker, 57, from Halifax, lost her life to metastatic breast cancer in a widely publicized medically assisted death last week.

It’s doubtful either woman would have made it into our public consciousness if it weren’t for these personal tragedies that befell them.

Yet it wasn’t simply their tragedies that made them newsworthy. It’s how, as ordinary citizens, they reacted to them.

Each of them, in acting bravely and publicly, have changed the national conversation around a pivotal and painful social issue. How many of us can claim that kind of impact?

For one year, Cenerini will represent all mothers who have lost a son or daughter to military service. What makes her honour significant is that she will be the first mother of a soldier who died by suicide to hold the title.

Her son, Private Thomas Welch trained as an infantryman, served in Afghanistan in 2003, and less than three months after returning to Canada, hanged himself at the army base at Petawawa, Ontario. Thomas was 22 when he died.

Cenerini, after researching symptoms of post traumatic stress disorder (PTSD) fought for years to have her son’s death reclassified as a military death. It finally was reclassified in 2017. An investigation in the Globe and Mail revealed he was the first soldier to die by suicide after serving in Afghanistan.

Cenerini made public painful details of the changes in her son’s mood and demeanour after his tour of duty. Once quiet and cheerful on the job, Welch became agitated, angry and withdrawn after his stint in Afghanistan. He was never diagnosed or treated.

After being named Silver Cross Mother, Cenerini issued a statement: “The emotional, psychological and spiritual injuries our soldiers endure in service to their country may be injuries we have difficulty understanding or accepting … but we can no longer allow fear and ignorance to deny these soldiers the honour they deserve in their deaths, and the dignity and respect for the families left to mourn.”

You can bet she will use her year long position to reinforce that point. Bravo to the Legion for giving her the opportunity to do so.

In Halifax, on the same day Cenerini was announced as a Silver Cross Mother, Audrey Parker, 57, was getting ready to die.

She had been diagnosed with stage 4 breast cancer in 2016, which had now spread to her bones and she had already been approved for a medically assisted death.

There was just one problem. Parker would have liked to hang on at least until Christmas but she was worried that because the cancer had begun to invade the lining of her brain, she might not at a future point be able to give the legally required late stage consent.

And so she went public with her decision to end her life before she was quite ready to do so, hoping it would spur the policy-makers to change the requirement for late stage consent in her category.

Like many others who saw her being interviewed, I was struck by how cheerful and even glowing Parker looked. It unnerved me. This woman can’t be ready to die, I thought.

Yet die she did, surrounded by loved ones and leaving a poignant Facebook post saying “I died a beautiful death.”

She also made the point that if it weren’t for a rigorous legal stipulation that she, who had a right to live and die as she wished, had to give that final late stage consent right before a lethal injection (in place no doubt to protect the vulnerable) she’d still be with us, no doubt wearing her cluster of bracelets and paying fastidious attention to all the details that made her who she was.

I loved her self written obituary, talking about her childhood, her education, her love of dancing (she was an “underage disco queen”) and chronicling her years as a businesswoman and fundraiser who never dreamed that with her dire medical diagnosis she would turn into an advocate for changes in the laws around medical assistance in dying.

Dying With Dignity Canada will submit “Audrey’s Law” to the federal government, asking for an amendment that will abolish late stage consent for those like Parker already approved for a medically assisted death.

This Friday Audrey Parker will be celebrated at a memorial service in Halifax. Before she died, she invited everyone to come, and even better, petition their member of parliament for changes to the law.

Two days later, Silver Cross Mother Anita Cenerini will lay her wreath in Ottawa and be honoured at a luncheon.

In an era in which politicians suck up so much oxygen loudly proclaiming to be doing what they’re doing — good, bad or unspeakable — on behalf of “ordinary people”, it’s worth saluting these two women. For their quiet heroism, and their grace and persistence in using their personal tragedies as an opportunity to change lives.

Not so ordinary after all.

Judith Timson is a Toronto-based writer and a freelance contributing columnist for the Star. Follow her on Twitter: @judithtimson