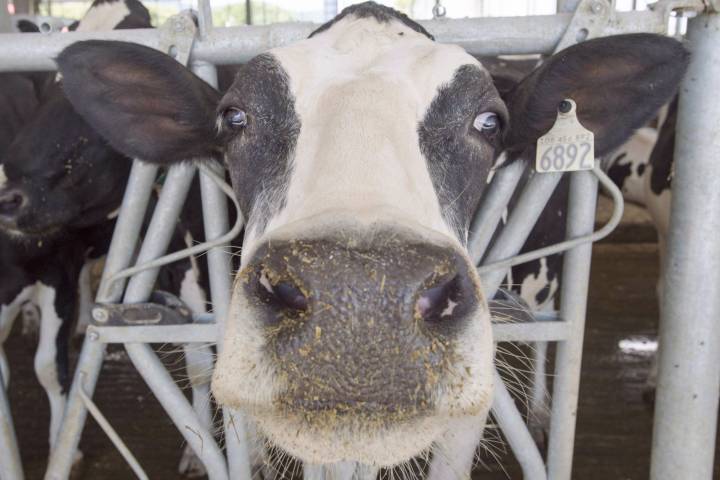 The new and improved NAFTA — called the U.S.-Mexico-Canada Agreement — has opened the door to allow U.S. milk into the Canadian market.

Canada has agreed to provide U.S. dairy farmers access to about 3.5 per cent of its approximately $16-billion annual domestic dairy market.

Along with outrage in support of the livelihoods of Canadian dairy farmers, Canadians are also concerned about the U.S.’s use of hormones on cows and the effect it will have on the milk they drink.

The hormone is banned in Canada and Europe because it’s been found that “it’s too stressful for that cows and it was rejected in this country or made illegal based on animal welfare grounds,” explained researcher Marie-Claude Fortin.

The Animal Welfare Institute says the increased lactation period for cows doubles the “metabolic stress” of the cow, and increases the rates of illnesses in the cows.

It isn’t banned in the U.S.

Only about 20 per cent of U.S. farmers use the hormone, Fortin says since the synthetic hormone is identical to the natural hormone, it’s impossible to tell whether the hormone is present in milk.

As for effects on human health, the bovine hormone rBGH can trigger an increase in another hormone called IGF-1 which has the capacity to impact humans.

Health Canada found no evidence of adverse health concerns from the hormone, which is also called rBST.

But Fortin says the science isn’t clear on how much this second hormone can affect us.

“We have some studies in the United States that have looked at its possible impact on humans. … It’s not clear if there’s an increase in potential for the development of tumours or cancer.”

A study commissioned by Health Canada said there was not yet evidence to suggest IGF-1 is carcinogenic to humans, but that the worldwide scientific community will continue to study the matter.

No way to tell

While some dairies attempt to use farms that don’t use the growth hormone, there’s no test or third-party certification.

“It means that if Canadian consumers do not want to have dairy products (or) milk that comes from cows that have received this hormone, (there) is really very little we can do,” she said.

Once American milk starts coming into Canada, Fortin says processing plants will have to update their policies.

“Right now the different packages or labelling types that we see across the country are not are not equal in how much they disclose,” Fortin said.

“There’s nothing in any regulation of any source that requires that processing plants to disclose where the milk comes from because it has always come from Canada [previously].”

The one thing Canadians can do, is look for the “100% Canadian” logo on their dairy products — which has prompted both Canadian companies and consumers to talk about “buying Canadian.”