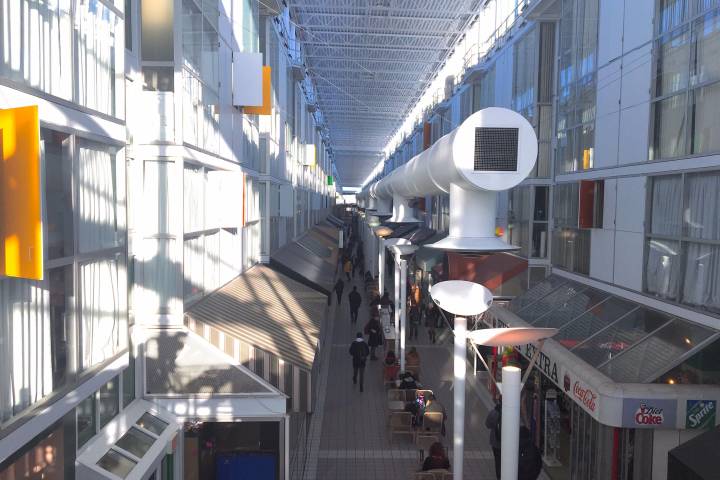 Students are calling for security upgrades at one University of Alberta residence as a rising number of incidents leave them feeling unsafe.

HUB, which doubles as a mall and student residence, has seen a rise in occurrences requiring security or peace officer intervention for each of the past four years, according to a November report by the university’s Protective Services.

“The areas in HUB closest to LRT and main entrances … those were worse spots, and, actually, the LRT spot was the worst on campus,” said Jared Larsen, who is the president of the HUB Community Association.

Incidents by the numbers

Trespassing has accounted for the largest proportion of the incidents in 2018, followed by theft. The report also lists two assaults and one sexual assault.

Most of the incidents took place on weekends during the late-night to early-morning hours, the report said.

HUB experienced about three times the amount of trespassing and suspicious persons situations as any other U of A building in 2017, according to a separate June report.

The vast majority of HUB’s 732 residents who completed a recent survey favoured restricted access at entrances after business operating hours, according to Larsen. It is currently the only residence on campus with open, 24-hour access.

Security updates are necessary due to growth and changes in the surrounding community in the decades since HUB was built, operations director Robert Pawliuk told Global News.

“What’s changed is our environment around us,” Pawliuk said. “We didn’t have the security concerns that we [have now.]”

The university plans to hire an external consultant to identify “holistic” solutions to security concerns, according to Pawliuk.