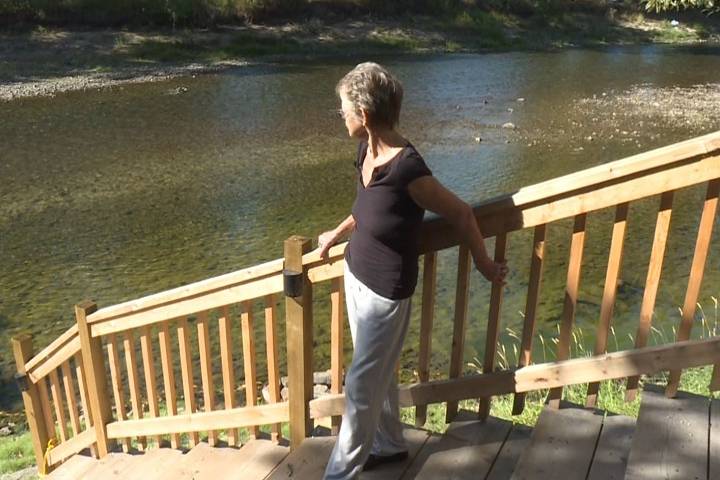 “I thought I’d be here forever. And now they’re going to uproot me.”

Life since the floods has been a struggle for 70-year-old Grand Forks resident Lyn Darling. The hardest part has been the uncertainty.

“Being on my own, it’s very, very stressful,” she said.

Darling has to move, but, like many, she doesn’t know when.

In order to prevent future flooding disasters, the city plans to buy out all of North Ruckle, the trailer park, and parts of other neighbourhoods . . . if the federal and provincial governments can produce the cash.

“People come into the office and they are crying because they don’t know what to do next,” said Graham Watt, recovery operations manager. “Their family members are hurting and the uncertainty is really painful.”

But as the clock ticks towards freezing temperatures, the priority now is housing those still left homeless by this year’s floods.

To do that, the city says it needs $3 million from the province, and soon.

“Before the flood happened, there was already a critical shortage of housing in the community,” said Watt.

The province says it continues to provide financial assistance to flood victims, and it’s looking to increase temporary housing options for winter. It’s also fast-tracking two housing projects that will mean approximately 100 new homes, although those aren’t expected to be complete until next year.