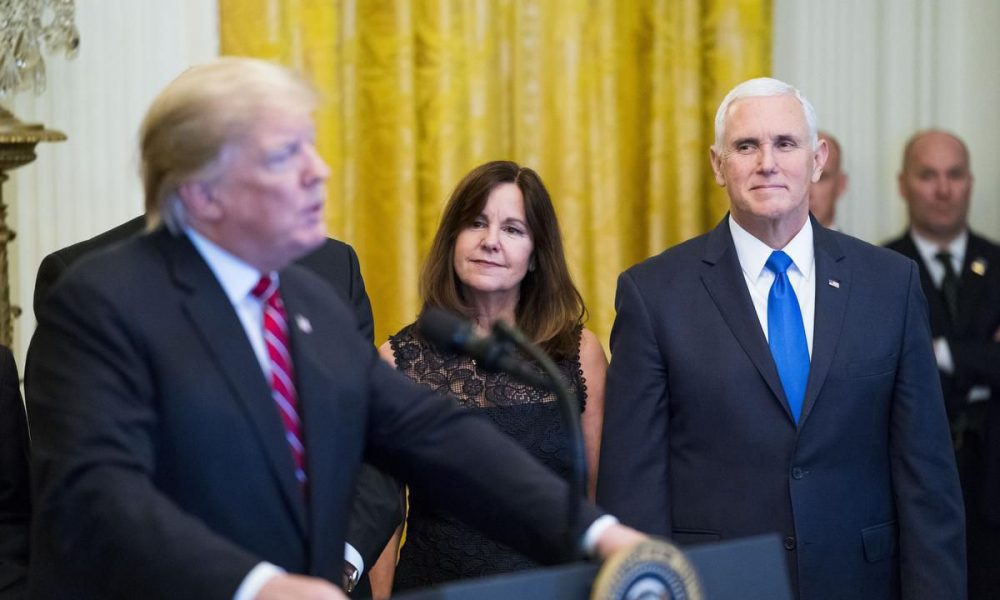 To those who view the next 12 months with unspeakable horror, O ye of little faith.

I have some good news to impart.

Having stared into the abyss for two years since Donald Trump’s election, at least part of the world seems on the verge of scampering back to safety.

As proof, here is an early peek at the top 10 international headlines of 2019.

America’s great constitutional crisis over Trump’s presidency finally unfolds. In spite of Trump’s attacks, special counsel Robert Mueller is able to issue his report, which is a scathing condemnation of the president and his family for committing a multitude of crimes. He concludes that Trump is an illegitimate president acting more like the boss of a crime family in the pocket of the Russian mafia than the duly elected head of the world’s oldest democracy. Mueller reveals that Trump conspired with the Russian government to steal the 2016 election and worked tirelessly after that to cover it up.

2. Impeachment of a president

Even though Trump’s actions have long been alleged and suspected, Mueller’s report has an explosive impact on American public opinion. Trump’s approval rating immediately plunges to less than 20 per cent. Even the Republican party becomes bitterly divided. The Democratic-controlled House of Representatives swiftly responds by voting to impeach the president, which means that a Senate trial will determine whether Trump will be removed from office.

Even if Trump survives in the Republican-controlled Senate, it becomes clear he could never be re-elected in 2020 and he realizes he may end up in jail. Once out of office, Trump would face criminal charges that have already sent his former aides to jail. Just as the Senate trial is to begin, Trump denounces the process as being “rigged” and does what Richard Nixon did in 1974: he resigns and ensures that the new president — in Trump’s case, Vice-President Mike Pence — “pardons” him. (For those terrified at the prospect of a “President Pence,” remember that Gerald Ford was brutally punished for pardoning Nixon in the presidential election that followed, when he lost to Jimmy Carter.)

In 2016, the U.K. voted narrowly to withdraw from the European Union in a highly controversial referendum. The campaign to “Leave” the EU made false promises to further the cause. More recently, the proposed exit deal worked out by Prime Minister Theresa May in December with the EU also proved to be unpopular. As a last resort, the U.K. Parliament decides to organize a second referendum — asking voters to choose either May’s draft agreement or the status quo of Britain still inside the EU. The “Remain” side this time wins a clear victory.

It was only six months ago that Donald Trump met North Korea’s Kim Jong Un in Singapore and announced there was “no longer a Nuclear threat” from Kim’s regime. What has happened since? Not much, except that North Korea has continued to expand its nuclear program in spite of Trump’s empty assurances. Events in 2019 will only confirm what most observers suspected in Singapore: in their “historic” negotiation, Kim took Trump to the cleaners. North Korea will keep increasing its nuclear threat.

The rivalry between the U.S. and an emerging China may be this century’s most important dynamic, and events in the months ahead will show why. The U.S. government no longer sees China as a “strategic partner” as previous governments have, but as a major “adversary” that needs to be confronted. Donald Trump’s complaint during the presidential campaign that China has been “raping” America is becoming a dangerous motivator of U.S. policy toward the Asian superpower. This is evident not only in America’s provocative trade war with China, but also its determination to hit back aggressively on all fronts.

It was 10 years ago that the world was plunged into its worst crisis since the Great Depression. Banks collapsed, housing prices fell, unemployment spiked and millions of people in North America and Europe lost their homes. Few analysts are predicting that the history is about to repeat itself — although the 2008 recession caught most people by surprise — but there is worry that a deep recession will take hold in late 2019 or during 2020. The outlook is that a decade-long burst of global economic growth, including in the U.S., is coming to an end.

The next ideological battleground in Europe will be in May with the election for the European Parliament. Europe’s anti-immigrant, pro-nationalist far-right parties are positioned to make significant gains as more moderate parties have floundered in recent national elections. Steve Bannon, an architect of Trump’s victory in the U.S., is launching a Europe-wide “project” to bolster the extremist vote. The right-wing parties in Italy, Germany, the Netherlands and even Sweden will make breakthroughs in the European Parliament. and their strength will weaken the European Union as a whole.

With the appointment of Brett Kavanaugh, the U.S. Supreme Court became the most conservative in generations, and its impact will be enormous. That ultimately may be Trump’s most lasting legacy. Kavanaugh replaced Anthony Kennedy as the perpetual “swing vote” and the court’s conservative majority will have several key issues in front of it in 2019. One will be the historic Roe v. Wade ruling in 1973 that declared abortion a constitutional right. There is an expectation that Kavanaugh’s swing vote will overturn it.

10. Emergence of a pariah state

Saudi Arabia’s killing of journalist Jamal Khashoggi is changing everything in the Middle East. A year ago, the U.S. government had high hopes for the region with a plan drawn up by Trump’s son-in-law, Jared Kushner. It counted on Saudi Arabia’s Crown Prince Mohammed bin Salman to lead an anti-Iran, pro-Israel coalition that would reshape the region in a radical way. But all of that is in shambles as efforts to whitewash Prince Mohammed’s responsibility for Khashoggi’s murder collapse.

In the past two years, I have made 20 predictions for 2017 and 2018. Using my own self-serving process of scoring, I gave myself a passing grade on 15 of those 20 predictions.

And I was certainly wrong — or premature — in forecasting the “collapse” of the British government this year over the Brexit issue.

But maybe a half-point is given for being ahead of the curve? (No, I didn’t think so.)

Tony Burman, formerly head of CBC News and Al Jazeera English, is a freelance contributor for the Star. He is based in Toronto. Follow him on Twitter: @TonyBurman