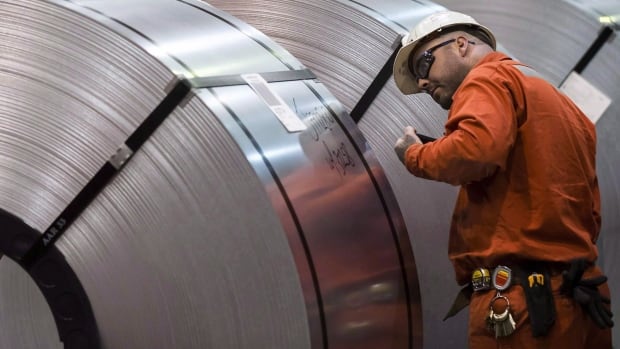 Canada recorded its first merchandise trade surplus with the world in more than 18 months in August, as unusually timed shutdowns at auto plants helped cut imports at a greater rate than exports, Statistics Canada said on Friday.

The surplus of $526 million was the first since December 2016 and follows a revised deficit of $189 million in July.

Auto plants in Canada, which usually cut production in July for retooling, had more temporary shutdowns than usual in August, Statistics Canada said.

Exports in August fell by 1.1 per cent, the biggest decline since January, partly due to lower shipments of motor vehicles, and imports dropped by 2.5 per cent for the same reason.

Following a 7.9 per cent increase from May to July, exports of motor vehicles and parts fell 6.2 per cent in August to $7.4 billion. Exports of passenger cars and light trucks, down by 8.9 per cent, were mainly responsible for the decline. As with imports of engines and parts, this decrease coincided with the atypical shutdowns in the automotive industry.

Year over year, exports of passenger cars and light trucks were down 5.7 per cent.

On a customs seasonally adjusted basis, steel exports moved up 6.3 per cent, but aluminum exports fell 13.2 per cent on the month.

Retaliatory Canadian tariffs on U.S. imports, now in their second month, continued to show some impact, with steel imports declining 12.8 per cent, but aluminum imports rising 2.6 per cent. Imports of other miscellaneous products subject to 10 per cent tariffs were almost unchanged.

Exports to the U.S. fell by 1.2 per cent while imports declined by 1.3 per cent, mostly because of lower imports of aircraft, which slowed for a third consecutive month. As a result, the trade surplus with the U.S. — which took 74.6 per cent of Canada’s goods exports in August — remained essentially unchanged at $5.35 billion.

With files from Reuters