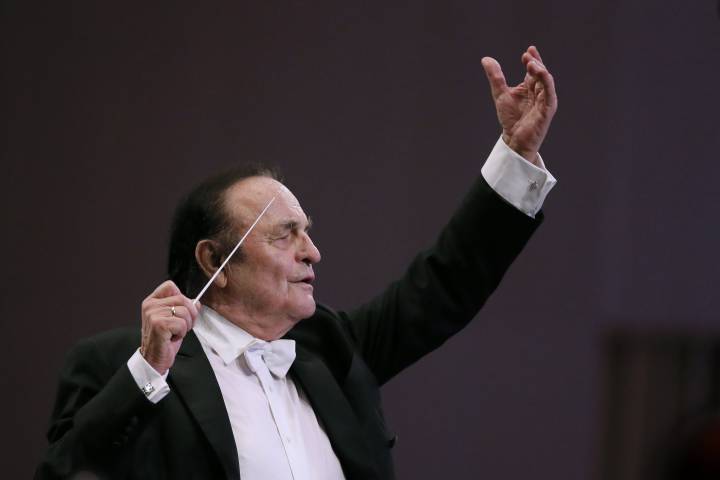 The internal investigation by the Montreal Symphony Orchestra (OSM) into the sexual harassment allegations against conductor Charles Dutoit has ended inconclusively.

The OSM launched the probe in December 2017 after it received complaints against Dutoit, who served as the organization’s principal conductor from 1977 to 2002.

The independent expert, who is not named, said in a statement she dealt with two complaints of sexual harassment involving Dutoit. She said she was in contact with the complainants on several occasions.

READ MORE: Montreal orchestra board chair ‘moved’ by musicians who were allegedly harassed by Charles Dutoit

“Though the procedure employed was rigorous and conformed to best practices in cases of internal inquiries into sexual harassment, the process did not yield sufficient information in relation to allegations of sexual harassment,” said the expert in her conclusion.

Following the investigation, the OSM said the complainants “did not wish to follow up on their grievances and did not consider it opportune to provide formal declarations with respect to these allegations.”

The internal probe ended in mid-October.

“We sincerely empathize with the two plaintiffs who decided, for reasons entirely their own, not to follow up on their complaints in the context of this investigation,” the OSM’s CEO Madeleine Careau said in a statement.

The independent expert also recommended to tighten the terms and broaden the scope of the OSM’s policy on workplace harassment. The OSM said it will follow through on the recommendation and adopt a new policy.

Over the past year, Dutoit has faced allegations of sexual assault by several women who told the Associated Press that Dutoit assaulted them in the United States, France and Canada between 1985 and 2010.

— with files from The Canadian Press