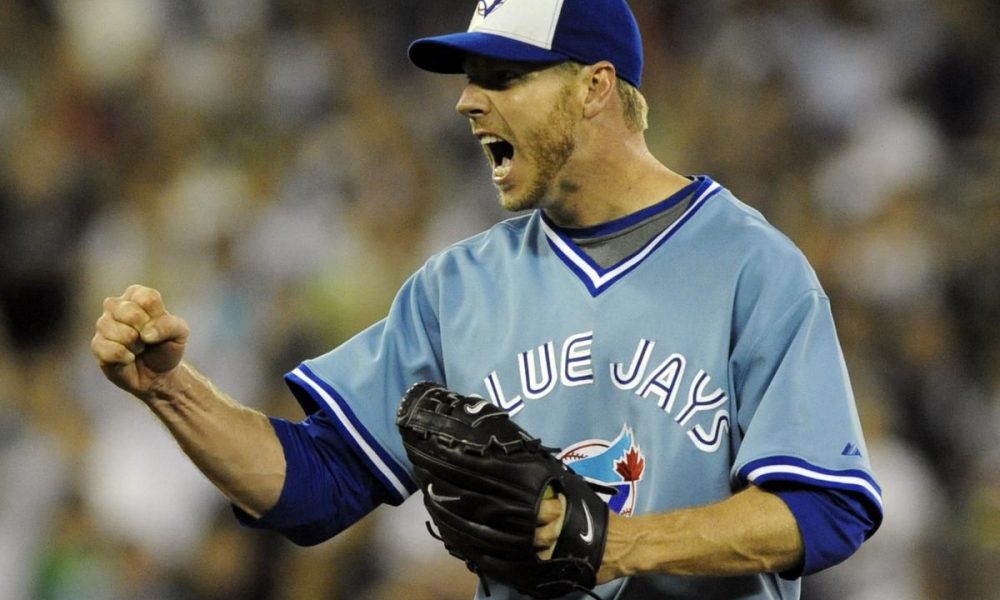 Roy Halladay is headed to Cooperstown.

The late former Toronto Blue Jays pitcher was selected by voters to gain entry to the Baseball Hall of Fame in his first year of eligibility on the Baseball Writers’ Association of America ballot.

Halladay was part of a four-player class that included reliever Mariano Rivera, the first player to be named on every ballot, designated hitter Edgar Martinez and starting pitcher Mike Mussina. Reliever Lee Smith and DH Harold Baines were elected earlier by a veterans’ committee.

Halladay, who died in a plane crash in November 2017 at the age of 40, will be the sixth player elected posthumously through the Baseball Writers’ Association of America’s process and the first since Rabbit Maranville in 1954.

The native of Denver was selected by the Jays in the first round of the 1995 draft. He made his big-league debut as a September call-up in 1998 and went on to become one of the most dominant pitchers of his ERA.

« Of the countless players that have worn the Blue Jays uniform, few have done so with the determination and elegance of Roy Halladay,” said Jays president Mark Shapiro said in a statement. “Today is a bittersweet day for our community and organization, as we remember a beloved pitcher, teammate, and family man, but we can take comfort in the boundless impact Roy had on Canadian fans nationwide and the game of baseball. »

The two-time Cy Young Award winner went 203-104 with a 3.38 ERA in 12 seasons with Toronto and four with Philadelphia. He was known for his consistency and durability over the course of his career. The six-time all-star threw 67 complete games in 390 starts. Among Toronto starters, he ranks third with a 3.43 ERA, second with 1,495 strikeouts and 148 and first with a 1.20 WHIP.

In Philadelphia, he led the team to consecutive National League Championship Series. He pitched the second no-hitter in post-season history in 2010, the same year he pitched the 20th perfect game in MLB history.

Former teammate Pat Hentgen, now a special assistant to the organization, remembered Halladay as “one of the greatest baseball competitors I have ever seen. »

“His work ethic, mental toughness, professionalism, and consistency on the mound were unmatched, » Hentgen said in a statement. « Every fifth day that he pitched, he held an intense focus on one goal: to give his team the best possible chance of winning. Any player who had the honour of sharing a clubhouse with Doc will agree that they are better having known him.”

It will be up to Halladay’s family, including wife Brandy and sons Braden and Ryan, to decide whether he goes into the hall with a Jays logo or a Phillies logo. The induction ceremony will be held on July 21 in Cooperstown, N.Y.

Halladay told reporters in Toronto in 2016 that he would go into Cooperstown wearing a Jays cap, because it’s where he spent the bulk of his career. It was for that reason that Halladay chose to sign a ceremonial one-day contract with Toronto when he retired, to finish his career as a Jays player.

If he enters as a Jays player, he plaque will bare the second Toronto logo in franchise history, after Roberto Alomar Jr. was inducted in 2011.

Halladay looks destined for Cooperstown, but which hat will he wear?

Blue Jays saw hall in Halladay on and off the field

There were 35 players on this year’s ballot, including 15 holdovers from last year and 20 first-timers. A player must play at least 10 full seasons in the big leagues and be retired for five years to be eligible for the Hall of Fame.

Those that fell short this year included pitchers Curt Schilling (60.9 per cent) and Roger Clemens (59.5 per cent), and outfielders Barry Bonds (59.1 per cent) and Larry Walker, the Maple Ridge, B.C., native who made major gains to get to 54.6 per cent. The former Montreal Expos outfielder, a career .313 hitter and a former National League MVP in Colorado, has one year left on the ballot.