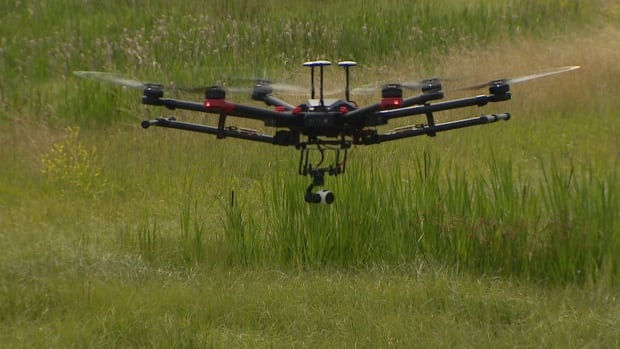 The union that represents corrections officers at Stony Mountain Institution says its members are at risk due to the latest trick inmates are using to get contraband into the prison.

James Bloomfield, the prairie regional president of the Union of Canadian Correctional Officers, says inmates and their contacts on the outside are taking to the skies and using drones to bring things like drugs, cell phones and weapons over the institution’s walls.

« It’s very easy to launch one of these and have them go over an exercise yard to drop off a package, » said Bloomfield, who says the problem is happening at prisons across Canada.

« The technologies are so accurate that in some cases they can have them go right up to a window and drop a package in a specific person’s hands. » 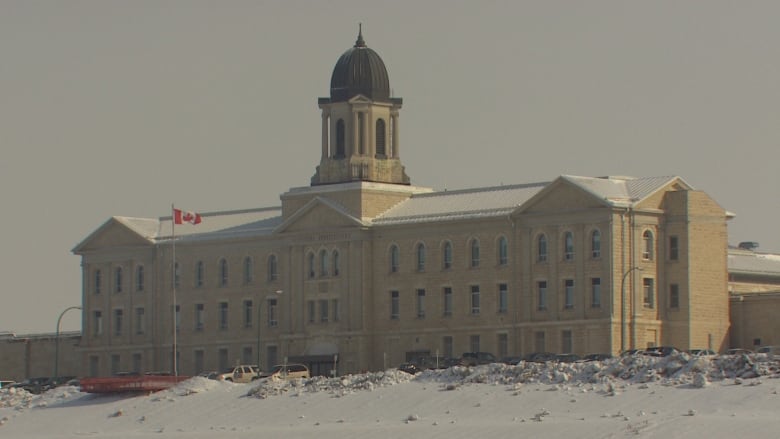 The Union of Canadian Correctional Officers says staff at the Manitoba penitentiary have intercepted at least five drones over the prison in the last year. (Justin Fraser/CBC)

Bloomfield, who is a correctional officer at Stony Mountain, 23 kilometres north of Winnipeg, said staff have intercepted at least five drones flying over the prison in the last year.

He said the demand for contraband in Stony Mountain has created a multi-million-dollar underground economy in the prison and inmates use many techniques — including having packages literally thrown over the fence into the prison’s exercise yard — to get things in.

« Drones are just another tool that we have to work to stop, » said Bloomfield, who worries the technology could see a gun ending up behind the prison walls.

« With the amount that they can hold on a smaller drone these days, our concerns are very high. »

As well as the dangers brought by the contraband that is getting into the facility, Bloomfield says officers are also facing risks from delivery system itself.

« If we have a drone come over that yard I can’t shoot it out of the air… If this thing comes over and drops a package now those officers are obligated to go and get that package in amongst 200 inmates, » he said.

« You can imagine the safety risks at that point when they’re dropping $60,000 or $80,000 worth of drugs into an exercise yard with 200 inmates, all of them looking to get that package and make sure that where it’s supposed to go is where it goes. »

Kelly Dae Dash from the Correctional Service Canada wouldn’t confirm the number of drone interceptions at Stony Mountain, citing security concerns, but did say drone sightings have increased over CSC airspace over the past several years.

Dash said the CSC is « continuing to research and introduce new technology including drone detection. »

« Preventing the introduction of contraband and reducing the use of illicit substances by offenders in correctional institutions is a priority for us, » said Dash in an email.

« The use of drones as a method to introduce drugs into correctional institutions is one of many methods used by drug traffickers in an attempt to circumvent CSC’s drug interdiction efforts. »

Eyes on the sky

While prisons work to develop detection systems for the drones, Bloomfield says what’s really needed is more resources on the ground with their eyes on the sky.

« Really what it comes down to is we need appropriate detection systems and we need the right type of staffing to deal with this, » he said.

« Our staffing levels are very low and we don’t have the ability to have somebody walking around the yards watching and listening for this type of thing at night. » 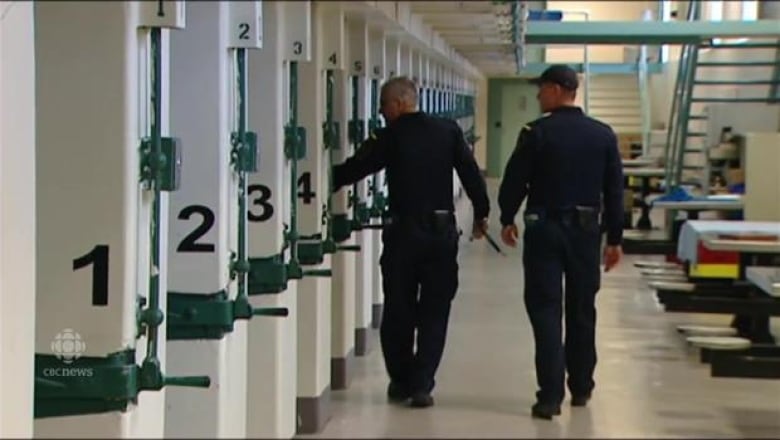 Dash said the CSC currently has no plans to hire additional staff at Stony Mountain to monitor drone activity.

A lockdown and general search of the institution currently in place at Stony Mountain was planned in advance, said Dash, and has nothing to do with an increase in contraband material getting into the prison. 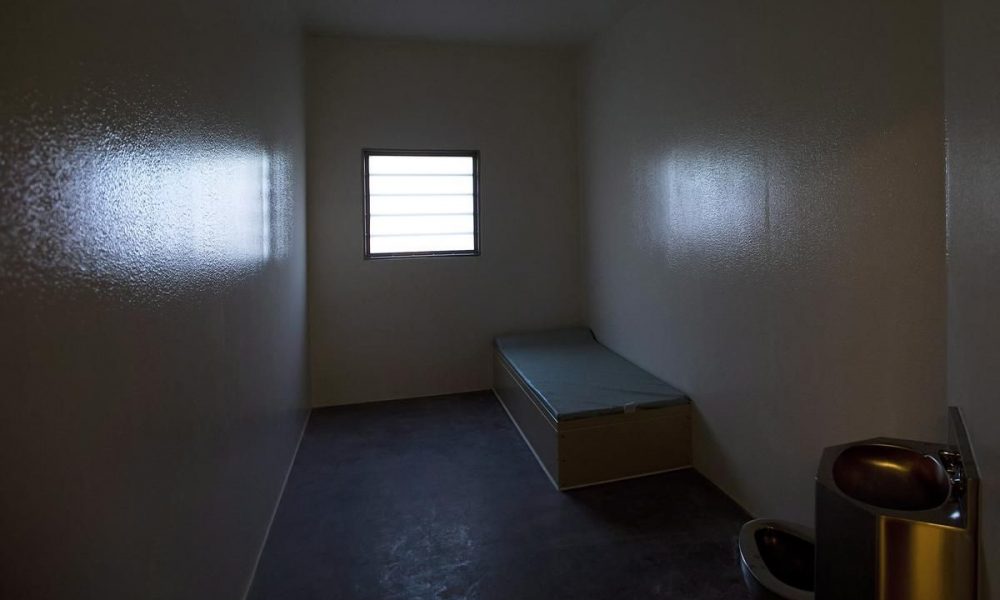 A coroner’s inquest will begin in Ottawa later this month for Cleve Gordon (Cas) Geddes and another is likely to take place next year for Justin St. Amour — two young men with mental illnesses who both spent time in segregation in the Ottawa-Carleton Detention Centre, and then hanged themselves in the Ontario-run jail.

From these inquests, juries will most likely make recommendations that have been made before, including not placing people with serious mental illness in segregation.

“They keep making recommendations but the province just keeps ignoring them,” said Paul Champ, the lawyer representing the Geddes and St. Amour families. “It’s a tragedy that keeps on rolling.”

Last month, the Ministry of Community Safety and Correctional Services quietly posted an unprecedented volume of data on 3,086 inmates who spent time in segregation in Ontario jails over a two-month period earlier this year. It was part of a five-year-old settlement in an Ontario human rights case, in which Champ represented former inmate Christina Jahn.

The good news is that there is now robust data that tracks vulnerable Ontario inmates placed in segregation. The bad news is nothing much has changed in five years. In fact, it has grown worse for people with mental illness, Champ said.

“In these overcrowded, understaffed jails, an inmate who presents with serious mental health problems is handled in the only way they know how, which is placing them in segregation,” Champ said. “There are more people with mental illness in segregation, and that is just inexplicable to me. The province has to respond.”

The numbers are grim.

Nine inmates captured in the review of segregation placements for the months of April and May had been held for a year of consecutive days in segregation, or longer. Of those, four had a combination of mental health and suicide risk and watch alerts. A fifth had a mental health alert.

Of 3,998 placements in segregation, 778 were for periods longer than 15 consecutive days, a threshold beyond which the United Nations said segregation should be banned because of the proven psychological damage it can cause.

Half of the inmates had mental health alerts on their files and more than a third had a suicide alert.

The Ontario Human Rights Commission has reached out to the government and expressed its concerns with what the new data reveals.

Chief rights commissioner Renu Mandhane, who prompted public outcry two years ago when she discovered inmate Adam Capay had been in segregation in a Thunder Bay jail for more than four years, said nothing has changed. But she credited the government for meeting its obligation and releasing the data, which has been anonymized.

“It is the most complete picture that we have of the circumstances of individuals held in segregation,” said Mandhane, who wants the government to commit to a plan to deal with vulnerable inmates.

“What are their plans to address the long-term cases? Are they contemplating things like hard caps or prohibitions in certain classes of prisoners? We haven’t got a clear commitment from the government on that.”

Murder and segregation: the story of Adam Capay and Sherman Quisses

In response to questions from the Star, ministry spokesperson Brent Ross said in an email that the “ministry and its staff work diligently to find alternative housing solutions for individuals who are declining to leave conditions constituting segregation.

“These can include moving an inmate to an institution where they feel more comfortable being out of segregation conditions; working to acclimatize an inmate through the use of behavioural contracts and slowly bringing the inmate out of segregation for longer periods; educating inmates about the advantage of step-down units in the hope they will choose to transition to that type of housing; and working with the inmate to identify the reasons they prefer to remain in segregation.”

In response to a request from the Star, the ministry separately released data on the racial makeup of Ontario jails for the same period as the segregation data. This allowed the Star to compare placements to baseline jail populations.

In 17 of 24 institutions, the proportion of segregation placements for white inmates was greater than their share of the jails’ overall populations, and in seven jails the difference was greater than five points.

The ministry’s Ross told the Star the “length of stay in conditions constituting segregation varies according to the individual and can be affected by a number of factors, including mental health, perceived vulnerability and injury. At no time is an individual’s ethnic or racial background considered grounds for placement in conditions constituting segregation.”

Another of the nine, a male Muslim inmate in his 30s, was in segregation for 469 days at the same Ottawa jail where St. Amour and Geddes were housed.

St. Amour, 31, died Dec. 8, 2016, in hospital after hanging himself. He had serious mental health issues, likely schizophrenia, and had spent time in segregation, Champ said.

Geddes, who had schizophrenia, ended up in jail after a call for help. Geddes had stopped taking his medication, and his father was worried, Champ said.

“The police show up and he got really belligerent with them, which is what a guy with schizophrenia does,” Champ said. He was arrested for uttering threats to police.

In court, Champ said it was obvious to everyone that Geddes was mentally ill and he was ordered to undergo an assessment at Royal Ottawa Hospital. There were apparently no beds available, and he was sent to the detention centre and placed in segregation, Champ said.

“There is no end to it,” Champ said. “At least now we can’t say that people don’t know what the scope of the problem is.”

Sigrid Geddes is preparing to testify at her little brother’s inquest. Known by his nickname Cas, he was the youngest of six siblings and was an “amazing human being,” she said.

“He was loved by everybody he came in contact with,” Sigrid added, describing Cas as handsome, charming, funny and a hard worker.

When he got sick in his early 20s, “no one could believe it,” Sigrid said. He was addicted to marijuana, she said, noting that schizophrenia and cannabis do not mix well.

Jail, she said, is no place for people with mental illness, let alone placing them in segregation.

“If you want to talk about basic human rights, this is a health issue,” she said, adding she hopes more education will “put pressure on the government to have a little bit more holistic care for people.”

Spokesperson Ross said the ministry has made “significant progress” on meeting the conditions of the Jahn settlement since the beginning of the year, when a consent order was signed. An independent expert on human rights and corrections has been appointed to assist with implementing the order and an independent reviewer is in place to monitor the ministry’s compliance.

The definition of segregation was also revised from being a specific area in a jail to a “condition of confinement where any inmate is physically isolated and confined anywhere in an institution for 22 hours or more per day,” said Ross.