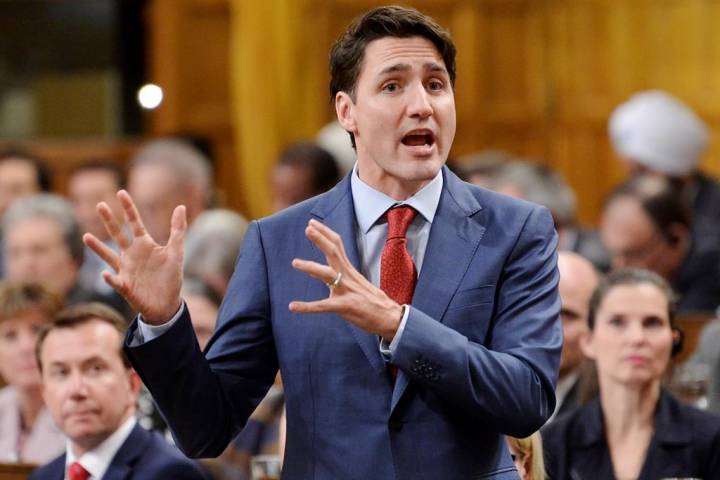 The Trudeau Liberals haven’t shut the door on a guaranteed-income program in their search for ways to help workers adapt to an unsteady and shifting labour market.

In separate interviews, Prime Minister Justin Trudeau and Social Development Minister Jean-Yves Duclos appear warmer to the idea than they have before, when they argued the Canada Child Benefit, among other measures, amounts to a guaranteed minimum income.

WATCH: Basic income would be the best way to help families reliably put food on the table: 2017 report

A guaranteed minimum income at its core is a no-strings-attached payment governments provide instead of an assortment of targeted benefits.

Trudeau says it’s one of the tools the government is looking at to help Canadians who are struggling.

Duclos says the current suite of federal programs could one day be enhanced to provide a minimum income of sorts to all Canadians, particularly those without children who aren’t eligible for federal family or seniors benefits.

However, both are clear that the federal government won’t step in to revive a minimum-income pilot project Ontario Premier Doug Ford’s government cancelled shortly after coming to office.