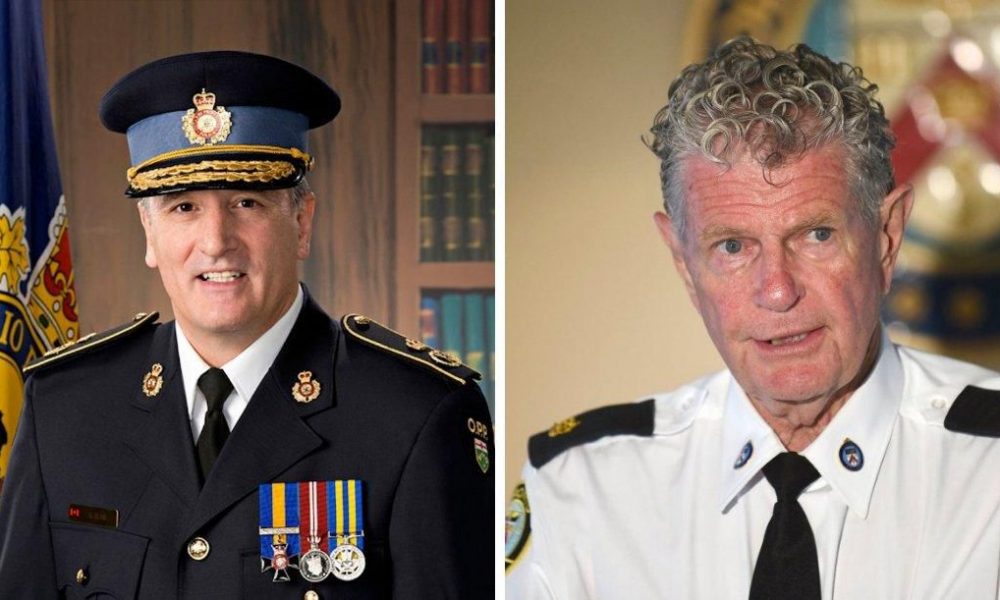 The deputy OPP commissioner who raised red flags over the appointment of Premier Doug Ford’s close friend Ron Taverner as head of the provincial police force has been interviewed in the ethics probe into the controversial hiring.

Brad Blair was interim commissioner until being demoted for publicly complaining that Taverner’s appointment put the independence of the country’s second-largest police force in jeopardy.

The interview is significant because of the details Blair revealed in a nine-page letter to the provincial ombudsman Dec. 11, including the claim Ford’s team requested the OPP buy a “large camper-type vehicle” that could be modified and the request be “kept off the books.” Ford’s office denies such a request was made.

Provincial integrity commissioner J. David Wake is now investigating whether there was any political interference in the hiring of Taverner, 72, a Toronto police superintendent who has asked his posting be put on hold until the probe is complete.

The integrity commissioner’s office reached out to Blair for more information as part of the probe.

“He received a summons and participated,” Blair’s lawyer, Julian Falconer, said on Friday.

“The process is confidential, therefore I will not be able to discuss the contents of the examination,” Falconer added, declining further comment.

The integrity commissioner’s probe was prompted by a complaint from New Democrat MPP Kevin Yarde (Brampton North) that Ford may have violated the Members’ Integrity Act when his “long-time friend and ally” was approved as head of the OPP.

Ford has denied any involvement in the Nov. 29 appointment, insisted there is “no better choice” for the job than Taverner, called the concerns raised by Blair “sour grapes” and told a TV news anchor “if I wanted to, I could appoint you OPP commissioner. It’s a political appointment.”

The premier’s office did not reply to a request for comment Friday on whether Ford or his chief of staff Dean French have been interviewed in the integrity commissioner’s investigation.

Blair, who was a runner-up for the commissioner’s post, sounded the alarm a week before Taverner was to be sworn in to the $275,00-a-year job, with his letter asking provincial Ombudsman Paul Dube to probe any “potential political interference” in the hiring process.

Dube declined, saying the matter is outside his jurisdiction, and Blair is mounting a court case aimed at forcing the ombudsman to proceed.

Taverner’s appointment and the van procurement request raises “a legitimate question as to whether the OPP’s integrity has been compromised and whether the public can have confidence in and respect for the OPP going forward,” Blair’s letter stated.

Blair also claimed the decision to name Taverner commissioner was made before a late November cabinet meeting where the decision was said to have been made and that the job posting was changed “without convincing justification,” that the hiring panel had “questionable authority” and that its members changed at the last minute.

In reference to the camper van, the request to keep the modification costs “hidden from the public record” is, at a minimum, a violation of government financial policies, Blair added.

His lawyer, Falconer, has warned the OPP will operate under a cloud of suspicion unless the ombudsman reviews the complaint. It’s not unusual for the OPP to investigate government.

Most recently, the provincial force investigated concerns raised by the Progressive Conservatives about a previous Liberal government deleting documents related to the closure of gas-fired power plants in Oakville and Mississauga before the 2011 election. A top Liberal political aide was convicted on a criminal charge and served a jail term last year.