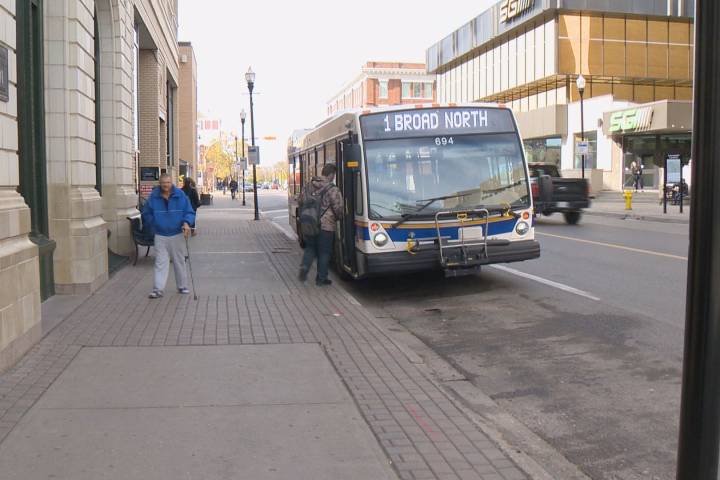 The changes are being put in place to help assist lower-income residents through the Community Services’ Affordable Fun Program, which provides residents with city recreation and leisure discounts.

The city is also decreasing the number of current fares, also effective immediately.

Officials with the City of Regina said they hope the changes will encourage residents to continue to use public transit following a four per cent increase in ridership in 2018.

The increase comes after a two-year, $17.2-million investment to improve Regina’s transit system in which 50 per cent of funding was provided through the federal government’s Public Transit Infrastructure Fund.

With the funding, Regina replaced six para-transit and 13 conventional buses and a number of bus shelters. The city also improved bus stop and shelter accessibility, made accessibility improvements on buses, added the new Arcola Express route and expanded services in different neighbourhoods across the city, including Harbour Landing and Fairways West.

Further information regarding routes, schedules and fares can be found at Regina.ca/Transit. 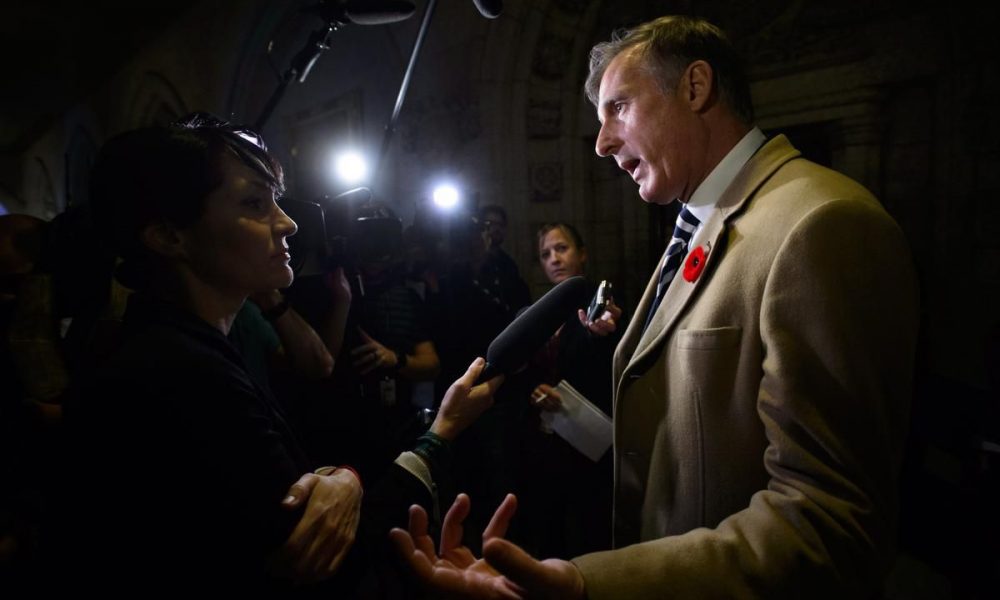 CALGARY—Just hours before his new federal political party’s first rally in Alberta on Friday night, Maxime Bernier’s People’s Party of Canada hit a roadblock when a report connected the group to a possible member who’s been publicly noted as an alleged white supremacist.

But undaunted by this news, attendees packed a standing-room-only room to hear the self-proclaimed “Albertan From Quebec” introduce his new party to Calgarians.

Earlier on Friday, news broke that a former United Conservative Party volunteer Adam Strashok had at least briefly been listed as a member of the PPC. When questioned about whether the volunteer was still associated with the party and if he would have his membership revoked (as the UCP had done to Strashok for allegedly holding white supremacist views), PPC spokespeople said no one with extreme views is welcome in their party.

Many of Bernier’s supporters at Friday’s People’s Party rally, held at the Best Western hotel on Crowchild Trail, weren’t concerned about potential ties to white supremacists or other extreme groups and individuals.

“I’m not a pragmatic politician. I’m a principled politician. That’s important for us, and we don’t try to please everybody,” Bernier said in an interview days before his rally.

“If you have some principle, you must be out there and speak about it with passion and conviction, and you’ll have more people supporting you. And we know that because it’s based on western civilization values. Free market, entrepreneurship, more individual freedom, less government intervention.”

Bernier also wants to allow fewer newcomers to Canada, by reducing the immigration rate to 250,000 people per year, the same level it was under Stephen Harper’s Conservative government. That’s opposed to the more than 300,000 immigrants who currently come to Canada each year.

“We don’t try to please everybody and that’s what I think Albertans and Canadians like. For me, I don’t have a platform to please Quebecers or to please people. It’s for all Canadians,” Bernier said.

The PPC leader’s commitment to ideology, when mentioned at his rally, was consistently met with a wave of applause from supporters. Many of these attendees were happy to hear Bernier express conviction in his beliefs.

“We’ve had the CPC for years, and they’ve just stagnated and compromised on so many of our social values and economic values. I really want to see something that isn’t like your dad’s conservatism and is going to stand up for traditional Canadian values,” said another rally attendee, Michael Whiteley.

“(Bernier) is very libertarian with economics, and Alberta has kind of a rough-and-tumble cowboy reputation. So naturally, a lot of people align with that mindset.”

But Mount Royal University policy studies professor Lori Williams was more skeptical of how widespread Bernier’s appeal is so far, arguing that he still needs to show he has the leadership qualities to bring other candidates on board.

Williams agreed that more ideological conservative voters will be drawn to Bernier’s party, leading up to the 2019 fall federal election. But she said that conservative voters may shy away from the PPC if they’re more concerned with casting a ballot in favour of a party that will form government and are willing to make compromises on policy points to do so.

“He’s counting on the appeal of that libertarian branch of conservatism that has a long and somewhat deep history in Alberta,” Williams said.

“Frankly, those who are conservative-leaning, unless they’re really disgruntled with what the Conservative Party is doing, are not going to be drawn to a party like this.”

Williams was also less sure of how easily Bernier’s new party will be able to shake connections to extreme right-wing individuals and groups.

She added that newer political parties are more vulnerable to association with fringe members or candidates. Jason Kenney and the UCP know this problem well. Despite being a merger of two provincial conservative parties, Williams said the UCP’s new identity and lack of history makes them more susceptible to these connections.

“When you’re a party that doesn’t have much of a reputation, a lot of clarity around what you stand for or where you’re likely to go, it can hurt you a lot worse,” Williams said.

“This is a challenge for right-leaning populist parties right now … that kind of element seems to be drawn more frequently into that camp. They will be attractive to extremists, including nationalist extremists, more than left-wing parties. So it’s a liability that’s going to be an enduring challenge.”