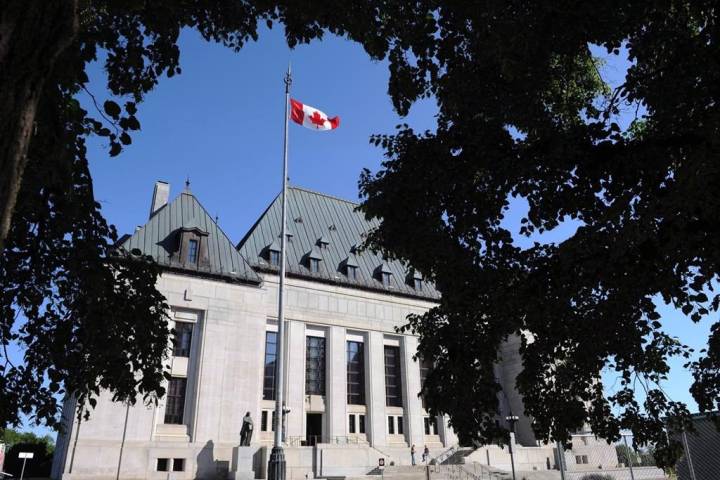 The Supreme Court of Canada’s decision to compel a Vice Media reporter to hand over material about an accused terrorist will have a damaging effect on investigative reporting across the country and weaken Canadian democracy, say experts and press freedom advocates.

On Friday, Canada’s highest court ruled in a 9-0 decision that Vice reporter Ben Makuch will have to turn over any communications with Farah Mohamed Shirdon, a Calgary man who left Canada to join the so-called Islamic State.

Jeffrey Dvorkin, director of the journalism program at the University of Toronto Scarborough, said the decision is a major “setback for journalists in Canada” as it could leave them open to being perceived as operating as “police agents.”

“Anytime a journalist says to a confidential source, ‘I promise keep your name out of the story,’ now journalists can’t give that guarantee,” Dvorkin said. “We are going to see more intimidation from organizations that are going to prevent journalists from doing their jobs.”

Dvorkin said that confidential sources, like whistleblowers, might think twice about speaking with a journalist if security agencies can compel journalists to reveal information.

“This is going to be the detriment of journalism and our democracy in general,” he said.

The Supreme Court decision centers on several articles written by Makuch in 2014 based on interviews he had with Shirdon, an outspoken Canadian ISIS member who was infamously featured in a propaganda video that showed him ripping up his Canadian passport and throwing it in a fire.

Shirdon was charged by RCMP with six terror-related offences and investigators obtained a production order in 2015 for Makuch to hand over any communications with the suspected terrorist in order to build their case.

Global News first reported in September 2017 that U.S. Central Command (CENTCOM), which oversees U.S. military operations in Syria and Iraq, found that Farah Mohamed Shirdon was killed in the city of Mosul on July 13, 2015.

VICE Media and Makuch had fought to have that production order overturned in three lower courts, but the decision was upheld by the Supreme Court on Friday. Several civil liberties groups and media outlets, including Global News, acted as intervenors in the case.

Writing on behalf of the majority, Justice Michael Moldaver said the production order for Makuch’s materials should stand because disclosure of the materials would not reveal a confidential source as Shirdon used the media to publicize extremist views.

“Mr. Makuch’s own conduct shows that the relationship was not confidential in any way,” Moldaver wrote. “It was Mr. Makuch, not the police, who identified Mr. Shirdon to the public, by publishing the articles that linked Abu Usamah to Farah Shirdon and the YouTube video.”

“The production order strikes a proportionate balance between the rights and interests at stake,” the court ruled. “The order is narrowly tailored, targeting only the journalist’s communications with the source, and those communications are not available from any other source.”

Vice media said the court’s decision “has failed to recognize the importance of a free, and independent press.”

“Today’s decision will no doubt have a chilling effect on both sources, who may be reluctant to talk to reporters, and on journalists themselves, who could be less inclined to report on sensitive issues,” Vice said in a statement. “We strongly believe that the journalism — which is already under attack across the globe — needs to be free from state intervention.”

Karyn Pugliese, with the Canadian Journalists for Free Expression, said the ruling is a “dark day” for Canada and reporters will now have to reevaluate when to offer sources anonymity.

“It’s not just about media rights, it’s about the public interest,” she said. “If people are afraid to come forward because they see us as agents of the police — that’s concerning — people won’t come forward.”

In its ruling, the Court avoided the Journalistic Sources Protection Act that the Trudeau government enacted in 2017, which aims to shield sources from police investigation.

“Going forward, this new regime will govern production orders relating to ‘journalists,’ even where no confidential source is involved, the facts in this case arose before the JSPA was brought into force,” the court said

Dvorkin said the JSPA is still “very murky” and has yet to be tested in court and it does not put journalists’ sources entirely beyond the reach of a court orders.

A spokesperson for Public Safety Canada said in an email that the ministry is reviewing the decision, which they said attempted to “strike a balance between” the priorities of security agencies and the rights of a free press.

“The intersection between the two is crucial to our democracy. That’s why a unanimous ruling of the Supreme Court of Canada is ‎so significant,” said Scott Bardsley in an email. “We all need to examine and understand the Court’s analysis.”

*With a file from Mike Armstrong