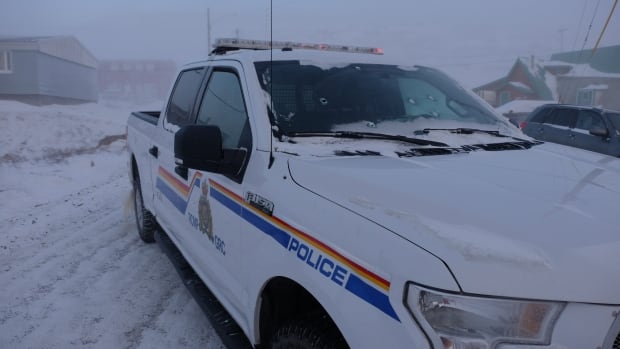 A 25-year-old man is in custody and facing numerous firearm charges after police were called on December 22, RCMP said in a press release. The RCMP received a call about a man who was brandishing knives in a residence in the 500 block in Iqaluit.

A family fled from the home, and then a 25-year-old opened fire on police vehicles and passing vehicles, according to the release. The RCMP does not have an exact number of shots fired, but said there were « numerous » shots, according to RCMP media relations officer Danielle Pollock.

The RCMP Critical Incident team was called and the neighbouring homes were evacuated. 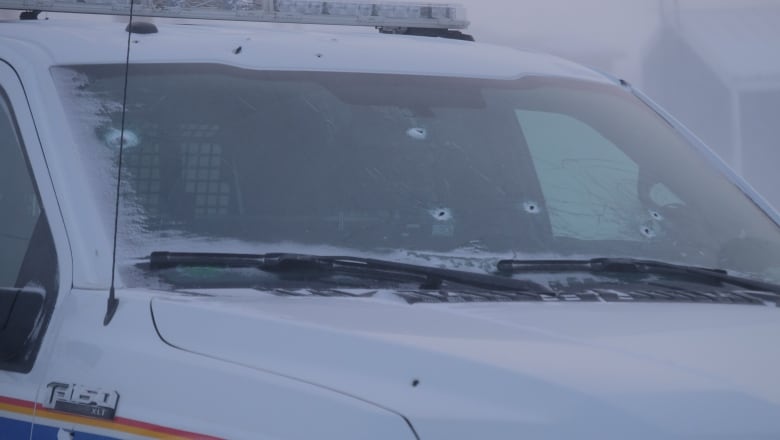 An RCMP vehicle seen in the 500 block area. (Michael Salomonie/CBC)

No members of the public or RCMP officers were injured, said Pollock. She said the shooter was injured, but would not say whether he was shot. He has been taken to the hospital, where he remains with non-life threatening injuries. Because the man was injured, the investigation is expected to be taken over by the Ottawa Police Service.

Pollock said the area will remain cordoned off for some time as the investigation continues.

« Alcohol was a contributing factor in this event, » RCMP said in the release. « The RCMP would like to remind the public that alcohol and firearms don’t mix! »

The RCMP said, « This event was preventable. » Residents can pick up a free trigger lock at any Nunavut RCMP detachment. 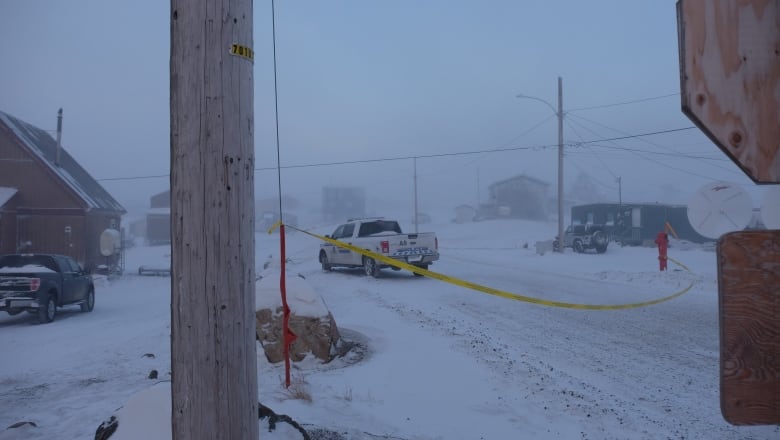 There are two RCMP vehicles in the 500 block area of Iqaluit.

Bert Rose, a 40-year resident of Iqaluit, said around 10 p.m. that night he received an email from his daughter in Ottawa asking if they were okay. His daughter told him that she had heard there was a lockdown going on in the community.

Rose looked out the window and saw a few police cars. He said at 10:15 p.m. he heard three or four gunshots, and a few more about half an hour later.

Then at about 1 a.m. he heard additional shots. « It was like somebody had set off a small firecracker outside the house. »

« We didn’t have any direct impact, but the police have blocked off the street close to our home, » said Rose. « It just seemed like a normal, ugly stormy night, but really had no impact on us. »

This marks the second standoff with police in Iqaluit in a week. On Wednesday, police had asked the public to avoid the area between 135 and 141 Nipisa St., as they dealt with a person barricaded inside a home in the area. 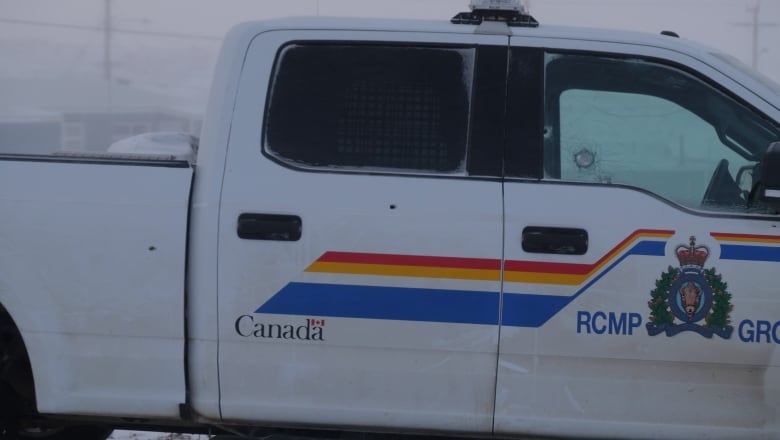 An RCMP vehicle seen in the 500 block area of Iqaluit. (Michael Salomonie/CBC) 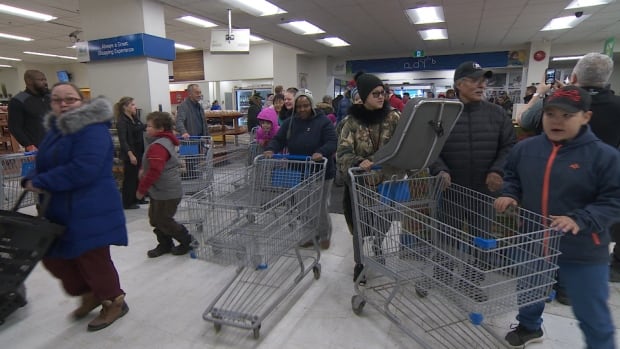 Iqaluit’s largest grocery store reopened Saturday, just over a week after an early morning fire burned through part of it for 22 hours.

« I’ve been waiting a long time and I’m actually excited, » said Jimmy Koolola, one of the many people who stood in line to get into the store Saturday morning.

No one expected, truth be told, that they’d be able to open so quickly.– Madeleine Redfern, Mayor of Iqaluit

The fire at Northmart in Nunavut’s capital was one of a handful of blazes that affected buildings and vehicles in the same area of town, on Nov. 8. A youth was charged with arson and disregard for human life in relation to the Northmart fire.

The store’s warehouse — which stored mainly non-perishable food brought up by sealift — crumbled to the ground. The main part of Northmart suffered mostly smoke and water damage.

Since then staff have scrubbed down the store, thrown out most things affected by the fire and restocked.

Because there is no road connection between Iqaluit and southern Canada, all food must be shipped or flown in, and the city has only one other large grocery store to serve its 7,700 residents. 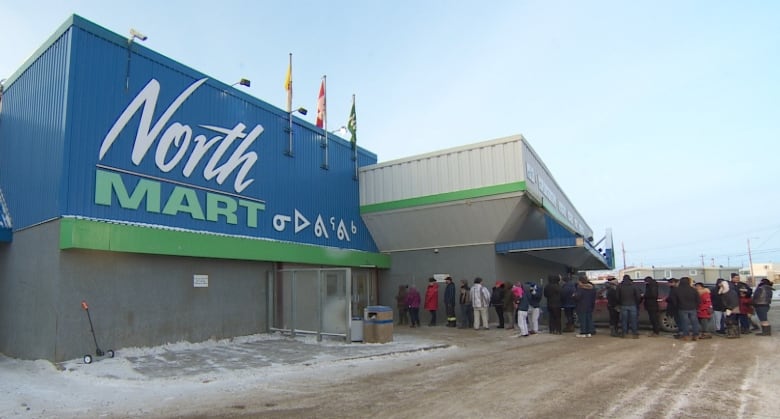 A lineup of people wait outside of Iqaluit’s Northmart Saturday morning. It’s been over a week since a fire consumed about half of the grocery and merchandise store. (David Gunn/CBC)

« It’s nice that it’s open. I was psyched about it, » said Johnny Sagiatook, inside the grocery store on Saturday.

« It was pretty brutal, working down here 18 hours, » he recalled. 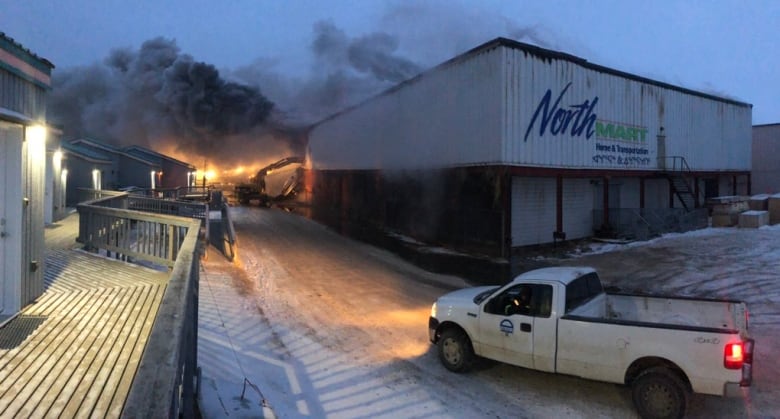 The fire on Nov. 8 started in the store’s loading dock and spread to the attic, eventually destroying the warehouse. (Travis Burke/CBC)

There were lineups at almost every checkout counter as people rushed back to shop Saturday.

The smell of smoke was still lingering in the store, and some general merchandise — labelled as 50 per cent off — had some light soot on it Saturday morning.

We had all kinds of people on their hands and knees.– David Chatyrbok, North West Company

Northmart started restocking its shelves as early as Tuesday, after health and building inspectors examined the store. 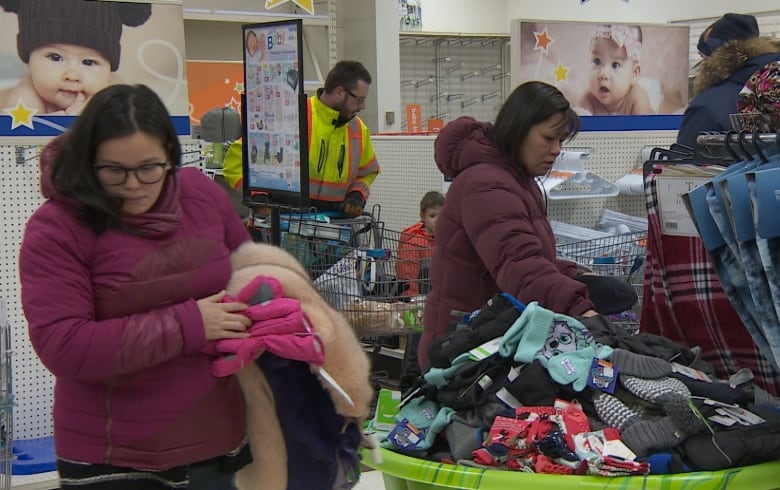 The smell of smoke was still lingering in the store, and some general merchandise — which is labelled as 50 per cent off — had some light soot on it Saturday morning. (David Gunn/CBC)

« The effort was unbelievable. We had all kinds of people on their hands and knees, » said David Chatyrbok, the vice president of major markets for North West Company, which owns the grocery store.

Chatyrbok explained that staff scrubbed all the shelves, backboards, counters and refrigerators from top to bottom. 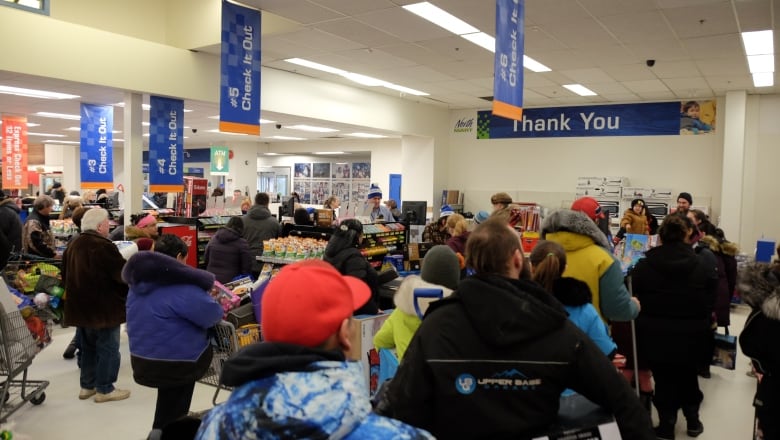 Long lineups were at every checkout counter as people rushed back to Iqaluit’s largest grocery and merchandise store. (David Gunn/CBC)

Earlier this week, the company said it would not raise prices in the short term to compensate for the loss. Food prices in Nunavut can cost up to three times the national average.

Chatyrbok didn’t give any figures on how much the damage will cost the company, but said it was « a tremendous amount of money. »

He said the store brought in all new products, like fresh produce and meat, for the reopening.

« No one expected, truth be told, that they’d be able to open so quickly. [We thought] best case scenario — a month or so, » said Iqaluit Mayor Madeleine Redfern.

Redfern said all the store’s perishable foods were taken to the dump and buried.

She said public health and city officials inspected the store and found it in good shape.

She added she hopes the warehouse will be rebuilt soon. 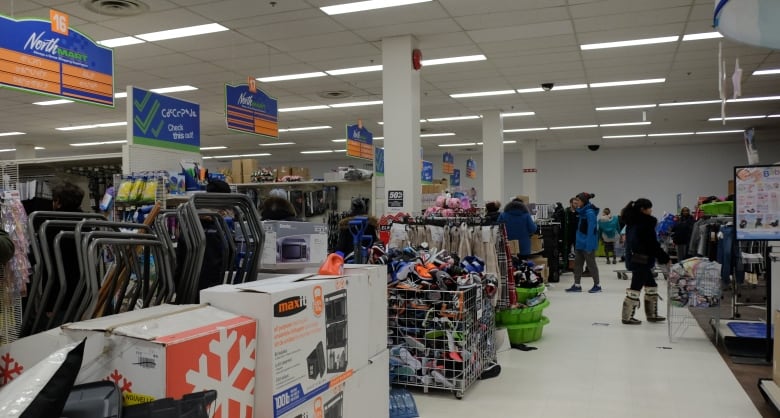 A government of Nunavut spokesperson told CBC in an email that ceiling tiles have been replaced, air scrubbers and ventilation fans were installed, and all surfaces were washed.

It said food, medicine and medical supplies that were potentially exposed to smoke were all disposed. 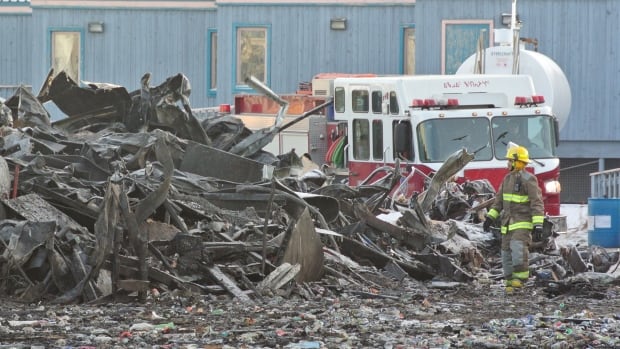 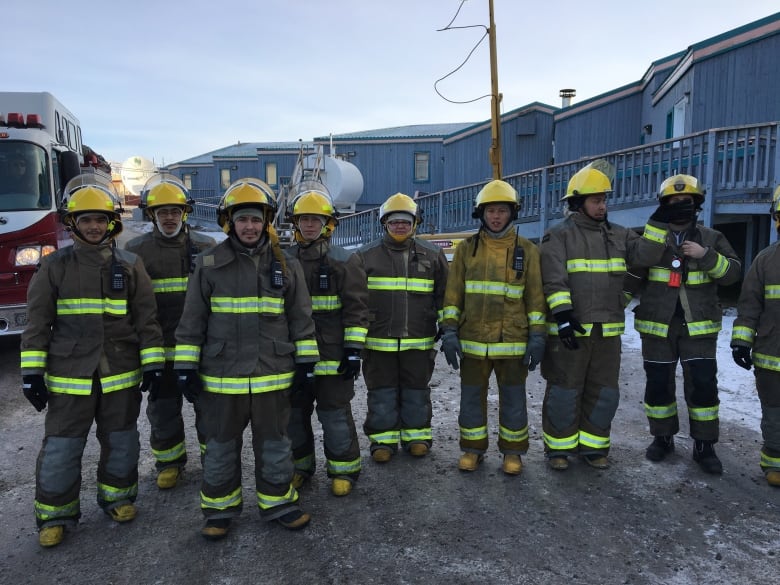 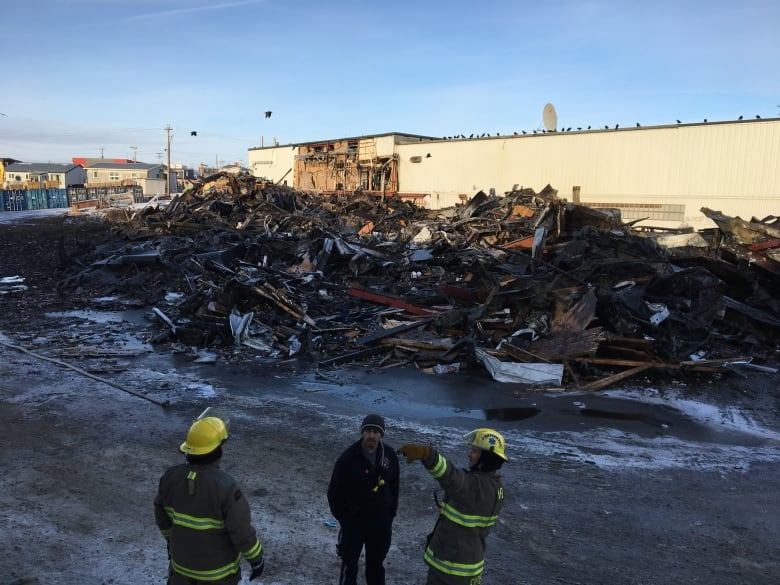