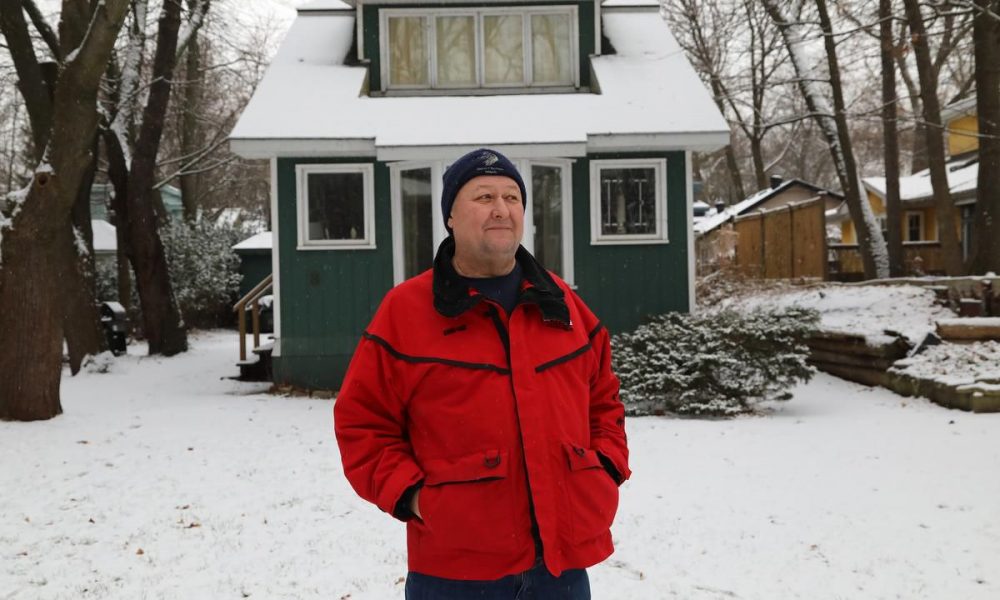 Thirty years ago, Don Sampson linked arms with fellow residents of the Toronto Islands to block sheriffs who had come to evict them. Now, the trust representing islanders is evicting him from his family home of over 60 years.

“I was on the bridge. I helped defend our homes. I had a role in fighting against our evictions,” Sampson said. “I voted for the trust and now I have to fight against the trust I helped set up.”

At issue is the fact the deed to the family home was in his brother’s name. Sampson’s brother died two years ago and, unlike property in any other part of the city, the house cannot be transferred to him — despite the fact he’s named in his brother’s will — and must instead be sold by the trust to someone else.

On Dec. 20, Sampson, 61, received a letter from a lawyer representing the Toronto Islands Residential Community Trust Corporation giving him less than three weeks to turn over the keys to the house he was born and raised in.

“If the keys are not received on or before Jan. 7, 2019, the Trust will forcibly enter and change the locks,” reads the letter from Trust lawyer Bruce Lewis, obtained by the Star.

The letter goes on to inform Sampson that the house must be emptied of all possessions — for Sampson, two generations of furniture and heirlooms — otherwise they will be cleared out for him.

“The costs of the above, including all legal costs and a reasonable allocation of Trust administrative costs, will be deducted from the proceeds of sale,” Lewis states.

Sampson was born in the house on Algonquin Island and lived there until he was 30. He moved back full time two years ago to take care of his dying brother, Bruce, and says he’s being turfed out by a system that was supposed to ensure that people who live on the Toronto Islands can stay there.

“It’s terrible. Everybody knows I’ve been here my entire life. All my friends are here. My roots are here. I grew up here. It’d be heartbreaking for me to move out of my family home after 60 years,” he said.

The trust rules allow houses on the Islands to be passed from parents to children, or between spouses, but not from one sibling to another.

“The place has always been half mine, even though it wasn’t on paper,” Sampson said. “My brother always told everyone that it was half mine and he wanted me to take the home so it would pass down to my sons.”

Defenders of the rules say they have kept houses on the Toronto Islands affordable while the real estate market in the city has skyrocketed. Without the trust, the Islands would have become a playground for the super-rich, they say.

Trust board chair Lorraine Filyer told the Star she could not comment on individual situations due to privacy concerns, but said “the Trust is required to sell a house and land lease upon the death of the owner if the property has not been devised to a spouse or child.”

Filyer said she not aware of any exceptions having been made to this rule.

Toronto Island residents spent a generation fighting to keep their homes, starting in the 1950s, when Metropolitan Toronto began bulldozing houses to create parkland. The demolition crews began at the west end, and by the time they made it to Algonquin and Ward’s Islands at the east end in the 1970s, residents had dug in for a struggle that would last more than a decade.

The Supreme Court would eventually rule that Metro had the right to evict the Island dwellers, but a newly elected Ontario government under Bob Rae passed legislation granting them ownership of their houses and 99-year leases on the land.

When the first leases were signed in the early 1990s, fears that speculators would snatch up the idyllic waterfront lots and drive up prices drove the province and the residents to establish a trust to manage the purchase and sale of all Islands property.

That system, which requires those interested in buying houses on the island to win a lottery for a spot on a 500-person wait list, is overseen by the Islands Trust. When a resident wants to sell their home, the trust assesses the value of the house, declares a price and offers it to those on the wait list. There are no bids; wait-listed purchasers can only say yes or no.

“The Trust is mandated to provide stewardship of the Island Residential Community, ensuring that this community is maintained according to the principles which islanders fought hard for in their 30-year effort to retain their homes,” states the Trust’s website.

“One of the core principles of the Trust is to ensure that the sale of island homes and leases, which sit on public land, do not result in windfall profits for the owners … The system of regulated prices for homes and leases, sold only to people on the Purchasers’ List, ensures that this principle is maintained.”

Sampson’s parents bought the house on Algonquin Island in 1957 and raised Don and his brother Bruce there. They moved out to the countryside in 1976 and transferred the house to their sons. When it came time to sign the 99-year lease in 1993, Don had bad credit and could not get a mortgage for the $46,000 owing to the province, so Bruce took him off title and assumed ownership.

“He didn’t pay me anything for my share of the house. He was just holding it for me,” said Sampson. “I kept helping pay the taxes, I renovated the house, I always had an interest in the place.”

Sampson, who raised his three sons in an apartment in the city, moved back to the island two years ago to care for his brother, who had cancer. When his brother passed away, he thought that because he was part of the original community who fought and won the right for islanders to stay put, the trust would let him stay.

“They’ve made exceptions from the rules for longtime islanders before. I think that’s great. No one wants people to be thrown out on the street,” he said, saying a caregiver and a stepchild have inherited houses after an owner’s death. “Why won’t they make an exception for me?”

Sampson has set up a website, asking for members of the public to urge the trust to reconsider its decision to evict him and sell the house.

“The trust needs a wake up call,” he said.