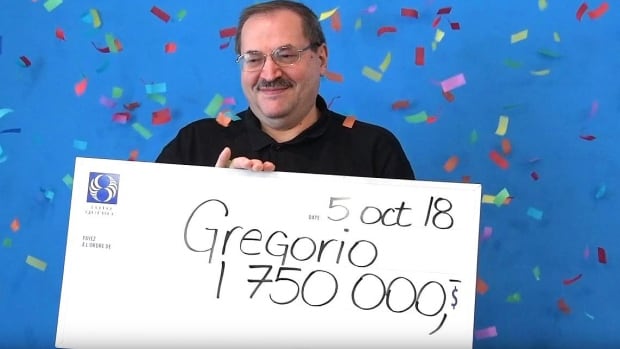 A Montreal man was cleaning out his wardrobe and readying some clothes for donation when he found a forgotten lottery ticket hidden in an old jacket — a ticket worth $1.75 million.

Gregorio De Santis hadn’t planned on cleaning out the wardrobe, but said his sister encouraged him to get the job done.

Thinking he might have won a few bucks, De Santis decided to see if the Lotto 6/49 ticket, dated Dec. 6, 2017, was worth anything.

When the lottery ticket was validated, he at first thought he had won $1,750 — a pretty exciting prize for anybody.

De Santis said his heart almost stopped when he realized he was suddenly a millionaire. He credits the unexpected win to his sister. He was still in shock during his visit to Loto-Québec on Friday to collect his cheque.

« I would never have looked in that wardrobe without her, » he said.

De Santis wants to organize his retirement plan and take some time to think, he said.  As a hockey fan, he said he will likely go see more games with his nephew.

In this case, the winning ticket was just two months shy of expiring.

With files from Radio Canada and La Presse Canadienne