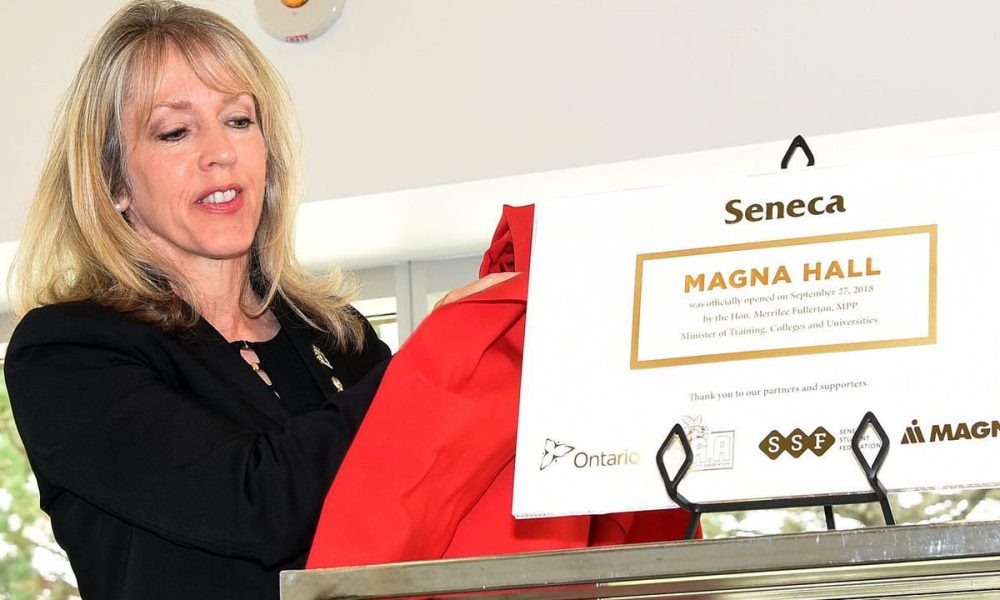 The Progressive Conservative government is finally doing the right thing — not so much the right-wing thing — on job-creation.

Not by cancelling next year’s scheduled increase in the minimum wage — bad idea.

Nor by revoking the two paid sick days guaranteed in a new law — dumb idea.

No, lost in the deservedly negative news coverage of those wrongheaded moves was the fact that the Tories are finally opting for the practical over the ideological in another area entirely. And merit credit for it.

They are finally putting the discredited Ontario College of Trades out of its misery — by dismantling the house the Liberals built a decade ago.

Perhaps you hadn’t heard of this little-known nest of bloated bureaucracy. Its public profile is minimal, but its obscurity is matched only by its opacity and notoriety among workers, employers and educators.

Established by the Liberals, at arm’s length from accountability, the so-called college emerged as the designated regulator of major trades and crafts across the province. It held the keys to training and hiring — and used them to lock down workplaces, lock out workers, and freeze out Ontario’s community colleges from training and placing their students in productive jobs.

The rogue regulator transplanted a traditional model of self-regulation that has worked (more or less) for professional groups such as doctors, dentists, nurses, pharmacists. But it was an awkward fit for an unwieldy array of 23 compulsory trades and 133 voluntary trades that are often in opposition to employers — and in competition with rival unions.

Trying to get everyone to get along was a recipe for conflict and chaos, paralysis and suffocation.

Much of the credit for exposing the bogus college of trades goes to former PC leader Tim Hudak, who pointed out the absurdities in the 2014 election campaign (as I wrote at the time): Lopsided hiring ratios that required construction companies to have five journeymen bricklayers on staff for every apprentice they employed; restrictive 4:1 ratios in other trades.

Ontario’s system was unique in North America, with no other province imposing such unwieldy hiring restrictions. Ratios of apprentices to veterans tended to be 1:1 in other jurisdictions.

Under pressure, then-premier Kathleen Wynne promised to look again at the unwieldy overseer she had inherited from her Liberal predecessor, Dalton McGuinty. A 2015 review led to a revamp, but not the full reset the province required.

Many of those ratios were later reduced, but the college’s reputation for rigidity was beyond redemption. A Star story earlier this year described the plight of an immigrant who couldn’t pass the required 120-question test to become a certified hairstylist, despite his Toronto employer boasting about his skill at cutting hair after 15 years of experience as a barber in his native Iraq.

Ontario’s community colleges publicly complained that the province’s severe shortage in the skilled trades would only get worse because of the convoluted process for enrolling apprentices and keeping their numbers down. Employers echoed the demand for reform, noting that jobs were going begging as the economy was booming.

Many (but not all) unions remained loyal to the regulator — not least my own newsroom union, Unifor (we are allowed to disagree now and then), for fear that private firms would hire cheaper apprentices over skilled journeymen. But unions have long had a historical blind spot over staffing levels in order to protect wages and benefits — the best example being their resistance to automated newspaper presses when they insisted on bloated “manning” levels.

Ontario continued to face a “gap between employers needing apprentices, and apprentices needing employers,” Merrilee Fullerton, the minister of training, colleges and universities, said in an interview. “We heard from apprentices, from employers, business, industry — even my mother’s hairstylist.”

Fullerton wants to wind down the college of trades and reduce apprentice ratios. She will phase out regulation of trades that don’t require such intense scrutiny (saddlery and swine herdsperson come to mind).

Paradoxically, it’s not an especially ideologically conservative plan — for the Tories may wind up ratcheting up government regulation to replace the self-regulation that went awry under the old system. Another irony is that it wasn’t a repository of partisan patronage — a former PC cabinet minister, David Tsubouchi, was appointed by the Liberals to run the old college of trades, and long defended its ossified structures.

But dismantling the old system is the right thing for Fullerton to do. Even if if turns out not to be as right-wing a plan as many Tories might imagine.