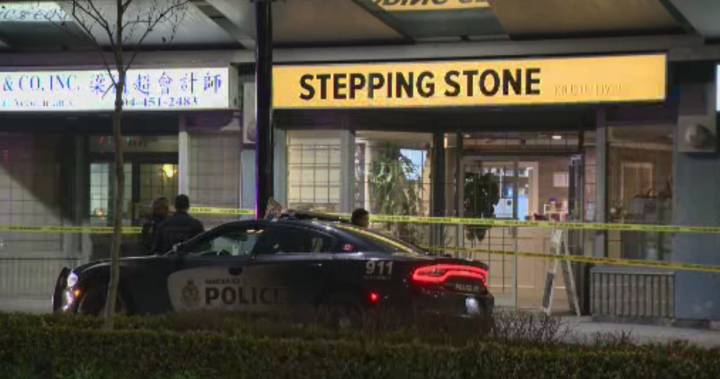 Vancouver Police are looking for two suspects after a shop customer suffered a bullet wound during an attempted armed robbery of a Kingsway holistic store late Sunday afternoon.

One suspect produced a gun and opened fire, striking a customer in the leg.

The suspects fled the store. It’s not known if they made good their escape with any store goods.

The injured bystander, a 32-year-old Vancouver man, was taken to hospital for treatment of non-life-threatening injuries.