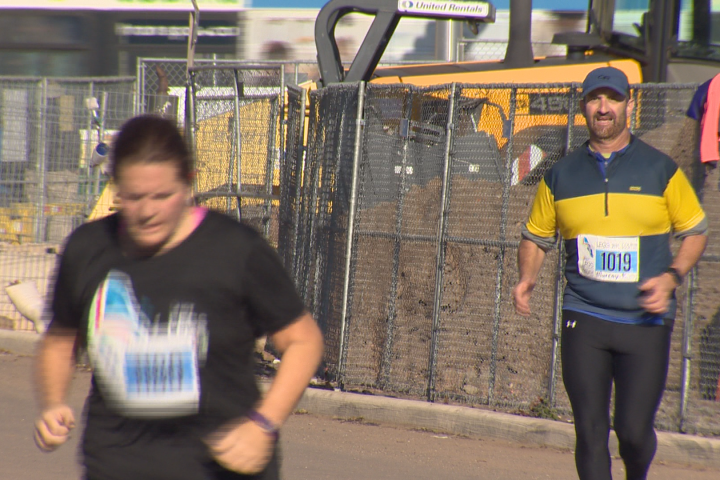 About 2,600 runners laced up their shoes to take part in the Legs for Literacy runs in Moncton.

Mike Peterson of Charlottetown, P.E.I., ran away with a first-place finish in the marathon. He had a time of 2:48:02.

Mike Peterson says this is his first marathon win in 16 attempts.

Emily Hamilton of Halifax finished first for the women in the marathon. She posted a time of 3:00:00.

Officials say runners came from across the Maritimes, Canada and even Europe.

Race organizers say the proceeds from the event are donated to literacy initiatives in southeastern New Brunswick.

“It can be school districts, for instance,” says Carole Chan with Legs for Literacy. “We also give to the library (and) we’ve given to organizations that help tutor kids.”

The five-kilometre, 10-kilometre, half-marathon and marathon races were held Sunday.

It’s not yet clear how much money will be contributed to local literacy initiatives, but approximately $37,000 was donated in 2017.

“We (New Brunswick) have one of the highest illiteracy rates in Canada,” says Chan. “It’s so important that if we’re going to put our funds to something that we support the education of our youth.” 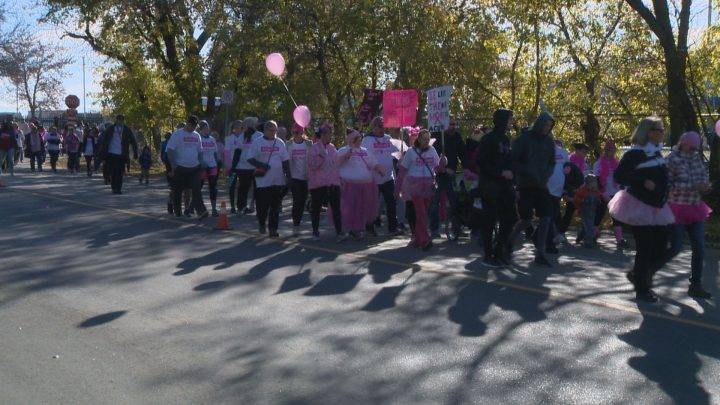 It was a sea of pink at Prairieland Park Sunday morning as over 1,000 people laced up their shoes for the annual Canadian Cancer Society CIBC Run for the Cure to support and raise money for breast cancer-related causes.


READ MORE:
Survivors and supporters across Saskatchewan lace up to Run for the Cure

And for runners like Nicole Thebeau, this run is personal.

“My mother-in-law passed away from metastatic breast cancer 15 years ago, so it’s a really near and dear cause to me and my family,” said Thebeau.

“She actually passed away the day after we got married, so it was a time where there was so much joy in our life, but at the same time she was so sick and we just wanted her to be at peace.”

This is the third year she has participated.

“Every year that we get up and run, is because we just want to make sure no one has to go through what we did as a family,” said Thebeau.

“When people pass away, it doesn’t get easier. People always say it’s going to get easier with time. You just learn to cope differently,” she added. “So that’s just how we’ve done it.”

And while her mother-in-law is a big part of why Thebeau runs, she’s not the only reason.

“I love that we have 1,100 participants this year,” Thebeau said. “The amount of money that we’ve raised, it’s just absolutely amazing and it’s so near and dear; but at the same time it’s terrifying because it just means there is that many more people who know or are touched by this disease.”

“It goes so much further than the funds being raised, it really is supporting [breast cancer survivors] and making them feel like what they’re going through is supported by Saskatoon and the community at large,” said Hack.

Runs were held in 56 communities across Canada, with nearly 100,000 people participating nationwide.