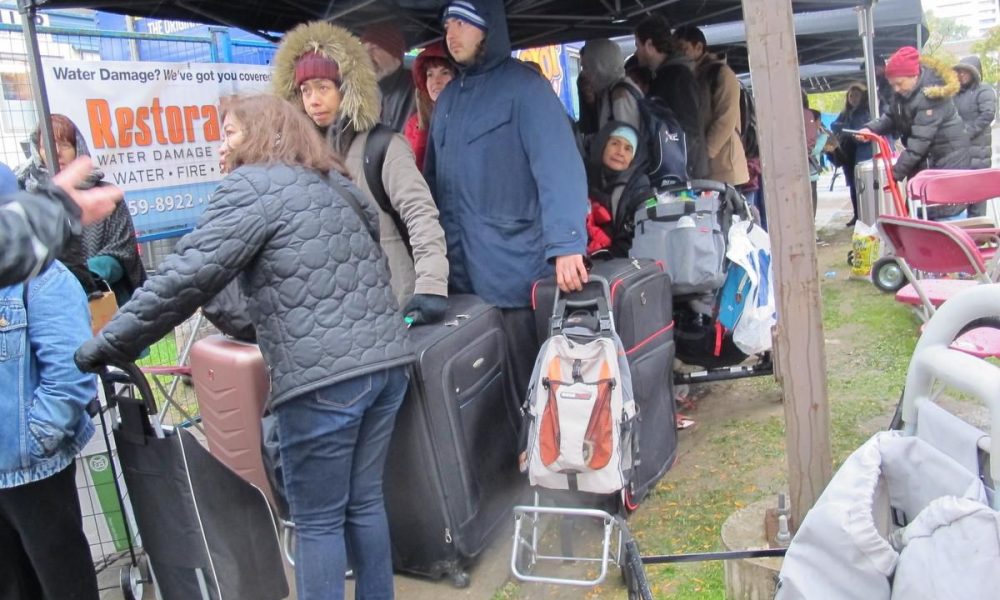 Displaced residents of 650 Parliament St. are protesting the landlord’s move to resume charging rent from some of those living in hotels and temporary accommodations across the city.

For the first time since a six-alarm fire forced a massive evacuation of the St. James Town building last August, roughly half of these tenants will be required to pay the equivalent of their original rent starting this month.

At a protest planned Thursday evening, tenants will be demanding that management give them at least a 50 per cent break on their rent while they’re still living away from their respective units.

“Tenants should not be paying full rent for smaller units, or for tiny hotel rooms, while dealing with the inconveniences of being displaced,” reads a statement from ACORN-Toronto, an affordable housing advocacy group that’s helping organize the protest.

According to estimates from relocation management office, there are 175 families currently living in hotels across town, 25 families in furnished rooms and 75 families in unfurnished accommodations.

These are the ones expected to pay rent, unless they’re receiving assistance from their insurance companies. Those who found accommodation through family and friends will continue to receive allowances, but will not be asked to pay rent, according to a notice from management.

Displaced by the 650 Parliament blaze, his life has been turned upside down

Residents of 650 Parliament won’t be back until 2019 at the earliest, property manager says

Out of about 550 units of the entire building, there were about 100 units that had insurance, according to management. It’s not clear how many of those have applied for insurance assistance during this period of displacement.

The building’s relocation manager James Thomas said the ownership’s decision to request rent from tenants is aimed at helping offset some of the costs associated with this emergency. In addition to covering housing costs, management has also been providing displaced people with daily food allowances.

“Every single person who has come into the response office has received accommodation,” said Thomas, noting it’s not clear what will happen if tenants in this situation don’t pay the rent.

“We want them to help us help them,” he said. “It’s been an incredibly challenging time for these tenants during this crisis, and I just hope finding them accommodation and providing allowances causes a little bit of less anxiety and more peace.”

Residents also want the City of Toronto to appoint a staffer who would act as a mediator between tenants and property management, as restoration work at the damaged building continues.

But a city spokesperson said what is happening is “a matter between tenants and the property owner.”

In an email to the Star, senior communications adviser Jennifer Wing added, “The city has not received this request and therefore we cannot speculate on how it would be responded to.”