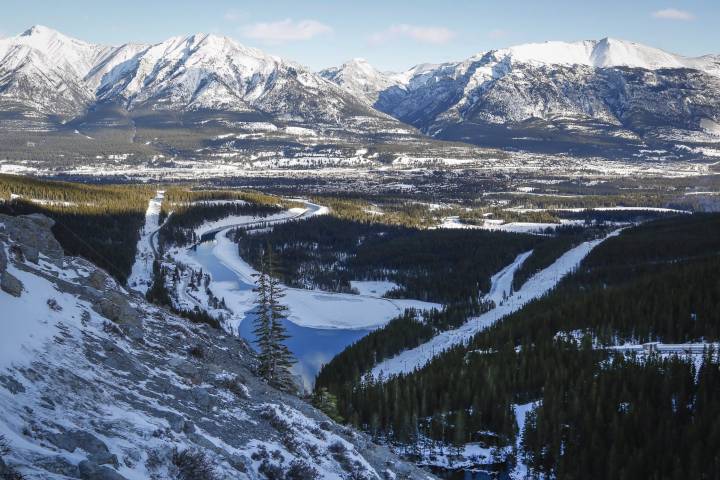 Looking for a cozy getaway? One with little traffic and nature knocking on the doorstep?

Look no further than Canmore, Alta., which recently ‘topped’ Expedia.ca’s list of ‘Canada’s coziest cities for 2018.’ The website says a cozy city is “a place with attractions that provide warmth, relaxation, and community. It’s a city with a welcoming hotel at the end of the night. It’s a town that says, ‘You’re family here.’”

In making the list, which was created from hotel data, Expedia said each location had at least 100 reviews with a comfort score of 3.5 stars and higher.

Expedia then listed the top 55 cities, though it added the list was in no particular order. Yet in saying that, it listed Canmore as No. 1, with London, Ont., as No. 2 and Langley, B.C., as No. 3. Rounding out the top five were Dartmouth, N.S., and Sudbury, Ont.


READ MORE:
Wellness tourism is growing faster than ever — this is why people are hooked

In describing Canmore, Expedia wrote, “Nestled against the Rocky Mountains, Canmore is a place that inspires fire pits, relaxing spas, and sights that take your breath away. Given how many glowing reviews we saw, there’s definitely something magical about it.”

For London, Expedia said the Ontario city of 383,000 “offers a little bit of something for everyone seeking respite from the chill: comfort food, rare vinyl record shops, and tons of community events. If you’re looking for local stores with sweet gems any hipster would fight you for, this is the place.”

And for Langley, “With berry fields and an old-fashioned movie theatre, the quaint town of Langley is a cozy place to visit just outside of bustling Vancouver, and it got top marks from visitors.”

Provincially, British Columbia was the runaway winner, with 20 cities in the list of 55, including three in the Okanagan: West Kelowna (6th), Osoyoos (20th) and Vernon (46th).

Next was Ontario at 14, with Alberta third with six. Every province had at least one listing, though the Yukon, Northwest Territories and Nunavut were left off the list.