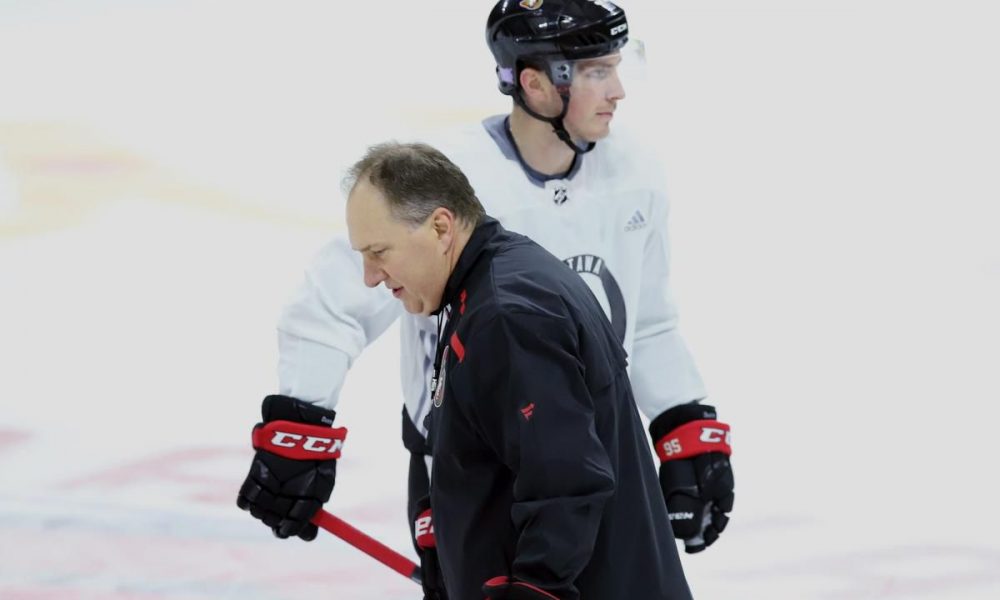 Confidence in passenger privacy has taken a hit after video from an Uber cab was posted online — for all the world to see and hear — as a group of Ottawa Senators players mocked their coach and the performance of team members.

The video, recorded Oct. 29 in Arizona, shows seven players crammed into the moving car while they collectively deride one of their coaches and criticize the team’s penalty killing abilities.

As much as being a highly embarrassing team moment, it is a blow to peer-to-peer ride-sharing services, which aren’t stiffly regulated, like taxi cab companies, when it comes to customer privacy.

“This is a clear violation of our terms of service and we worked vigorously to investigate this issue,” said Rob Khazzam, Uber Canada’s general manager, via Twitter, in reference to the Senators’ snafu.

“A video was released by the media today of several Uber passengers being filmed without their consent while having a private discussion during a trip in Phoenix,” he added, referring to the video posted on a Postmedia YouTube page.

“Filming or recording passengers without their consent is totally unacceptable and if reported/detected we will investigate and take action to preserve our communities’ privacy and integrity. In this specific case, we made efforts to have the video taken down,” Khazzam said.

And while filming passengers without their knowledge is against Uber policy, the Senators’ privacy breach comes at a time when drivers in ride-sharing operations install dashboard cameras for their own safety and to disprove passenger accusations.

Cameras are required in municipally regulated and licensed taxi cabs, but protections are in place for passengers, industry experts say.

“In every taxi in the City of Toronto there’s a requirement for a camera installed in the vehicle that takes still photos during trips and it is activated by the opening an closing of the doors,” said Kristine Hubbard, operations manager with Beck Taxi.

“This is designed not only for the safety of passengers and drivers, but also in a case that they are accused of doing something they may, or may not, have done, and those cameras are only accessed by Toronto Police Services (in the event of an investigation), which answers the privacy issue question,” Hubbard said.

“We have a zero-tolerance policy for anyone putting their own cameras in a taxi. We do our own inspections and if someone was found to have a camera it would be taken out,” Hubbard added.

She pointed out that there is a sticker on every taxi warning passengers they are being photographed and that only police have access to download images in an investigation.

“Privacy is all about control, personal control over the use and disclosure of your personal information,” said Ann Cavoukian, former information and privacy commissioner of Ontario, and currently a member of Ryerson University’s Privacy and Data Analytics team.

“You have to draw the line where this is a completely unacceptable practice, unethical and I’m sure there are some grounds to take it to court. Cabs and Ubers theoretically have cams for the security of the drivers, but there should be clear notice when you get in that there is a camera capturing everything you are saying and doing. I don’t think that type of notice is available in Uber,” she said.

“What is completely unacceptable is disclosing that information publicly via the internet. It’s up to Uber’s management to lay down the law and say to all their drivers they cannot disclose the information from your webcam to anybody else, and certainly not online for the whole world to see.”

Cavoukian added that when something bad happens in an Uber, or a driver feels their safety was at risk, the video should be taken to the police, not posted online

“The driver caught a salacious story with the Senators bad mouthing some people and posted it online,” she said. “It not only places the passengers at risk of some repercussions but it is a completely unethical activity.”

She said she agrees people should be cautious in what they say or do in public places, they should expect a certain level of privacy when they pay for a ride service.

“These guys got into the Uber and they were just letting off steam. We all do this and expect a level of decency, as we wouldn’t broadcast it on the internet for anyone to see. I find it appalling and I think Uber senior managers have to step in and say you cannot do that.

“They have to make an example of this person and say: We don’t do things like that.”

David Murakami Wood, Canada Research chair in surveillance studies and professor at Queen’s University, said the way the incident will be viewed and handled depends largely on context, The Canadian Press reports.

If it had played out on Canadian soil, Murakami said the driver would likely be facing legal consequences for making a recording without permission. But laws vary widely by jurisdiction, he said, adding such consequences seem unlikely for the Arizona-based Uber driver.

Henry Stancu is a Toronto-based business reporter. Reach him on email: hstancu@thestar.ca