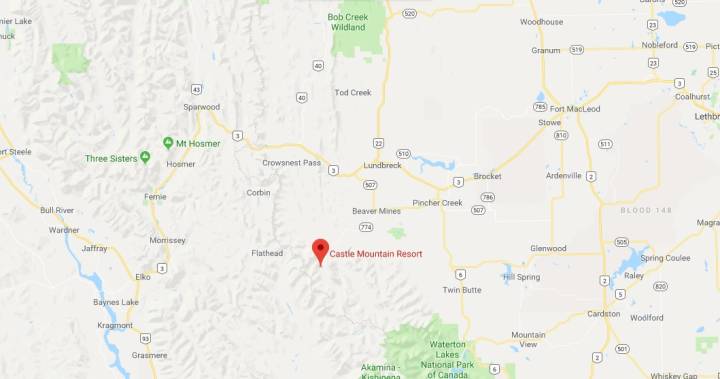 Ski Patrols with Castle Mountain were sent to aid the skiers and were able to successfully rescue both, returning them to the bottom of the hill where EMS assessed them for injuries.

It was determined unnecessary to escort the skiers to hospital as neither sustained any injuries from the avalanche.

The Red Chair hill was temporarily closed, so crews could use explosives on the area to prevent further risk of avalanches. It was soon reopened for the public for use. 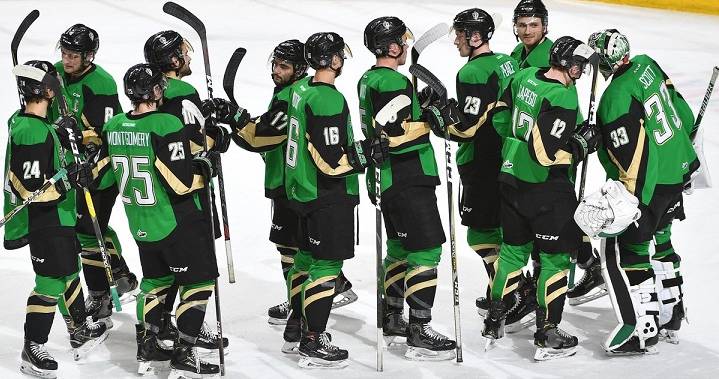 Head Coach Marc Habscheid picked up his 500th WHL win as the Raiders downed the Lethbridge Hurricanes on Saturday night.

📲Get the details on the Raiders App, or online here: https://t.co/J6jikpHuUw#GoRaidersGo pic.twitter.com/o2S95u7SAr

Cole Fonstad’s second goal of the game midway in the third period stood as the winner.

Jake Leschyshyn had a pair of goals for the Hurricanes as Jake Elmer, Ty Prefontaine and Igor Merezhko added singles. Carl Tetachuk turned away 31 shots in defeat.

The Raiders are off until Wednesday when they travel to Swift Current for a game against the Broncos (10-38-2-2). 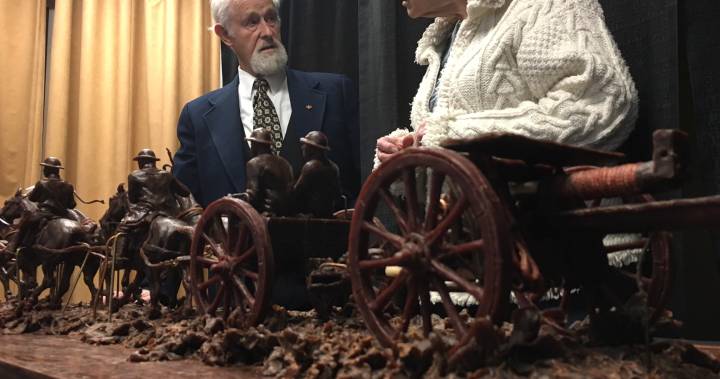 The Lethbridge United Services Institute, in partnership with Exhibition Park, have announced a campaign to bring a monument to the city with historic significance. The goal is to not only display a monument to the First World War, but to remember and honour veterans from Alberta.

“We are pleased to announce and unveil a capital project recognizing the rich military history of Alberta,” said Glenn Miller, president The Lethbridge United Services Institute.

“The connection the city of Lethbridge has, being an artillery town from 1908,” Miller said, “111 years ago it started and continues today with 20th Independent Field Battery.”

Funds are being raised for the creation of a quarter-size bronze monument of six horses, towing an 18-pounder field gun, and will be on permanent display at Exhibition Park. The monument is expected to cost approximately $200,000 and organizations are reaching out to government, business and individuals for funding.

“It’s a great piece of history for Exhibition Park,” said Rudy Friesen, CEO of Lethbridge Exhibition Park. “We’ve been on this location since 1910, we played a significant part — this property, at least — in both world wars.”

The monument will be modeled after the last gun to be fired in the First World War from the Lethbride 39th Battery. It’s news a former member of the battery is proud to hear.

“It’s special to bring to the citizens of Lethbridge the history of the artillery here,” said former reservist Don Graham, “and I think by bringing things like the monument into Lethbridge, it kind of reminds folks, yes, we were there and we still are.”

Having served as a reservist for 13 years, Graham hopes that this statue will remind younger generations what Canadian soldiers went through in defense of the country. 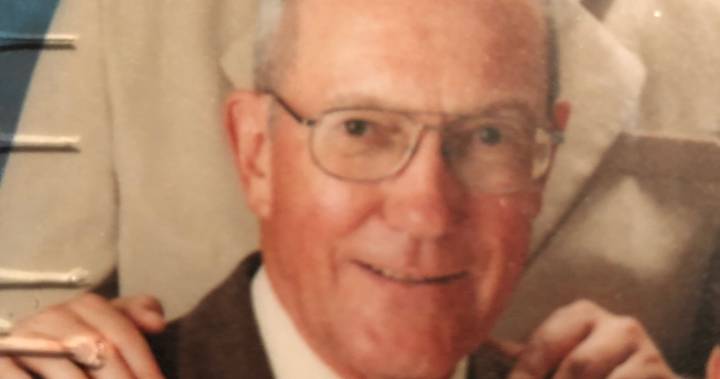 Lethbridge Police are asking for the public’s help as they search for a man reported missing on Saturday.

Lethbridge Police say they are concerned for his welfare.

Anyone with information on Wall’s whereabouts is asked to contact police at 403-328-4444. 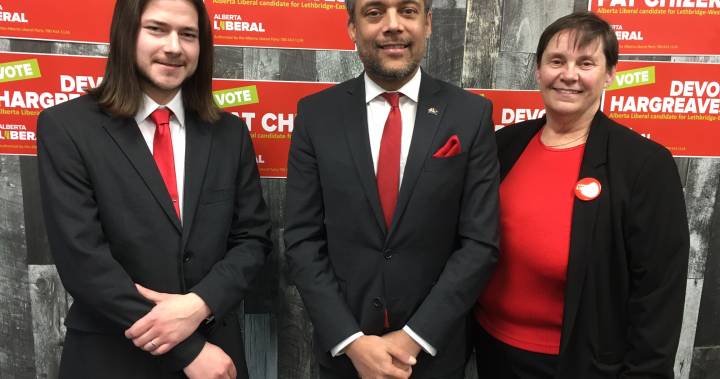 “This is going to be a great opportunity for us to regain seats in the legislature. Lethbridge-East and Lethbridge-West are going to be a big part of that plan. We’ve elected Liberal MLAs here in the past and we’re going to do it in the future,” said Khan.

Hargreaves was born and raised in Alberta. He is married, works in the private sector and has lived in Lethbridge for several years. Speaking to the crowd of supporters, Hargreaves talked about his passion for inclusivity, diversity and his desire to take back the ridings that were once Liberal.


READ MORE:
How do Alberta’s political parties vet their candidates?

Challenging in Lethbridge-West is former teacher Pat Chizek, who discussed her passion for public health over private.

“I would like to make sure seniors have enough facilities to care for them so that they can live dignified in the last years of their life,” said Chizek.

The two new candidates along with the Alberta Liberal Party Leader spoke to a room of supporters, at a local Lethbridge restaurant. 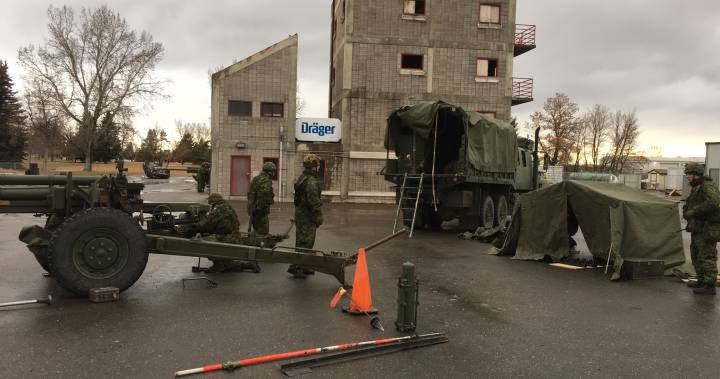 “We need to train these troops how to operate with a real enemy force so that they have an understanding of how they need to react when it’s not just a training,” said Maj. Nick Barber, commanding officer of the 20th Independent Field Battery.

“This type of a scenario is not uncommon. When we deployed to Afghanistan, a lot of our deployment had to be in urban situations, at least moving through cities, so understanding how to operate and hide these big vehicles and these guns in an area (where) you don’t have trees or that cover is very important,” Barber added.

As real and intense as these exercises are, a majority of the reservists involved also work or study full-time. Lt. Ansil Norman is putting his books down and picking up his rifle to take part in these exercises.

“It’s certainly a challenge, personally,” he said. “I stayed up all night and the other night running around all weekend. I’m going to go home and immediately dive into my biology textbooks for some tests this week so it’s definitely very challenging to do but also very rewarding.”

Still, despite his busy schedule, the challenge of being both a soldier and a student is one Norman is more than willing to take on.

“It’s my way of giving back to Canada for all the quality of life and luxuries that I have, and I’m happy to do it,” he added.

Military exercises like these happen several times a year, allowing soldiers to maintain the proper training for possible deployment. 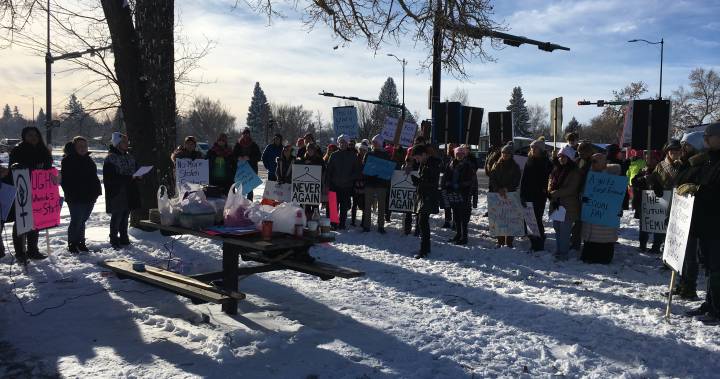 Its been two years since the first massive women’s march that took place took place in Washington D.C., following the inauguration of Donald Trump.

On Janurary 17th, 2017, marches were held throughout the United States, Canada and across the globe, and have continued the following years.

On Saturday, crowds gathered in Lethbridge to show their support and demand advancement for equality and justice for women, while also showing support for gender equality and the LGBTQ community.

Members of the Indigenous community also expressed their concern for the many missing or murdered women in Alberta and across Canada.

“We are more likely to face sexual assault, to face rape, to be abducted throughout Canada,” said Tatiana Weaselmoccasin.

Many want to see more action taken in addition to the National Inquiry that was held by the federal government, including better policing and more robust investigations, Weaselmoccasin added.

The Lethbridge Women’s March was one of many held across the country Saturday and organized through group March on Canada. 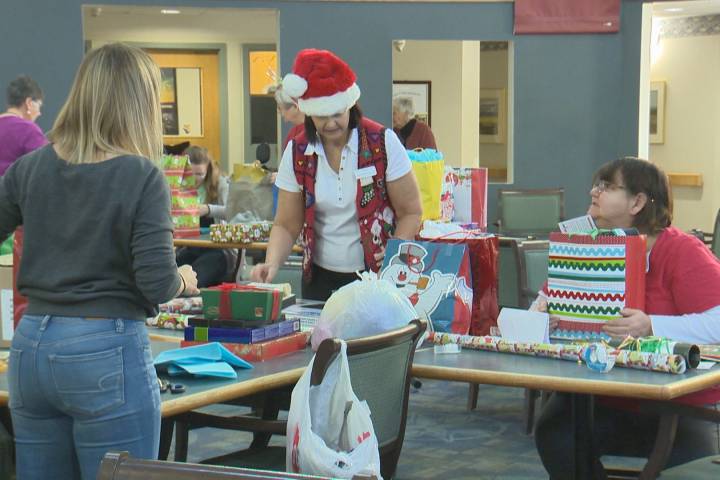 The holiday blues can be a very real and dangerous emotion for isolated seniors, but community members and organizations are working together to turn those feelings of isolation into thoughts of cheer this December.

A party was held at Age Care on Tuesday to benefit seniors spending Christmas alone this year.

“We’ve found that socializing is really good for brain health,” said Shari Remus with Alzheimer’s Society of Alberta, “and for seniors around Christmastime we’re finding they’re not getting the socializing they need and they feel very left out.”

Organizers said social isolation can be twice as deadly as obesity and can increase the risk of dementia by two thirds.

An issue many seniors living in care facilities can experience, especially during the holiday season.

“Some of the seniors don’t have family nearby, or have lost loved ones and have no one to celebrate with, so this is very important to them,” said Barb Funk, care coordinator with Age Care.

However, local organizations and community members are hoping to change that this year with the ‘Christmas to Remember’ and ‘Stocking Stuffers for Seniors’ donation drives, where more than 300 gifts have been collected for seniors across the city this Christmas.

“We are seniors, so if we were by ourselves I think we’d be very sad but appreciative if someone remembers us on Christmas,” said volunteer Judy Cartwright.

The gifts will be given to seniors who otherwise may not be receiving anything this holiday season, a notion one volunteer says is often overlooked.

“I’m a student myself, so I spend much of the holidays alone. I think a lot of the time people forget about seniors, so this is a good way to give back to the community,” said volunteer Ashely Labossiere.

Volunteers will be delivering the gifts to hundreds of seniors on Christmas day. 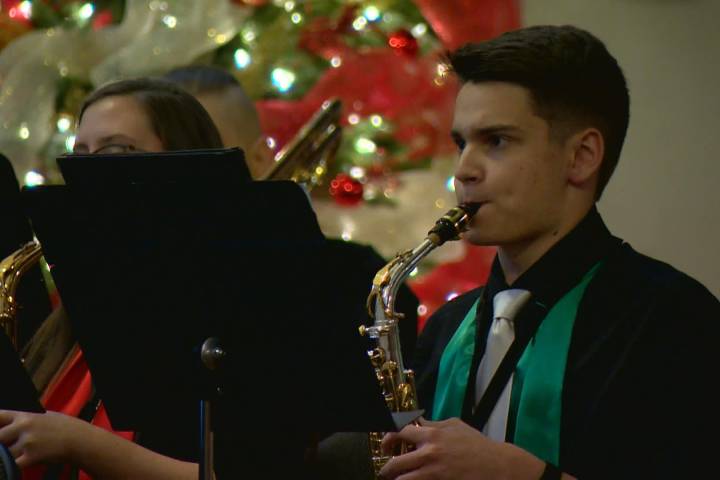 Dozens were seated in the pews at Southminster United Chuch on Saturday night for the 27th Annual Mayor’s Christmas Concert.

Organizers said the yearly holiday show is vital in reaching their goal of serving nearly 7,000 people — part of their Christmas Hope campaign.

“This event sells out every year and we’re privileged to be part of it,” said Lethbridge Food Bank Warehouse Manager Phil Rosenzweig. “We really appreciate the support that Lethbridge gives in this community Christmas time event.”

Bands in attendance were joined by the Magrath Elementary School choir. 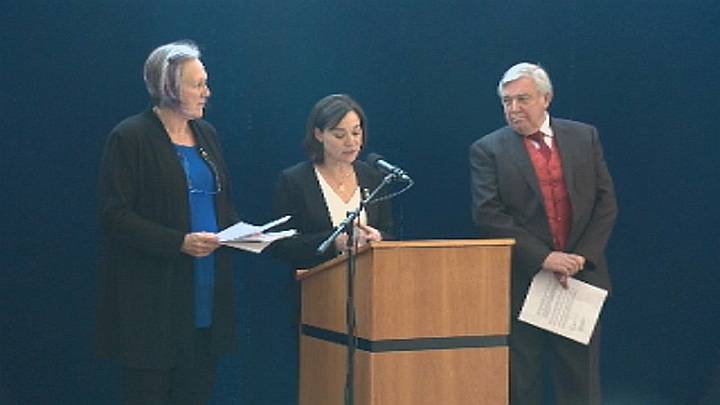 The Alberta government announced Friday that it will be funding new initiatives to help address issues that have arisen regarding the opioid crisis and substance use in the city.

“Lethbridge is facing a very serious opioid crisis. It’s one of the worst in Canada,” MLA Shannon Phillips said. “In southern Alberta, we’ve seen really specific effects of it, not just in terms of overdose deaths but also in homelessness and other issues in the downtown.”

The provincial government will be putting $12.6 million towards building a permanent supportive housing complex to help with homelessness and address complex issues, including substance use.

The money will also create new intox spaces in the city to provide a space for people to sober up and will include access to services like housing programs and health care.

“Opening up only the supervised consumption site created additional problems,” Lethbridge Mayor Chris Spearman said. “It highlighted the fact that we lacked these services.”

However, officials are not saying exactly where the facilities will be located.

“These are very controlled facilities; they are up and running in other areas,” Spearman said. “There’s virtually no issues in neighbourhoods where they’ve been located so I think we have to look at it positively and not create issues before they happen.”

The new initiatives are expected to start rolling out over the next year.

“It takes time to build a supportive housing facility, that will come beginning in 2019,” Phillips said. “The intox services, we just need to work out some of the details on delivery mechanisms but that, again, will be in 2019.”

The province also said it will be expanding physician services for opioid treatment, including providing access to a virtual opioid dependency program that connects patients to specific treatment physicians located in other parts of the province.