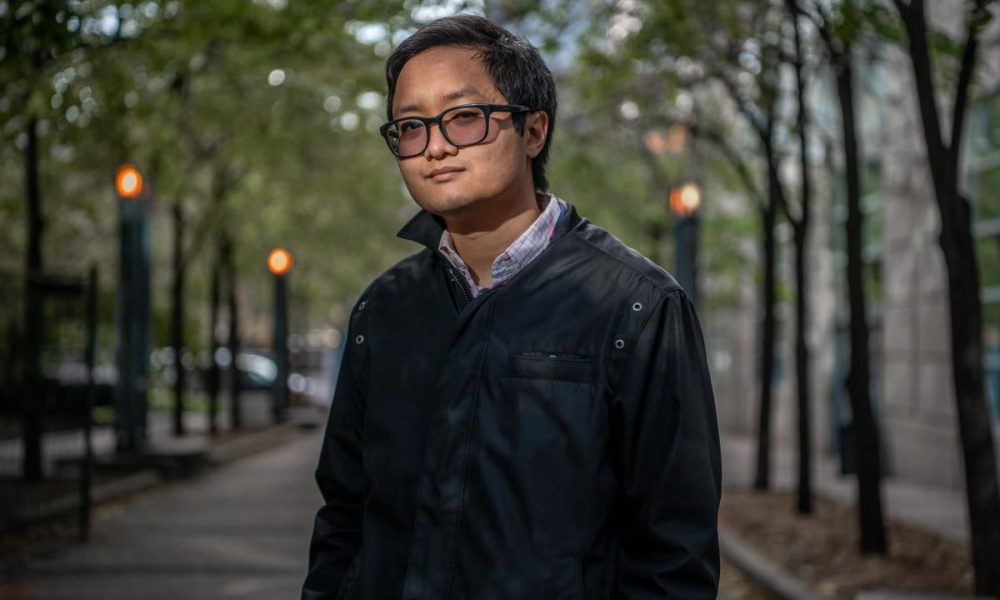 At age 6, a little boy with a lisp is told by his parents if he wants to succeed in Canada, he has to learn English. He’s the son of two refugees from Vietnam, neither of whom speak the language.

So his mother calls the Dial-A-Story program, a Toronto Public Library service that lets kids and their families call in to listen to a bedtime story at any time of day, free.

Today, Do works at a downtown Toronto think tank. He designs research projects, facilitates policy hack-a-thons and workshops for government clients. He has no lisp.

The ritual with his mother, which Do said started when he was in senior kindergarten around 1995 at the family’s condo at Keele St. and Finch Ave., gave him a love and appreciation for stories — and the confidence he lacked to tell his own.

“I think just hearing someone tell you a story kind of just gives you that confidence to articulate yourself,” he says.

A quick call to 416-395-5400 transports the listener to the 24-hour Dial-a-Story hotline, where on Wednesday morning the Star heard a woman’s kind, animated voice on the other end.

“Hi my name is Itah Sadu and boy, do I have a story to tell you,” the narrator says, in a recording, before launching into a morality tale about how a man named Gor decides which of his two daughters will inherit his wealth.

A caller has the choice between a story for “older” children up to age 12, or “younger” children under age 7, with the narrators and stories changing throughout the week.

In Sadu’s tale, which is for the younger audience, Gor asks his daughters to fill a room with just $5 — one purchases tons of things, the other a candle, to fill the room with light.

The story is a traditional tale, Sadu told the Star in a followup call. The Toronto storyteller, who owns the multicultural bookstore A Different Booklist on Bathurst St., near Bloor St. W., said she has been doing the recordings as a volunteer for several years.

Dial-a-Story, which is available in 16 languages, was created in 1989 by a consortium of the Caledon, Vaughan, Brampton and North York libraries.

The Toronto Public Library took over the service in 1998, after the libraries of the Toronto’s former municipalities merged with amalgamation.

The purpose of the program, said Peggy Thomas, Toronto Public Library manager of children’s services, is to make stories available to a child all the time, anywhere, any place their family has access to a phone.

“If you listen to it together and have conversations around it you’re developing your oral literacy as well, along with your listening skills,” she said.

Sitting with a parent and calling the hotline, she said, gives children “an opportunity to be with someone who you love and admire and spend time with them exploring literature.”

Access to stories is crucial to the development of a young mind, said Raymond A. Mar, an associate professor of psychology at York University who has researched how children who are exposed to more kids’ books tend to be further along in their development beginning as early as age 4.

“We are intrinsically interested in other people,” Mar said. “The flow of stories told to us offer an insight or a window into other people.”

There are a lot of subtle aspects of Canadian culture — which may be invisible to native English speakers — that can be a challenge to people learning a second language, but that end up embedded in our stories, Mar said.

The family’s nearest library was the York Woods Library at 1785 Finch Ave. W., a 20-minute walk from home.

Do said he vividly remembers one of the first times his father left him alone at the library after first asking the librarian to watch over his son, no older than 11, for an hour.

“We aren’t really a babysitter,” Do said the librarian replied, and so his father instead sat down and the two read together to pass the time. When his father did leave the library — just for an hour — Do said he was so engrossed he barely noticed.

By 2001, when his family moved to Vaughan, Do said he had learned to speak near-perfect English, an achievement he also credits to school, English-as-a-second-language classes and speech therapy for his lisp.

But when it came to completing his mandatory school community service hours, he decided he would take himself back to his childhood library on Finch.

“I was very dead set on going back to that library and volunteering at that library because I just had so many memories there,” he said. “I was in a position to tutor kids in reading, and reading stories to them as well.”