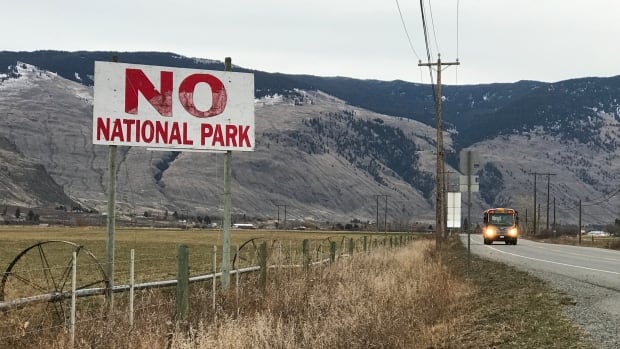 Doug Boult looks out over the rolling mountains behind his orchard in Cawston B.C., covered with sage brush.

Where his fields of Gala and Ambrosia apples ends, the foothills begin. It’s also the start of the proposed boundary for the South Okanagan-Similkameen national park reserve.

« When I was a young lad we hiked these mountains continuously, hiking around and enjoying things, » he said. « It taught us a lot of disciplines that are great for later on in life. » 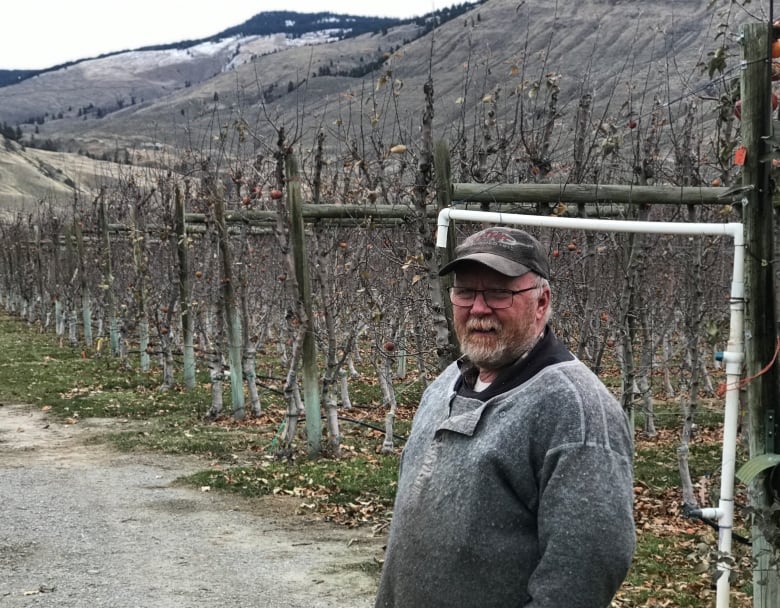 Doug Boult on his apple orchard near Cawston B.C., at the base of the mountain range that could soon all be national park reserve land. (Brady Strachan / CBC)

Boult is one of a vocal group of people in the area who are worried the way of life he’s enjoyed will drastically change if the national park is established.

« We are going to lose our ability — our freedom to just go and enjoy [the back country], » he said. « It will now cost money to go and enjoy. It’s just a loss of freedoms. »

Progress stopped in 2011 when the B.C. government decidied not to proceed with the park reserve. Parks Canada soon stepped away citing lack of support from the provincial government. 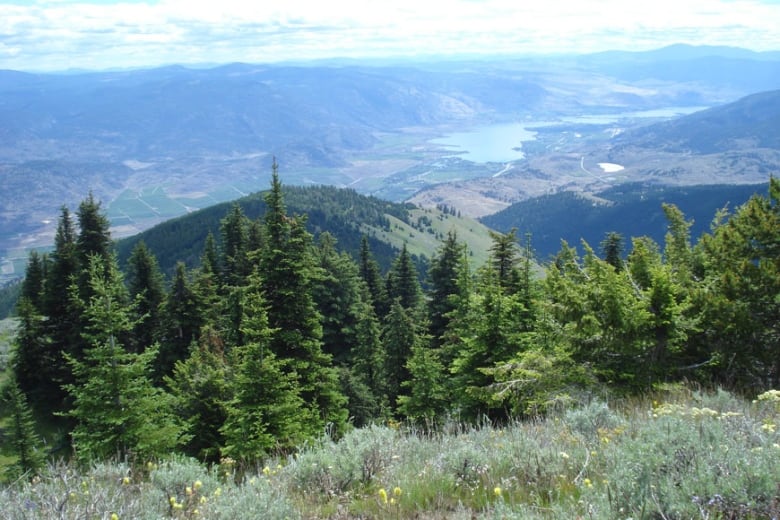 The view from Mt. Kobau looking out over much of the area the proposed national park reserve area in the South Okanagan. (Province of B.C.)

But in October 2017, B.C., Ottawa and the Syilx/Okanagan Nation announced a renewed commitment to establishing the park reserve.

Now, Parks Canada is conducting a public consultation process to develop the concept and park boundary.

The government agency cites protection of the sensitive ecology and more than 60 provincially listed species living in the region, including badger species, birds and reptiles.

Local First Nations have recognized the need to protect the land through the establishment of a national park reserve.

« [It] will create greater protections for our siwɬkʷ [the water], tmxʷu’laxʷ [the land], and tmixʷ [all life on our traditional lands] within our unceded territory, » said Lower Similkameen Indian Band Chief Keith Crow in a statement. 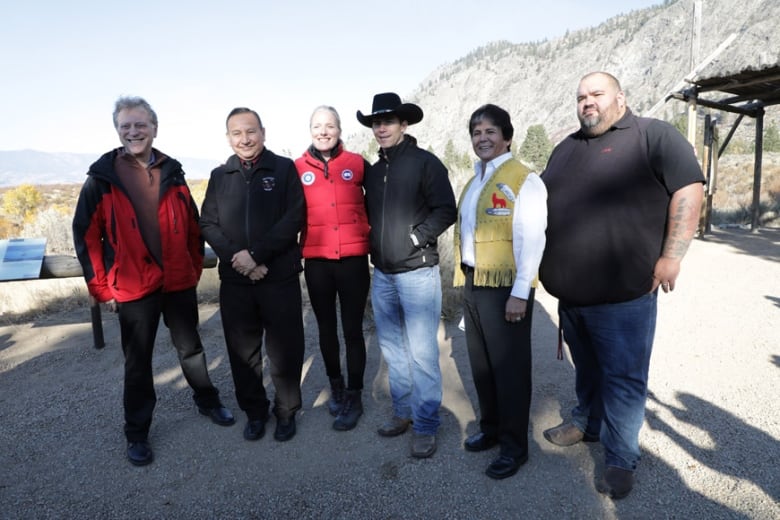 Other park proponents cite the expected influx of tourists to the region.

However, many of their neighbours, like Doug Boult in Cawston, see it differently.

« It is a fragile area. We understand that. That is why we are doing everything we can to protect it, » he said. « The park and the visitors it will bring will end up doing more damage than what the locals have done to protect the land all these years up to now. »

A few miles north of Boult’s orchard, Mark Quaedvlieg inspects cattle at his feedlot.  Quaedvlieg’s grandparents settled in Keremeos in 1910 and provided pork, milk and butter to mining communities.

Now his cattle roam the Crown grasslands that could soon be within the national park boundary. 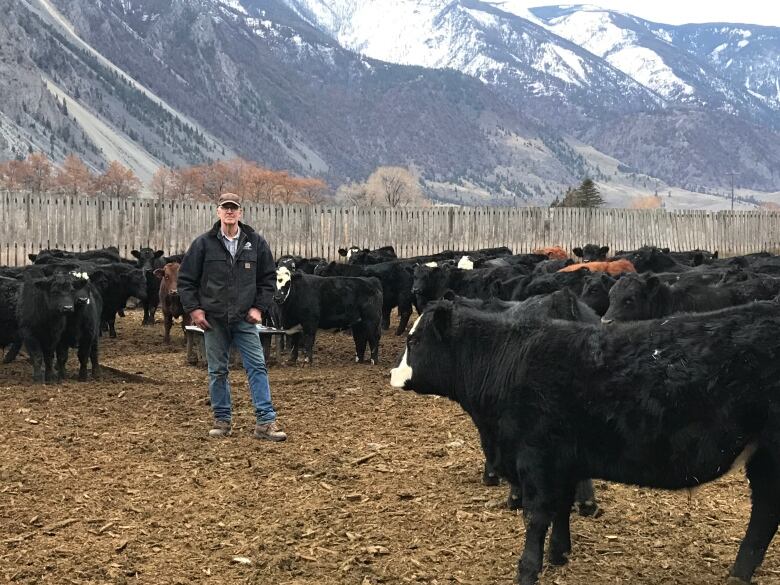 Keremeos rancher Mark Quaedvlieg’s cattle graze on Crown land that will be within the South Okanagan-Similkameen national park reserve boundaries, if the park is established. (Brady Strachan / CBC)

Parks Canada has promised ranchers it will continue to allow grazing within the national park, but Quaedvlieg fears it won’t be easy to renew grazing tenure.

« I don’t want to ranch on a piece of ground where people aren’t happy to see me there. Everything I hear from Parks Canada is that cattle are not a part of a national park, » he said.

More than a decade ago, Quaedvlieg erected a large white sign along the highway between Keremeos and Cawston saying ‘No National Park.’

« It’s stood there every since and never been tampered with, » he said.

Anyone driving through the region will come across similar signs at the end of driveways — a stark reminder that despite the progress governments and proponents have made on the national park reserve idea, there are many who may never be won over. 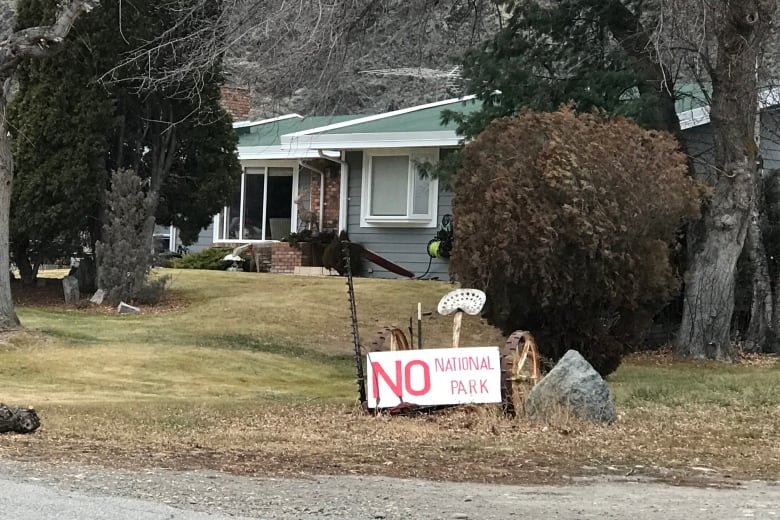 A ‘No National Park’ sign along a road in Cawston, B.C. (Brady Strachan / CBC)

While Coneys and pizza are the most well-known Detroit food, the thing most argued about here is toum. This Lebanese garlic emulsion is the cousin to aioli and allioli, and its construction and personality are equally specific, differing, and well-guarded. Rarely called by its actual name, it’s often referred to as garlic sauce/dip/spread, or gruntingly, “garlic.” Omnipresent at Lebanese restaurants in metro Detroit, toum is slathered inside shawarma, eaten a forkful at a time on meats, and melted on fresh pitas. My current toum fave is at new-school banger Kanun Grill, but the Best in Show year after year is Beirut Bakery, where a touch of egg white turns it so airy and smooth that it becomes something closer to mousse.