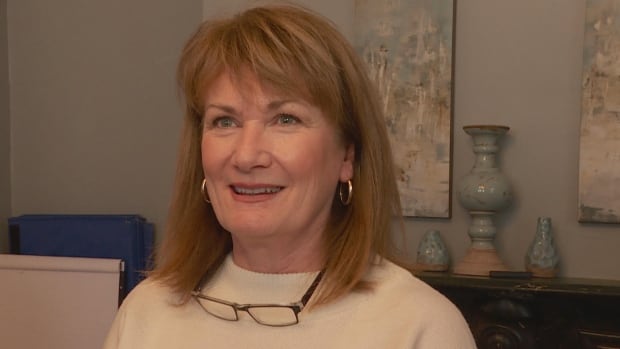 P.E.I. has announced it will create a child advocate position, becoming the last province in Canada to do so.

The announcement was made Friday by Premier Wade MacLauchlan in Charlottetown.

Island children deserve an independent non-partisan advocate … that is not what the premier is providing.— Peter Bevan-Baker

Michele Dorsey was named the children’s commissioner and advocate, effective Jan. 1, 2019. She’ll work through a new government entity, the Office for Children and Youth.

« The new children’s commissioner and advocate and the Office for Children and Youth is a significant cross-governmental undertaking to build a bright, healthy, prosperous future for young Islanders, » said MacLauchlan in a written release.

The Office for Children and Youth will be responsible for championing the rights of children, ensuring the voice of children and youth are represented in policy and programs, supporting families navigating programs and services and more, the release said.

The initial recommendation for P.E.I. to have a child advocate came from the jury at the inquest looking into the murder-suicide of four-year-old Nash Campbell and his mother Patricia Hennessey. 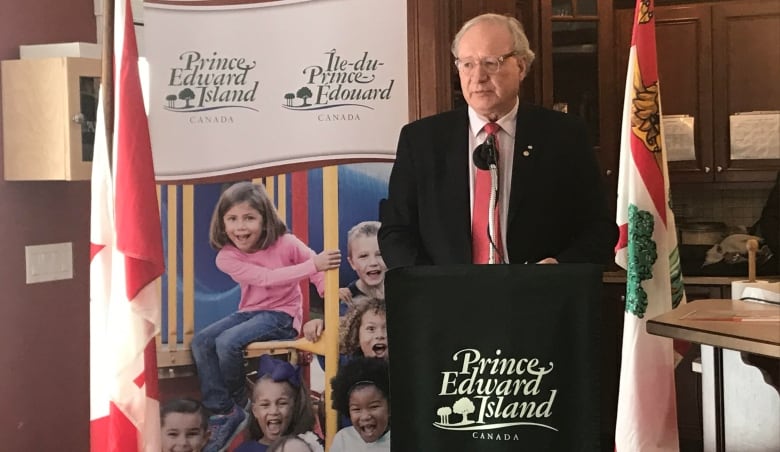 Premier Wade MacLauchlan made the announcement at Chances Family Centre in Charlottetown.

The two died in a vehicle fire near Tignish on June 21, 2013. Hennessey lost custody of her son the day before.

In his report stemming from that inquest, P.E.I.’s chief coroner of the day Dr. Desmond Colohan recommended the province « assess the need for such a position and consider the best way to meet the intent » of the jury’s recommendation for a child advocate.

Government’s initial position, defended time and again in the face of repeated criticism from opposition parties, was that the province could protect children without creating the position.

The province unveiled a new « hub model » to get various government agencies to work more closely and share information to better protect children at risk. It also created a position for a lawyer to represent children involved in contentious custody disputes.

In April 2016 Liberal MLAs voted down a motion introduced by the PCs to create a child advocate.

« We’ve got the official guardian, the family law centre, we’re considering the establishment of a children’s lawyer, we have a hub model of four departments, the chief health officer is in place, » Premier Wade MacLauchlan said at the time. « What is in place is in the fullest sense delivering the service that would be provided by a child advocate. »

A year later, after his government tabled its first balanced budget, the premier said he might be willing to reconsider.

P.E.I. had been the only province in Canada without a child advocate, but after Doug Ford became the premier of Ontario his government announced it would cut its position for a child and youth advocate.

The P.E.I. government created a position for a child and youth services commissioner in 2010 but the position was quietly eliminated in 2015. At the time government said the position was dropped « as part of an effort to move as many resources as possible to the front line. »

Friday, Green Party Leader Peter Bevan-Baker called Dorsey’s appointment « hugely disappointing, especially with respect to the authority and independence of the position, and the hiring process used to fill it, » he said in a written release.

The position is not actually a child advocate as the term is understood in other jurisdictions, he argued in the release.

« Island children deserve an independent non-partisan advocate — an advocate whose authority is set out in legislation, who is hired through an open merit-based process, and who can act independently of government interference, » Bevan-Baker said. « That is not what the premier is providing. » 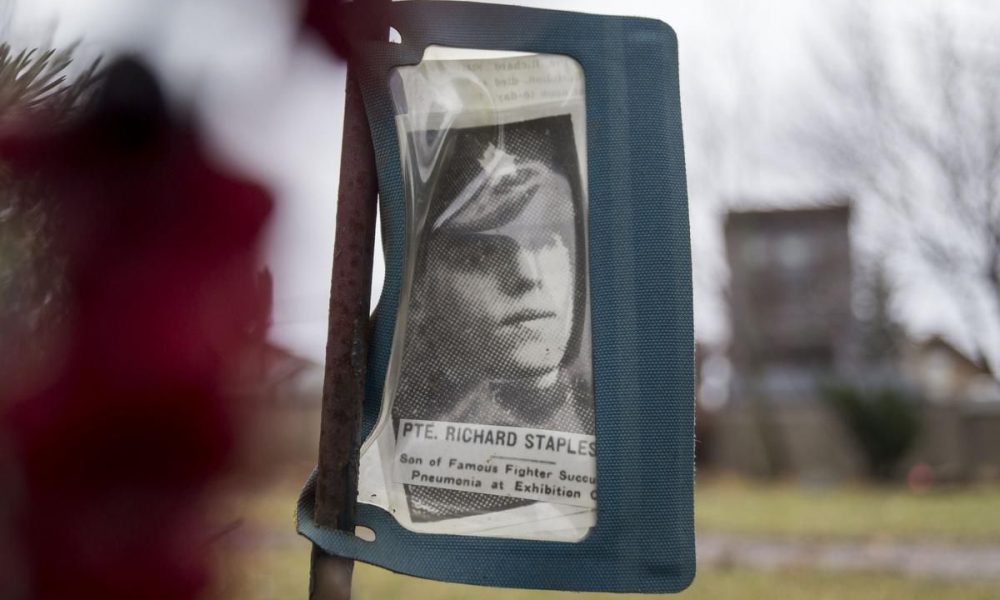 On a cloudy December afternoon, Maggie Allison stands over the grave of Pte. Richard Staples at Prospect Cemetery in Toronto.

She talks to him, as she often does, and tells him she is about to meet his great-niece, Catherine Staples. While Staples and Allison have exchanged emails, they’ve never met in the five years Allison has been caring for the grave.

According to Allison, who is in her 40s, she found Richard’s grave by accident while on a late-afternoon jog through the cemetery in October 2013.

Something pulled her to an unkempt grave in a poorly maintained section of the cemetery. And she had a strong emotional reaction — the discovery made her break down crying. But Allison still doesn’t know why, since she had never heard of him and has no apparent ancestral connection.

“I just felt this overwhelming feeling of finding something that I had lost,” Allison said in an interview in November. She has been drawn to his grave ever since, bringing flowers each season and keeping his plot tidy. She even planted a cedar tree next to his gravestone.

Allison was determined to find out everything she could about Richard, who died in 1916. Information was scarce until a post on memorial website Find A Grave in October 2015 provided details of his trip to Canada and enlistment in the military.

The post lead her to Richard Staples’ great-niece, Catherine Staples, who had also found the post and had commented on it. Allison then sent her an email in explaining the story.

Over the next three years, they kept in contact, always intending to meet, but never finding the right opportunity. They’ve even narrowly missed each other a few times while visiting other family in the cemetery.

As Allison and Staples finally meet, their eyes light up, with smiles galore and arms outstretched. They share a hug as if they themselves were long-lost relatives.

“It was like I was hugging a part of Richard,” Allison later says.

For Catherine, the whole experience has been surreal. When she first read Allison’s email, she was shocked and surprised.

“My first reaction was ‘my God, this is so special,’ ” says Staples, 69. She has a keen interest in genealogy and had been scouring Prospect Cemetery for months before Allison reached out, looking for a shabby grave rather than a well-maintained one.

“I’m being rewarded for all my hard work of searching for ancestors. It was really special.”

The post on Find A Grave and an entry on Veteran’s Affairs Canada’s virtual war memorial explain that at age 16, Richard came to Canada from England in 1914 with his parents and two siblings, one month after World War One started. Records indicate he and his father were shoemakers. He enlisted in the 169th Battalion in February 1916. Though the age requirement was 18, recruiters would often overlook the ages of young recruits to fill their quotas, particularly after 1916.

Staples was stationed at Exhibition Place in Toronto, which was used as a military training camp during the war, when he contracted pneumonia. He died on May 16, 1916.

Along with his death his family had also received news of a relative killed in action. According to a report at the time, Richard’s stepfather, Henry, had also enlisted. He had previously been discharged from the British military for “having a nervous breakdown.”

In Staples’ research, she found that Richard’s name was originally Eugene Edward when his birthfather Thomas Edward was still in his life. When or why he changed his name is a mystery. While it was not uncommon for children to take their stepfather’s name, he changed his first name, as well.

While there are large gaps in the information, Allison and Staples speculate on the kind of man Richard was.

“I think that he was just like a really sensitive, sweet man,” says Allison. “Do you get any feeling, Catherine?”

“I have a good feeling because maybe he was following in his dad’s footsteps,” says Staples.

They both appreciate being able to learn as much as they have about his life, crediting that to the community of World War One enthusiasts who dedicate much of their time to uncovering the stories of forgotten soldiers.

Find A Grave is one of their many outlets for connecting people with their lost relatives. Owned by genealogy company Ancestry, the site claims to have over a million contributors of virtual memorials and thousands of contributions are made per day.

Margaret Rose Gaunt, who posted Richard’s Find A Grave information, is one of them. She wanted to learn more about her uncle, who was killed in Normandy in June 1944. Gaunt made a post on the Canada Remembers Facebook page in 2010, which was met with many comments from war enthusiasts. One even visited her uncle’s grave in France and photographed it for her.

Gaunt then resolved that she’d pay the favour forward. She says it’s a noble hobby, having made over 1,800 contributions to Find A Grave alone.

Part of what makes this important to her, she says, is the fact that she was adopted by her uncle and didn’t know who her birth parents were until she was in her 40s. And so, she feels a duty to connect people to their relatives.

“They gave their lives for our freedom and they need to be remembered,” says Gaunt, 75. “And if you can touch somebody else, that makes it all worthwhile.”

Staples and Allison now share the upkeep of Richard’s plot. They admit it’s a strange situation, but they have a mutual respect for each other’s connection to him. Their next goal is to spruce up his ragged section of the cemetery.

Allison also hopes to one day solve the mystery of why Richard changed his first name.

“I’ve asked him but I get no response,” she says with a laugh.