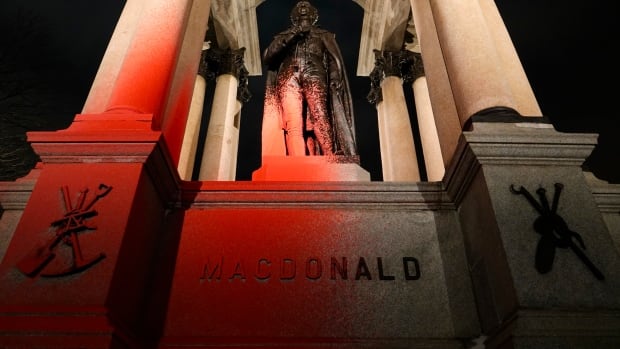 The statue of Sir John A. Macdonald in downtown Montreal was sprayed in red paint early Monday morning.

It’s been vandalized several times by people since November 2017 amid calls for the statue to come down as part of a fight against racism and colonialism.

The statue of Queen Victoria on the steps of McGill University’s Strathcona Music Building was also defaced.

Montreal police say there are no suspects or witnesses.

The City of Montreal doesn’t plan on removing the Macdonald statue.

A spokesperson for the city said in a statement, last August, that the Plante administration is « thinking of adding cultural and historical references of the Indigenous community. » 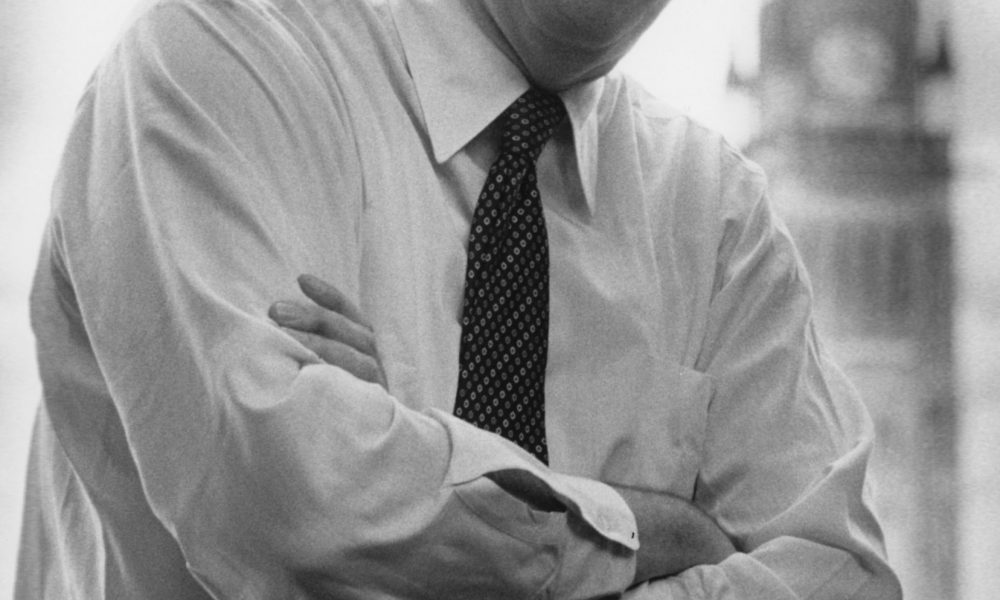 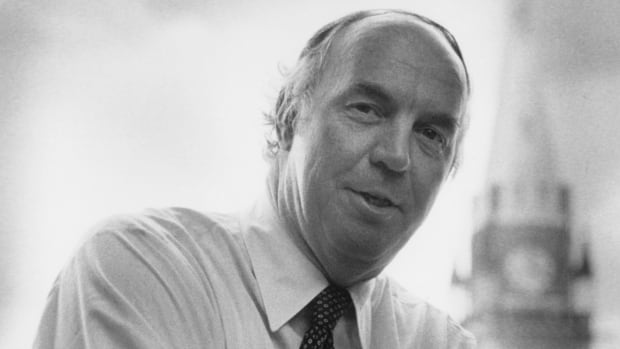 Longtime Liberal politician and former cabinet minister Donald Macdonald died on Sunday at the age of 86, his family said.

His daughter Sonja Macdonald said he died in his sleep at his Toronto home.

« He was a great Canadian, » she said through tears. « He committed his life to building this country. »

Macdonald, who was born in Ottawa, was elected to the House of Commons in 1962 and was a cabinet minister under Pierre Trudeau. 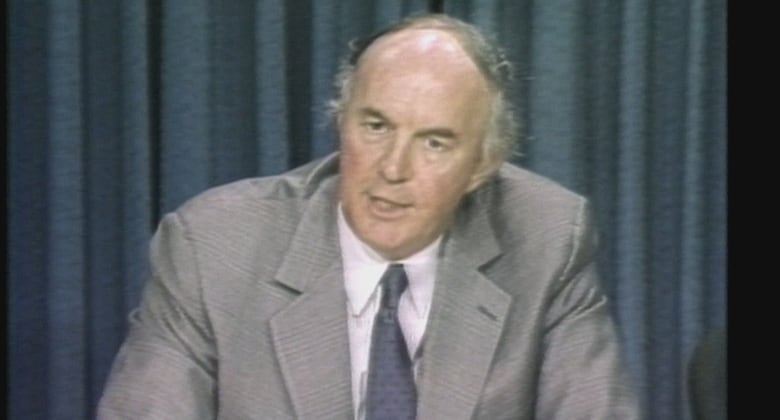 Macdonald is shown speaking to reporters after the release of the royal commission report on the Canadian economy in September, 1985. His daughter Sonja says he died in his sleep at his Toronto home. (The National/CBC Archives)

Macdonald served as minister of national defence, minister of energy, mines and resources, minister of finance and president of the Privy Council during his career.

In the early 1980s, he was appointed as the chairman of the Royal Commission on the Economic Union and Development Prospects for Canada, where he endorsed free trade with the United States.

The commission was given three years to complete the task of examining the future of Canada’s economic prospects and its political institutions. The commission had a significant impact on the argument for the benefit of free trade with the U.S.

The recommendations were then presented to Brian Mulroney, who became prime minister in 1984.

In 1988, Mulroney appointed Macdonald High Commissioner of Canada to Great Britain and Northern Ireland, a post he held for about three years.

‘He was very humble’

Macdonald was named a companion of the Order of Canada in 1994 for his contributions to trade and social policy development.

« He was very humble, » Sonja Macdonald said. « He was also funny, warm, smart and engaging. »

She co-wrote Thumper: The Memoirs of the Honourable Donald S. Macdonald, which was published in 2014. The book explored his four-decade political career. It and detailed his friendship with Trudeau and encounters with world leaders.

The co-author of the memoir, Rod McQueen, told TVO that Thumper was a nickname for Macdonald because he had big feet.

Macdonald, who had four children and seven step-children, was also an avid tree-planter for most of his life, Sonja Macdonald said. She said he was passionate about reforesting and that he had been planting trees on the family’s property in Uxbridge, Ont.

She said her father will also be remembered for his sense of fashion. 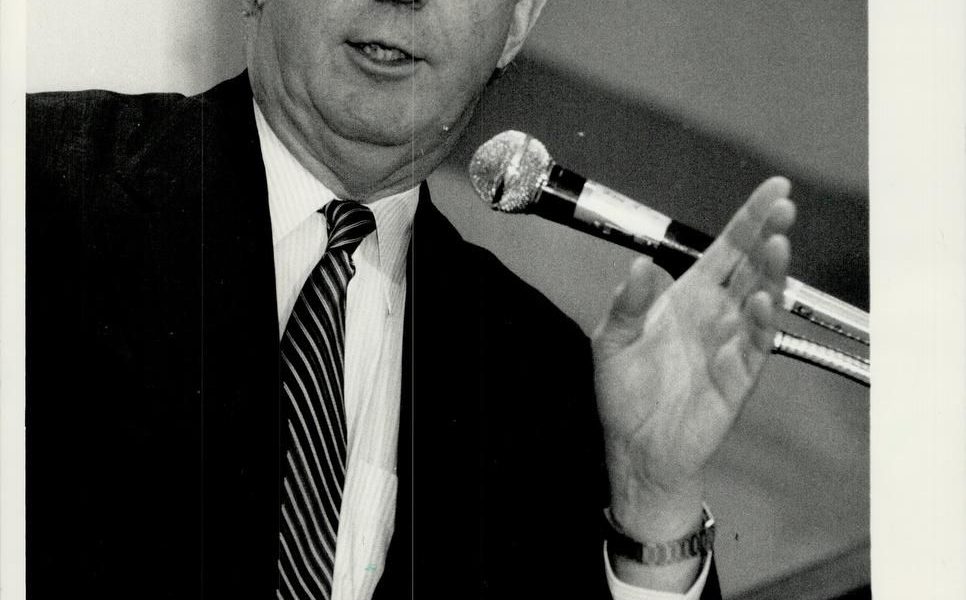 The family of former Liberal politician and cabinet minister Donald Macdonald says he passed away Sunday at the age of 86.

His daughter Sonja says he passed away in his sleep at his Toronto home.

She says her father will be remembered for being a “great Canadian” who was committed to building his country.

Macdonald, who was born in Ottawa, was elected to the House of Commons in 1962 and was a cabinet minister under Pierre Trudeau.

In the early ‘80s he was appointed the chairman of the Royal Commission on the Economic Union and Development Prospects for Canada, where he endorsed free trade with the U.S.