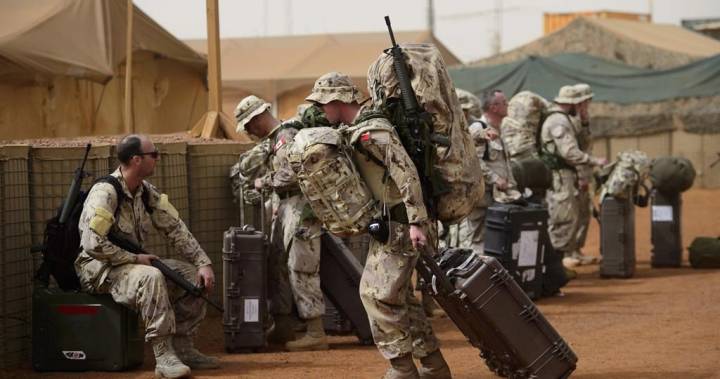 The holiday season is often full of cheer, but it can also be a difficult time of the year if you aren’t able to spend it with your loved ones.

Whether it’s a profession that takes someone away from home or personal reasons, 630 CHED’s I won’t be home for Christmas series recognizes those who aren’t able to spend time with family and friends this season.

Members of the Canadian Armed Forces are spending Christmas in West Africa without their loved ones.

Serving Christmas dinner to deployed troops is an old and noble tradition, and I was delighted to be able to do so with Canadian Armed Forces personnel deployed to Mali on UN peacekeeping duties—JV pic.twitter.com/llb9lNfKtj

Lt. Melanie Aqiqi​ is the Public Affairs Officer with Directorate Air Force Public Affairs. She said the thing she will miss the most is seeing her children’s faces on Christmas morning.

“Christmas is a little bit different [in West Africa] from what we’re used to in Canada, but it’s still filled with friends,” said Aqiqi.

LISTEN BELOW:  I won’t be home for Christmas: Lieutenant Melanie Aqiqi​ discusses Christmas in West Africa

All 250 members on tour will be celebrating together.

Though it doesn’t feel quite like Christmas at camp, Capt. Nick Zimmerman with CFB Edmonton said they enjoy celebrations.

“We have had a couple of Christmas movie nights. This week we’ve got Die Hard, everyone’s favourite Christmas movie. We’re decorating our military equipment and parading around.”

The group also got a surprise visit from Prime Minister Justin Trudeau.

WATCH BELOW: Mercedes Stephenson is in Mali where Prime Minister Justin Trudeau paid a surprise visit to Canadian troops for the Holidays.

Major Andrew Webb with CFB Edmonton said a different type of family surrounds them at camp.

“We’re making the best of what we’ve got,” said Webb.

For all three, this is the first time they’ve been deployed over Christmas.


READ MORE:
EXCLUSIVE: Family set to be deported Christmas Eve will be allowed to stay in Canada

Major Webb said he will be missing his family the most.

“It was supposed to be [my wife and I’s] first Christmas together. But, we have the camaraderie here. I’m going to miss the snow and my mom’s home baking. We’ll make the best of everything we have here. The outpouring of support from Canadians back home is outstanding.”

For those in the professional sports community, the holiday season doesn’t always coincide with a hectic schedule.

This year, Edmonton Oilers 2018 first-round draft pick Evan Bouchard will be spending his first Christmas away from family.

He said it’s for “good reason”, as he will be playing as a defenceman on the Canadian World Junior team.

“I’ll get to see my family after the game,” said Bouchard.

Edmonton Oiler Tobias Rieder is spending Christmas with his girlfriend, while his family remains at home in Germany.

“Usually my parents make the trip over to spend Christmas with me, but this year it didn’t work out,” the Edmonton forward said.


READ MORE:
Edmonton family tradition makes sure no one eats alone at Christmas

Defenceman Caleb Jones said it can be tough to coordinate schedules over the holiday season.

“You never know where someone’s at. You never know [which family member] is going to be there, but it is a pretty fun Christmas when we all can get together,” said Jones. “I’ll definitely fly back to Dallas when I can.”

Alfred Hooulahan, meanwhile, is trying to detox in the Breakout program at Hope Mission, and that’s where he will be staying for Christmas.

LISTEN BELOW: I won’t be home for Christmas: Man detoxing at Hope Mission in Edmonton

“I was a crack addict for a lot of years in my life. I went through a couple treatment programs, but this year I have a lovely woman in my life,” said Hooulahan. “I want to do things right and become a proper man and take care of my responsibilities.”

He said the decision was one of the hardest of his life.

“Just admitting I have a problem, that’s been the hardest thing. Taking steps to be a good person again, to not commit crime or do drugs.”

Hooulahan said he hasn’t made plans for Christmas Day, but will be reaching out to his family.

“It’s a difficult season for me. [My family] all loves me and knows what I’m doing and they are 100 per cent supportive of me,” Hooulahan said. “I’ll be talking to each and every one of them over Christmas Day.”

Elsewhere in the world, a Spruce Grove man is working in Tanzania with his wife over the holiday season.

LISTEN BELOW: I won’t be home for Christmas: Spruce Grove man working in Tanzania

“It’s really warm here,” Allemekinders described. “It’s green, not white. It’s funny because my wife and I were coming home from work today and we were commenting on how it’s hard to get into the Christmas spirit when you don’t see Christmas music or decorations that you get in a Canadian setting.”

This isn’t his first Christmas away from home. He’s lived all over the world, including Korea, California and Bangladesh.

“We’ve been through this before, but that doesn’t mean it’s easy,” he said. “There are a lot of factors and challenges associated with this.

“We’ve got two kids here with us, and two kids that are young adults in Canada. It’s not easy.

He said being away at Christmas has taught his family a valuable lesson.

“What we’ve learned is Christmas is about family, being with the people you love and care about. For the most part, that’s where we are.” 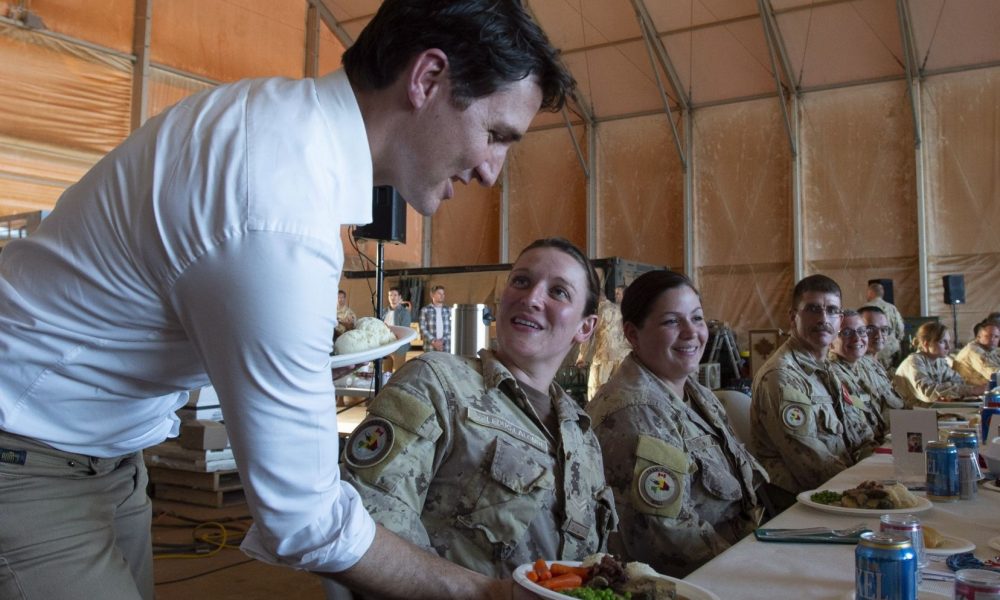 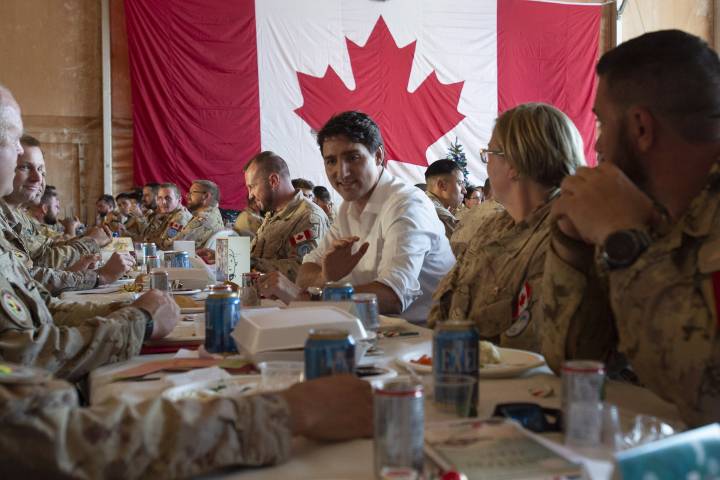 GAO, Mali — Prime Minister Justin Trudeau is returning from Mali Saturday evening after paying a surprise visit to Canadian peacekeepers at their hot and dusty UN base there only days before Christmas.

The trip was Trudeau’s first — and likely only — visit to the West African nation, where about 250 Canadian peacekeepers have been providing lifesaving medical evacuations and transporting equipment and personnel.

After watching a mock evacuation and serving the peacekeepers a pre-Christmas dinner, Trudeau told the troops they were continuing the Canadian military’s long tradition of helping around the world.

Yet even as he emphasized the importance of bringing peace to Mali, the prime minister defended his government’s refusal to extend Canada’s mission by several months next summer.

Romanian peacekeepers will take over in Mali next year, but they aren’t expected to arrive until several months after the Canadians have stopped operations.

Sources say the United Nations wants Canada to extend its mission to prevent a gap.

Trudeau, whose government also has yet to deploy a promised transport aircraft to Uganda and a 200-strong rapid reaction force for the UN, played down the effects of a gap and said Canada and the UN are working to ensure a smooth transition.

WATCH: Exclusive: Inside the lives of Canadian peacekeepers in Mali