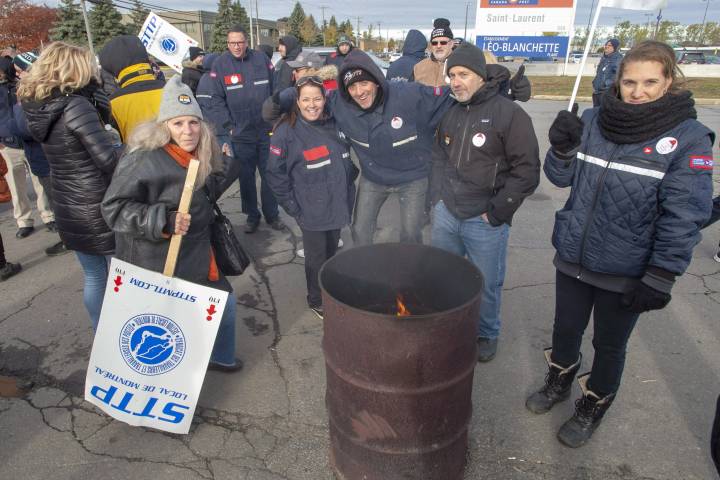 OTTAWA — More than 1,800 Canada Post workers have walked off the job in Hamilton and La Mauricie, Que., as the union’s overtime ban takes effect across the country.

The Canadian Union of Postal Workers says the walkout in La Mauricie began Wednesday at 11:30 p.m. and in Hamilton just after midnight on Thursday.

Those workers joined union locals in other communities taking part in the rotating strikes, including Regina, Sask.

The Ontario communities of North Bay and Ottawa are also on strike, as well as the British Columbia cities of Campbell River, Courtenay, Nanaimo and Port Alberni.

In Quebec, Canada Post locals are also off the job in Outaouais after strikes in other areas of the province wrapped up Thursday.

On Wednesday, CUPW said the overtime ban means postal workers can refuse to work beyond their normal eight-hour days.

“We have a health and safety crisis at Canada Post. We’ve seen injury rates skyrocket,” Mike Palecek, CUPW national president, said in a statement Thursday. “This has got to be fixed.”

Meanwhile, Canada Post says it is facing a days-long backlog of parcel deliveries.

Dozens of trailers filled with parcels and packages were awaiting processing at the agency’s three biggest hubs — Toronto, Vancouver and Montreal.

Combined, the three key locations can process one million parcels a day from across the country, Canada Post spokesman Jon Hamilton has said.

The union and the postal service have been unable to reach new collective agreements for two bargaining units after 10 months of negotiations.

Canada Post has said it provided “significant” offers to its employees, including wage hikes.

“But they don’t address a single one of our major issues,” Palecek said Wednesday in a statement on the union’s website.

Those issues include health and safety concerns, he said, adding that the wage offers from Canada Post fall far below expected cost-of-living increases.