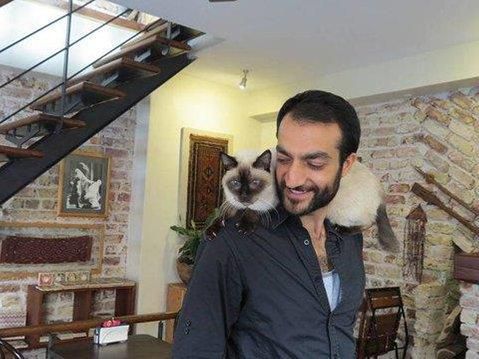 The “devastated” family of one of Bruce McArthur’s victims says they want the serial killer punished to “the maximum sentence,” and are renewing calls for a public inquiry into police handling of the case.

Ferhat Cinar listened in from his home in London, England, Tuesday as McArthur, 67, pleaded guilty to killing his brother, Selim Esen, and seven other men in Toronto between 2010 and 2017, most of the killings sexual in nature.

Esen, a 44-year-old native of Turkey, was McArthur’s seventh victim, killed in April 2017. Esen’s DNA was located in McArthur’s van, as well as on the murder weapon, which was not specified in court Tuesday. A statement of facts read out said police found “evidence of the use of a ligature.”

Found in McArthur’s apartment was a notebook kept by Esen, who was described by his family as a lover of sociology and philosophy who had an “inquisitive mind.”

“We can’t come to terms with his savage murder,” Cinar said in a statement sent to the Star Thursday, on behalf of Esen’s family, many of whom remain in Turkey.

Submissions are scheduled to begin at Ontario Superior Court Monday, where McArthur’s lawyers and Crown prosecutors will begin deliberations on McArthur’s sentence. First-degree murder carries an automatic life sentence with no chance of parole for 25 years, when McArthur will be 91 years old.

The hearings will decide whether McArthur serves the sentences for each first-degree murder concurrently, or if he will be granted consecutive sentences, pushing his parole eligibility far into the future.

Next week’s proceedings will hear at least two dozen victim impact statements, including from Esen’s family.

“We feel and think strongly that the murderer must be punished with the maximum sentence,” Cinar said.

Renewing a call he made last year when he travelled to Toronto for Esen’s funeral, Cinar stressed that more needs to be done to determine how McArthur went undetected for years. The former landscaper killed his first victim, 40-year-old Skandaraj (Skanda) Navaratnam, in 2010, seven years before Esen.

“We think that a full independent public inquiry must be carried out in order to get into the bottom of this neglect over many years,” Cinar said.

“Lives could have been saved, including Selim’s, if there were proper investigation in time and place.”

Former Ontario Court of Appeal judge Gloria Epstein is conducting an independent review of how Toronto police handle missing person’s investigations. The probe was commissioned by the Toronto police board in the wake of controversy over the McArthur case and other high profile disappearances from the city’s Gay Village.

On Wednesday, Epstein wrote a letter to Toronto police board chair Andy Pringle asking that her review be broadened to allow her to examine the police investigation into McArthur himself. Currently, Epstein cannot review Toronto police handling of the serial killer — including past contacts with him — due to restrictions created to preserve McArthur’s fair-trial rights.

Pringle said the board will consider the request at a future meeting, considering McArthur’s fair-trial rights are now no longer a concern due to his guilty plea.

Toronto police spoke to McArthur twice in the years before his arrest, once during a previous investigation into the disappearances of his victims and again in 2016 after a man reported to police that McArthur had attempted to strangle him, but he was let go.

While many within Toronto’s LGBTQ community have praised the actions of the Toronto police officers whose work led to McArthur’s arrest, some feel a public inquiry could identify systemic issues that may have prevented McArthur from being caught sooner.

Mayor John Tory said this week there may be cause for a “broader inquiry” into the case — beyond Epstein’s missing persons review — and Ontario Premier Doug Ford said the province would consider it. A spokesperson for the Ministry of the Attorney General said Wednesday that any consideration of an inquiry would happen after McArthur’s sentencing hearing.

“A full independent public inquiry should help learn the lessons and put measures in place in order for people of any sexuality, whatever their background, feel free and safe to express themselves and live in harmony,” Cinar said.

Esen’s family described him as selfless, someone who loved playing with his cousins, supported his sister after her husband’s death, and borrowed money to help his friends when they needed financial support. He had many talents and interests, Cinar said, including “nature, growing trees, textile design, managing a café among many other things.”

“We all loved our youngest brother Selim and miss him so much.”