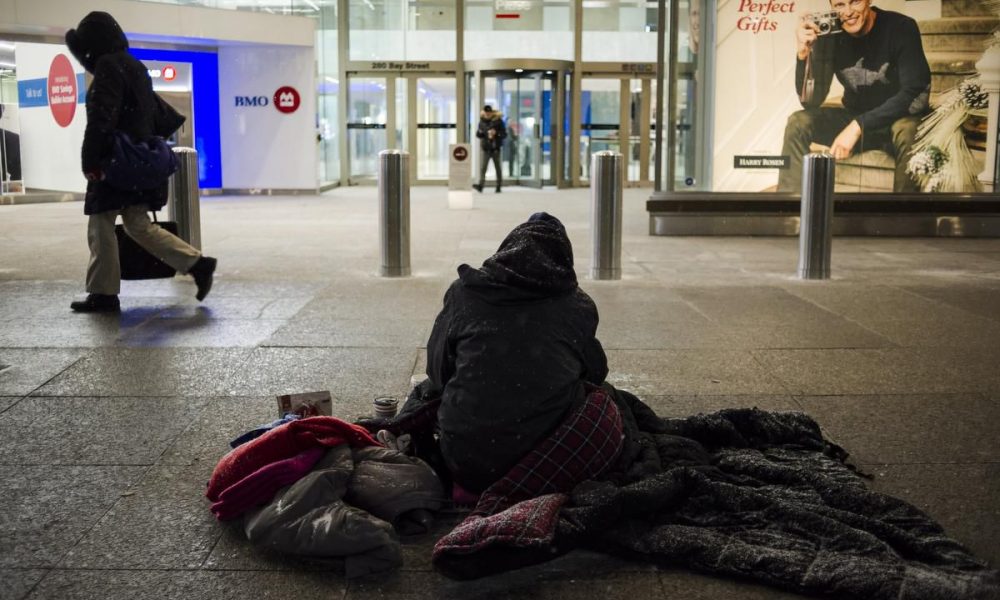 OTTAWA—The federal government will detail a new way to measure poverty across Canada on Tuesday, as it pledges billions of dollars to reduce homelessness and build more affordable housing over the next decade.

Adam Vaughan, the Liberal MP for Spadina—Fort York and parliamentary secretary to the social development minister, confirmed to the Star that the government will explain details of its official “poverty line” on Tuesday. Vaughan said the poverty line will be set at different levels in regions across the country to reflect social and economic circumstances such as the cost of housing.

The goal, he said, is to establish a better way to measure who needs more social assistance as Ottawa works to reduce poverty by 50 per cent over the next 12 years.

“It’ll give you a clearer understanding of who has been lifted out (of poverty), who is still in,” Vaughan said, pointing to a government announcement in August that promised legislation to create an official poverty line.

Families, Children and Social Development Minister Jean-Yves Duclos told the Huffington Post last week that the Liberal government would introduce that legislation in the coming days. He told the website that such a bill would hold future governments accountable to poverty reduction efforts like the Liberal goal of lifting 650,000 Canadians out of poverty by next year. “Future federal governments will need to live up to that unless they change the law,” he said.

Duclos is scheduled to make an announcement at an Ottawa food bank Tuesday morning.

As Vaughan explained, Canada currently uses a series of measures for poverty, such as the “market basket measure,” which defines low income based on the cost of basic goods and services like transportation, food, clothing and housing. Statistics Canada also uses a “low income cut off” that counts Canadian households that spend a larger share of income on necessities like food, shelter and clothing. There are different cut offs based on the size of a community and how many people live in a household.

Anti-poverty groups such as Campaign 2000 have advocated for an official poverty line because they say it is necessary to establish reduction targets and timelines.

The Liberal government has pledged to spend $40 billion from 2017 to 2027 on its national housing strategy. The plan aims to create 100,000 new housing units and repair 300,000 units over that decade to address urgent housing needs of low-income Canadians and cut chronic homelessness by 50 per cent. It also includes $2.2 billion over 10 years to tackle homelessness.

The NDP has accused the government of being too slow to spend this housing money, much of which isn’t scheduled to roll out until after next year’s federal election.

On Monday, Duclos announced details of how the money will roll out — with $43 million going to the territories over nine years and cities gaining more access to $1.25 billion available through the government’s homelessness strategy.