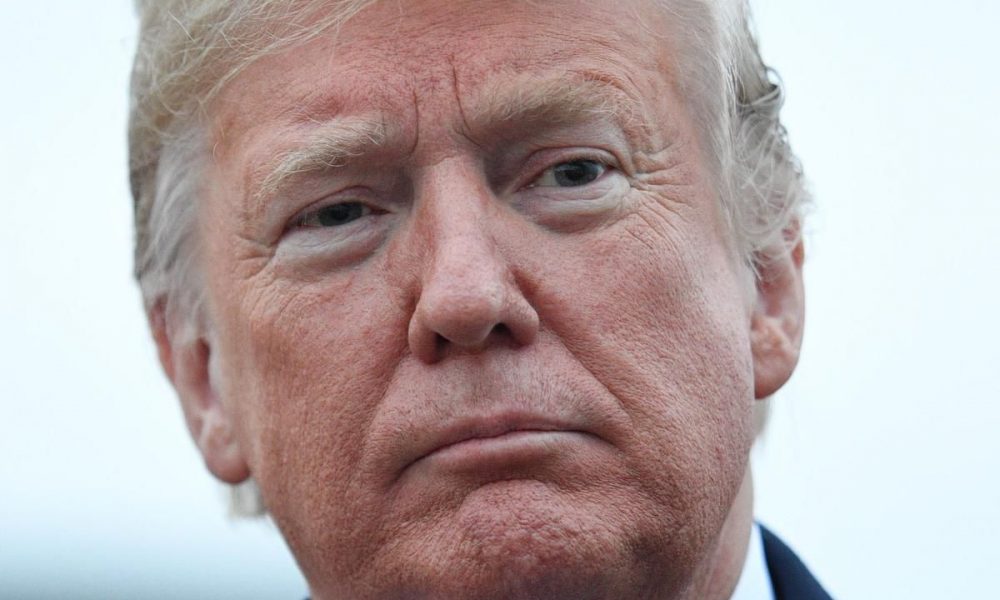 Polarized and energized, American voters will cast their ballots on Tuesday in a midterm election that will determine control of the U.S. Congress and indicate how the country feels about Trump’s divisive presidency.

Turnout is expected to be high. A driving force, on both sides, is rage: rage toward the president; rage the president has tried to foment against migrants, the news media and Democrats, among others.

This is not a “the economy, stupid” kind of election. Despite the low unemployment rate, Democrats are favoured to win the popular vote and win control of the House of Representatives on the intensity of opposition to Trump among people of colour and college-educated white women. Trump, going with his gut over the guidance of some party officials, has chosen a fearmongering focus on immigration over a sunny-days message of rising prosperity.

In a three-rally blitz on Monday, Trump painted an apocalyptic and wildly dishonest picture of what might happen if voters pick the “Democrat mob” over Republicans: cities overrun with dangerous illegal immigrants, steel mills shut down, citizens kicked off their health care.

Democrats, who have campaigned on health care above all else, closed with a more factual warning: Republicans have long tried to replace Obamacare with laws that would weaken protections for people with pre-existing health conditions, and they will do so again if they are given new majorities.

The midterms battleground is much wider than in presidential elections, with competitive contests everywhere from the plains of North Dakota to the wealthy California coastal suburbs of Orange County. Hovering over every race is Trump, who is both a blessing and a curse for his party.

The election will be decided in two distinct kinds of places. Many of the key House races are in affluent suburban districts where Trump underperformed in 2016 and polls suggest many women have grown ever more dismayed by his behaviour. Republican House strategists worry his scorched-earth rhetoric will do more harm than good in these districts.

10 things to watch in the U.S. midterm elections

But many of the key Senate battlegrounds are conservative states, like Missouri and Montana, where Trump excelled in 2016 and remains popular. Republicans are favoured to maintain or slightly expand their slim 51-seat to 49-seat Senate advantage, and Trump’s ability to strategically inflame white-working-class and rural conservatives may be a key factor.

Democrats need 23 seats to take the House. Aided by Republican retirements and an unprecedented flood of donations, most of them from women, they appear to be nearly guaranteed to gain at least somewhere in the mid-to-high teens. But 23 is no sure thing: polls suggest their leads are narrow in many of the seats that could push them into the mid-20s or even the mid-30s.

Even if Republicans do hold on in the Senate, a Democratic takeover of the House would be a pivotal moment in Trump’s presidency. Democrats would gain the power to thwart Republicans’ legislative agenda, launch investigations into Trump’s activities, subpoena his officials, obtain his tax returns, and, possibly, to impeach him at some point in the future.

A Democratic House victory would also serve as a warning to Republican officeholders about their policies, their devotion to the president, and the brand of campaigning they have chosen this time. Trump has closed the race with a torrent of lies, mostly about immigration, and a television ad so racist that Fox News announced it would stop airing it. “The character of our country is on the ballot,” former president Barack Obama said on Twitter on Monday.

Trump began last week to warn that a loss might be coming, suggesting it would not be a big problem: “My whole life, you know what I say? ‘Don’t worry about it, I’ll just figure it out.’” Bracing for defeat, he said on a conference call with supporters Monday that he wasn’t sure the election could fairly be considered a referendum on him. But at a rally in Cleveland later, he conceded, “In a sense, I am on the ticket.”

The surest sign of Trump’s concern about the House came in an interview with conservative Sinclair Broadcasting. For the first time in his presidency, he offered an actual answer when he was asked if he had any regrets.

“I would say tone. I would like to have a much softer tone,” he said. “I feel, to a certain extent, I have no choice. But maybe I do.” 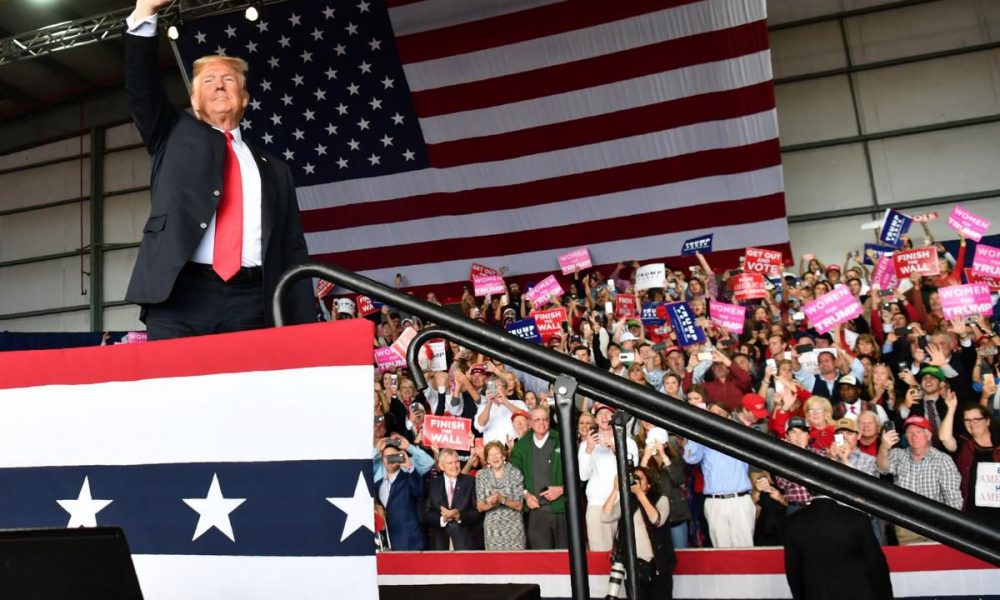 WASHINGTON—Democrats will try to win back at least one chamber of Congress. Republicans will try to hold on for dear life.

The U.S. holds its midterm elections on Tuesday. Democrats, buoyed by the intensity of opposition to President Donald Trump among minorities and college-educated white women, are favoured to win back control of the House of Representatives. Republicans are favoured to keep control of the Senate, where they have a chance to add seats in conservative states.

Here are 10 things to keep your eye on:

California cluster: Democrats have a chance to win as many as four seats in California’s upscale Orange County (the state’s 39th, 45th, 48th and 49th districts), a Republican bastion where Hillary Clinton managed to beat Trump in 2016. There is another competitive race in the 25th District in nearby Los Angeles County.

Democratic tightrope-walkers: Five Democratic senators are trying to finesse their way to re-election in states Trump won by 19 points or more, each of them trying to convince voters that they are not hostage to party liberals. Polls suggest West Virginia Sen. Joe Manchin is in good shape, Montana Sen. Jon Tester is in decent shape, Missouri Sen. Claire McCaskill and Indiana Sen. Joe Donnelly are in tight races, and North Dakota Sen. Heidi Heitkamp is in trouble.

Republican immigration moderates in Hispanic districts: Republican congressmen in districts with big Hispanic populations — Florida’s Carlos Curbelo, Texas’s Will Hurd, California’s Jeff Denham and David Valadao — have tried to separate themselves from Trump on immigration. Democrats have argued that they are complicit with Trump regardless. Curbelo’s race appears to be particularly close.

Texas Senate race: Beto O’Rourke has drawn the most national attention and most donations of any congressional candidate, partly because of his charisma and partly because of who he’s running against: Republican Sen. Ted Cruz. Republican strategists have scoffed at Betomania, noting that Cruz has been consistently ahead in the polls. But high turnout in early voting has given Democrats reason for at least tentative hope, and the party might need this seat if it has any chance of winning the Senate.

Rust Belt: Trump wouldn’t have been president if he hadn’t won Pennsylvania, Michigan and Wisconsin. Republican candidates in all three states appear to be doing poorly, with some of Trump’s white-working-class voters appearing to be returning to their Democratic roots. Wisconsin Republican Gov. Scott Walker is at risk of defeat; in Pennsylvania and Michigan, Democratic candidates for governor and Senate appear to be up big.

Florida: The perpetual presidential swing state features three critical contests. The governor race pits Tallahassee Mayor Andrew Gillum, an unapologetically liberal Black man, against Rep. Ron DeSantis, an unapologetic Trump devotee. In the Senate race, Republican Gov. Rick Scott will try to take down moderate Democratic Sen. Bill Nelson. And in a direct vote, voters will decide whether to give back voting rights to most ex-felons — potentially creating hundreds of thousands of new voters for the elections in 2020 and beyond.

Controversy-plagued Republicans: Republican congressmen Duncan Hunter of California and Chris Collins of New York have both been charged with crimes; both are still favoured to win. So is Iowa Rep. Steve King, who has been dropped by corporate donors over his support for white nationalism. Iowa Rep. Rod Blum, who is facing an ethics investigation in Congress, and Minnesota Rep. Jason Lewis, who made sexist and racist comments as a radio host, are seen to be trailing.

Ballot measures: Voters in the conservative states of Nebraska, Utah and Idaho get to decide whether to defy their states’ Republican politicians and approve the Medicaid program to give health insurance to tens of thousands more low-income people.

All-consuming midterm battles heat up as U.S. campaigns near the end

Infuriated by Trump, female Democrats fuel a push to win back Congress in midterms