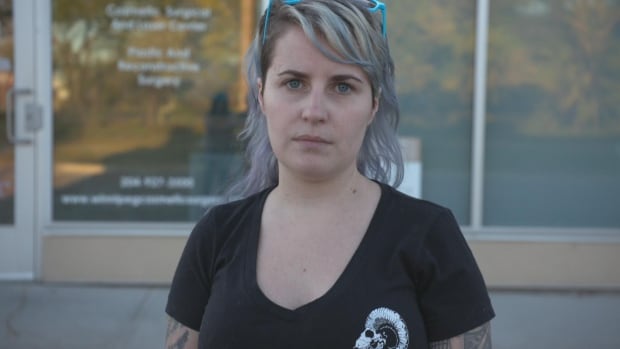 Carruthers, 29, had barely seen the inside of a doctor’s office until 2013, when she decided to get breast implants. The cascading health issues that followed have triggered dozens of hospital and doctor visits.

« My entire body was shutting down, » said the Winnipeg woman, who has been unable to work since July. « My throat is burning and [it] hurts to swallow. It feels like someone is sitting on my chest when I try to breathe. »

The promotional machine driving the $1-billion global breast implant industry runs on tastefully lit, aspirational images of perfect bodies, glowing testimonials and inspirations from celebrities — but in many cases provides little mention of the potential risks, a Toronto Star/CBC Marketplace investigation, in partnership with the International Consortium of Investigative Journalists, has found.

Breast augmentation is the most popular cosmetic surgery in the world, with 10 million women opting for breast implants during the past decade. Most have not reported adverse health issues, and some studies point to high satisfaction rates. Manufacturers stress that there have been many studies over the years that have demonstrated that their products are safe. 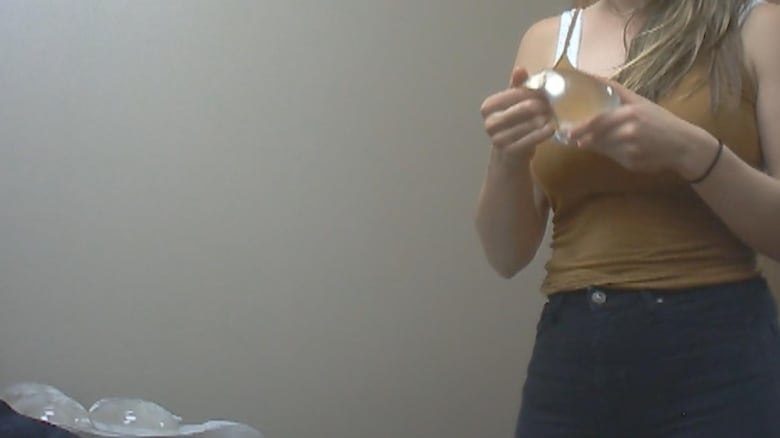 A Marketplace producer, posing as a patient who wanted breast implants, visited three Toronto plastic surgeons with a hidden camera to learn how they explain and market the procedure. (CBC)

But Carruthers is among the increasing number of women across Canada who have suffered health complications they believe are associated with their breast implants. They also believe they were misled by surgeons who reassured them that the health concerns of the 1990s were addressed more than a decade ago.

There remains no cause-and-effect directly linking implants with some of the symptoms described, but research has linked textured implants to a rare cancer known as breast implant-associated anaplastic large cell lymphoma, or BIA-ALCL.

Since Monday, the ICIJ has heard from more than 540 women responding to an online callout for responses to the global series of stories on breast implant health issues. Among the 45 Canadians who responded are women complaining of infections, hair loss, body inflammation, muscle weakness, trouble breathing, neurological issues, suicidal thoughts and implant rupture.

The promotion of implants

A review of 25 websites belonging to plastic surgeons in the Toronto area show plenty of alluring images but little detail on the adverse outcomes associated with breast augmentation.

Undercover visits to three Toronto plastic surgeons by a CBC Marketplace producer — who posed as a prospective patient — revealed sales techniques, some of which a leading medical ethicist called « very problematic. »

At age 23, unhappy with her body image, Carruthers came up with $6,300 — financed through a line of credit — for breast augmentation.

It seemed safe and easy. She said she was told little about the medical risks beyond the standard warnings associated with any surgery.

« It was made to seem like getting a haircut, » she said. « He told me there were only very minor cosmetic risks which he would fix in a touch-up procedure should something go wrong. »

Nikki Carruthers explains why she initially decided to get breast implants:

Nikki Carruthers explains why she decided to get breast implants 0:55

The message on the plastic surgery websites she visited were full of promises of confidence and perfection.

Any excitement about her new body was soon undermined by health problems, said Carruthers, who had the implant surgery in 2013.

Just over a year later, she had a second surgery to relieve severe pain in her chest. The implants had bottomed out and dropped too low on her chest.

While informed consent for each separate medical procedure is not actively enforced by the province or a provincial physician watchdog, it is a principle intended to ensure that patients are fully aware of the potential outcomes.

There is no standard script plastic surgeons use to inform patients of the risks. Each physician has their own approach.

‘You do need to understand’

When the Marketplace producer asked about recovery time at the three clinics she visited, the answers ranged from 24 hours to six weeks.

« We can get you out to dinner the night after surgery, we can get you to the beach the next day, » said Dr. Mahmood Kara.

When asked to explain the specific technique, Kara replied: « You don’t have to understand, just need to know that I can deliver, and I’ve done it on thousands of patients. »

University of Toronto bioethicist Kerry Bowman says that response fails to provide the understanding necessary for the patient to have informed consent.

« That would worry me, because you do need to understand, » said Bowman. « Ethically and legally … you have to have a capable patient and she needs to fully understand and appreciate all of the risks. » 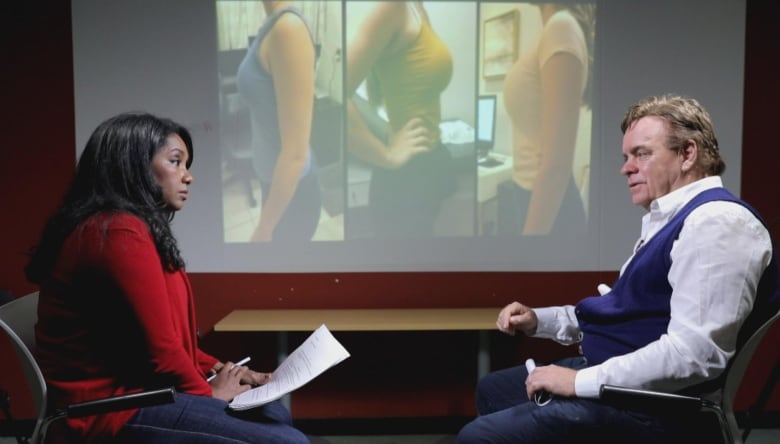 University of Toronto bioethicist Kerry Bowman says it’s very important for patients to understand all the risks of any surgery, including something cosmetic, like breast augmentation. (Dave Macintosh/CBC)

The presentation of medical risks associated with breast implants are also of concern.

During the consultation, Kara outlines what he called the common risks of the surgery, such as bleeding, infection and internal scarring around the implant, known as capsular contracture.

But on his website, Kara calls it a « myth » that implants leak into the body if they are ruptured.

Dr. Jan Willem Cohen Tervaert, director of the rheumatology at the University of Alberta’s medical school and a co-author of several studies detailing connections between breast implants and autoimmune illnesses, says that advice is challenged by research.

« There are plenty publications demonstrating leaking of silicone with new implants, » he said.

In a list outlining the risks of implants, the U.S. Food and Drug Administration also notes silicone gel from ruptured devices can migrate away from the breast.

Consent forms can be hard to get

At the clinic of plastic surgeon Dr. Martin Jugenburg — known as Dr. 6ix on his website — the journalist asked for a copy of the consent form that describes the procedures, surgical risks and post-op instructions that she would have to sign before making the decision and providing a $2,000 deposit to book the surgery.

« I don’t think I’m allowed to do that for some reason, » said a clinic nurse, though she later provided the consent form.

« I’m amazed that there’s so much pushback on getting the consent forms, » Bowman said after reviewing Marketplace’s hidden-camera footage. « I think asking to pay in advance is very problematic from an ethical point of view. » 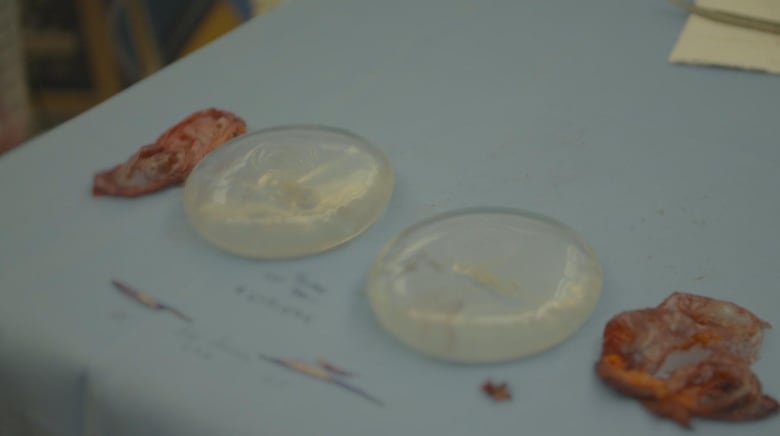 More than 10 million women worldwide have received breast implants over the last decades. But some patients have since had the devices removed, saying they have suffered health complications they believe are associated with their breast implants. (CBC)

In a written response, Jugenburg said his clinic does not require patients to pay in order to view or receive consent forms.

« This was not clear during your researcher’s visit, and as a result of your feedback, I made sure in the future there will be no confusion. »

At a third Toronto clinic visited by Marketplace, Dr. Sean Rice spent time describing the implant surgery itself. His nurse provided a lengthy consent form and told the producer she would need to take it home and read it, and then contact the clinic if she had questions or concerns. 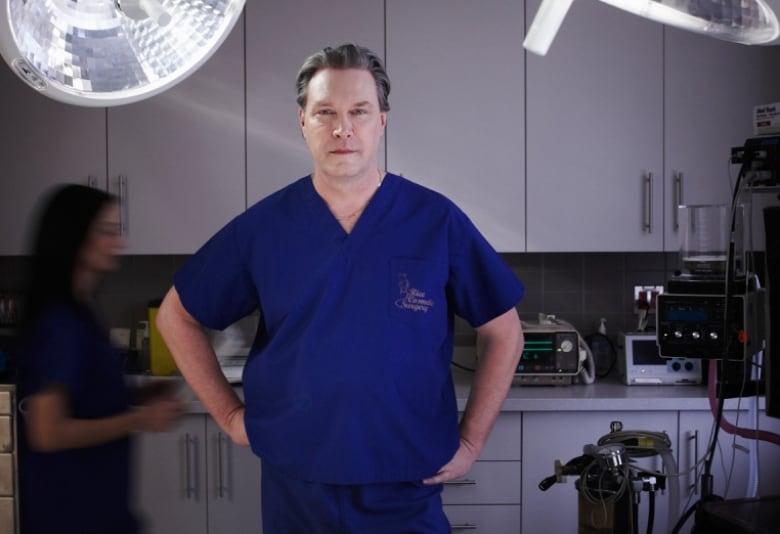 In an email to Marketplace, Rice said, « I want to ensure all patients fully understand risks associated with their surgical procedure. I offer an opportunity to discuss the consent form after review to allow any followup questions before surgery. Patients deserve time to evaluate and question a consent from before endorsing. »

Bowman believes time for patients to reflect on the decision they are making is crucial, though there is no prescribed period outlined in college guidelines to physicians.

The Marketplace producer was offered a range of available surgery dates at the three clinics visited: 24 hours after the consultation, four days later, and a few weeks later.

The overwhelming majority of plastic surgeons’ websites contain testimonials and « before-and-after » images that appear to breach provincial legislation and the policies of the Ontario College of Physicians and Surgeons.

« Where we have been alerted to the use of before-and-after photos in the past, we have held that they constitute testimonials in contravention of the regulation, » said college spokesperson Shae Greenfield, noting the regulator has penalized physicians for doing this.

« Given his repeated breaches of advertising policy and regulation, the [college complaints’] committee was not satisfied that he would change his behaviour without further guidance, » the decision reads. 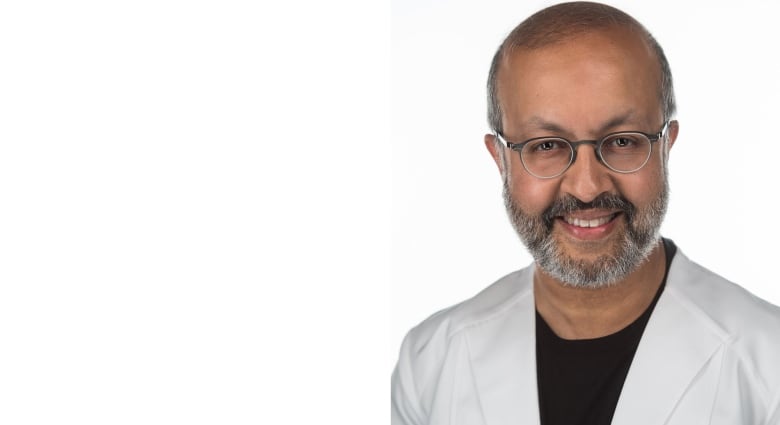 ‘We can get you out to dinner the night after surgery,’ Dr. Mahmood Kara told a Marketplace journalist posing as a potential client interested in breast augmentation. (drkaraplasticsurgery.com)

But prominently featured on his website today are more than 260 before-and-after photos of plastic surgery procedures.

Jugenburg is currently facing a disciplinary hearing before the college, which alleges he committed professional misconduct for advertising methods, including permitting a film crew into a surgical procedure without the patient’s consent, making « improper » use of her images and posting « pre- and post-operative images of her on his social media accounts without her consent, » along with « pressuring her to follow and contribute to his social media accounts. »

In a written response, Jugenburg said the allegations are « denied and being defended. »

The use of before-and-after photos is « widespread » in medicine, he wrote, and the images provide « pertinent information to the public, as patients increasingly perform their own research on the internet, demand more transparency … and more self-directed decision-making ability. » 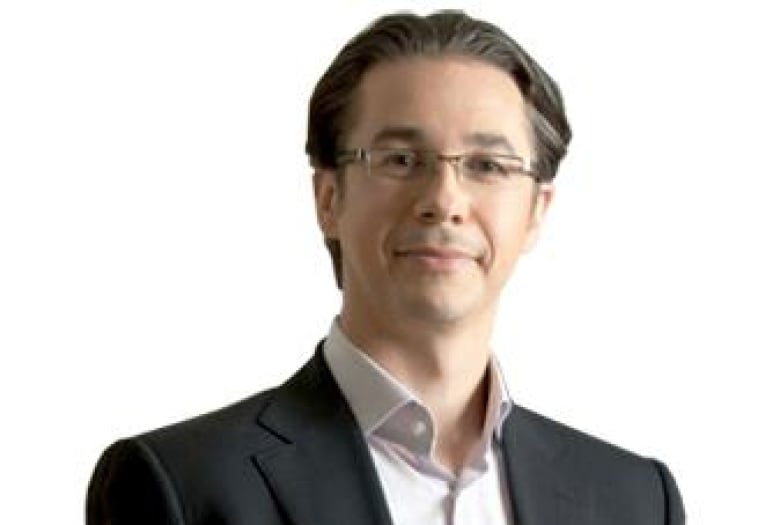 Dr. Martin Jugenburg — known as Dr. 6ix, an allusion to The Six, a popular nickname for Toronto. (torontosurgery.com)

​Jugenburg’s website currently has more than 250 before-and-after images for a variety of plastic surgery procedures.

Some plastic surgeons shun the practice of posting before-and-after images.

Toronto plastic surgeon Dr. Leila Kasrai explains on her website why she does doesn’t: « Due to the advertising regulations of the College of Physicians and Surgeons of Ontario imposed on all doctors in Ontario, we cannot display photos and testimonials of our patients. »

Opting for an explant

Worsening symptoms eventually led Nikki Carruthers to undergo a third breast surgery last September: This time to have her implants removed although she never received a clear diagnosis that attributed her symptoms to the implants.

When they came out, a discovery: The right implant had ruptured and both implants showed capsular contracture, according to an analysis of the removed implants by Pierre Blais, a former Health Canada senior advisor and chemist who now runs an Ottawa company that tests the devices.

« This type of rupture is common and indicates … material fatigue, » his report reads. « It is not the outcome of trauma or accidental … damage. » 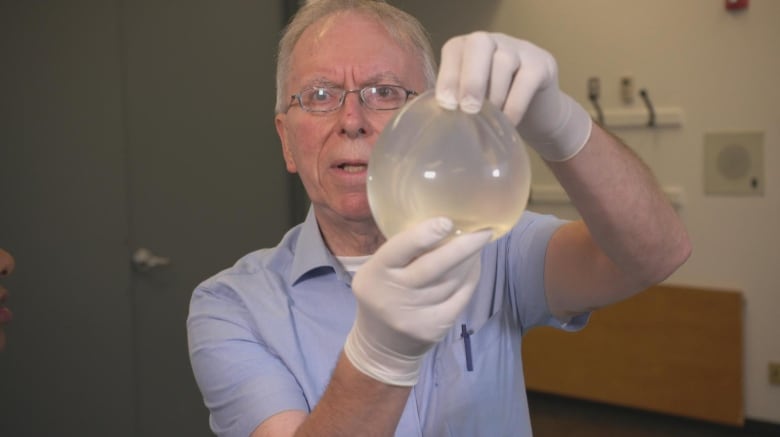 « When you look at the instructions for use for a product like this … it says a rupture may happen, » said Blais. « It’s not really right. They should say a rupture will happen — it depends how long you have it. »

Carruthers said Blais’s findings were a vindication. « My instincts were correct. I was not going insane. »

Since her explant, Carruthers said a liver tumour has shrunk. But she has yet to return to work due to pain and fatigue, cognitive impairment, tremors and autoimmune symptoms.

« I can only imagine how many women are out there right now … having no idea what’s wrong, feeling hopeless and crazy, » she said. « The whole thing makes me sick to my stomach every time I think about it. »