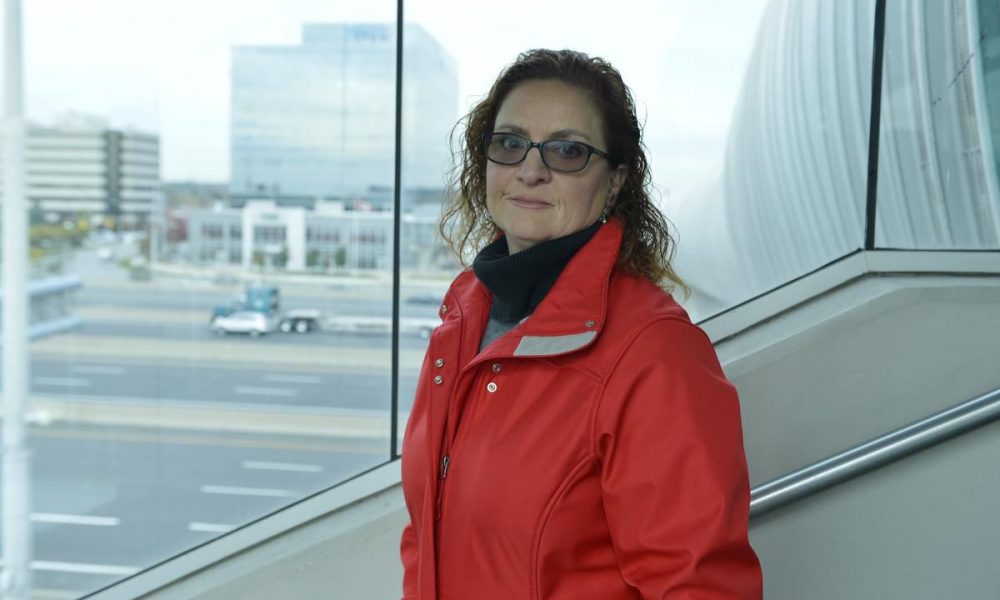 A former employee of the Municipal Property Assessment Corporation has launched a lawsuit alleging she was traumatized by a “violent” dressing down over an in-house staff video that satirized soon-to-be U.S. president Donald Trump, and then let go while on medical leave.

Darlene Rich is seeking $340,000 in damages for wrongful dismissal from MPAC, the not-for-profit corporation that assesses all properties in Ontario, and $150,000 in damages from Linda Hall, MPAC’s vice-president of communications and marketing.

In a joint statement of defence filed last week, MPAC and Hall deny nearly all of Rich’s allegations and allege she was fired for cause after failing to meet a deadline to provide medical documents. They also allege Rich’s “performance often fell below accepted standards.”

Rich’s allegations, contained in a statement of claim filed in Toronto last month, and those made by MPAC and Hall have not been proven in court.

Both MPAC and Hall declined to answer specific questions from the Star.

A spokesperson for MPAC, which is funded by municipalities and employs 1,700 people across the province, said it “takes matters relating to the health and safety of its employees very seriously and is committed to fostering a climate of collegiality and mutual respect.”

In July 2015, according to her statement of claim, Rich was hired as a media relations specialist in MPAC’s public affairs branch, which is headquartered in Pickering, after previously working as a senior communications adviser in four Ontario government ministries.

According to her statement of claim, Rich was hired to “help improve” MPAC’s public reputation, which had been “suffering for years.”

“By all accounts, (Rich) was on track to have a successful career at MPAC,” her suit states, until she was “violently verbally assaulted” by Hall, a supervisor, and ultimately fired.

During the summer of 2016, a director of valuation for the corporation created a video “satirizing” Trump in which members of the communications department were asked to participate, including Rich, according to her statement of claim.

Rich told the Star through lawyer Hendrik Nieuwland that she’s never seen the video, but said it was meant to be a “parody” training video, with the director dressed as Trump saying, “Let’s make assessing great again!”

“I assume it was an attempt to use humour to motivate people,” she said through her lawyer.

The video was briefly posted internally when, according to her statement of claim, it drew a complaint from a female employee who called it “discriminatory against women because Trump is a misogynist.”

Following the complaint, on Oct. 20, 2016, Rich’s suit alleges Hall called Rich into a closed-door meeting and, standing between her and the door, “furiously” screamed “What the f— were you thinking?!” over and over again.

“Shocked and very afraid” and feeling blocked from leaving, Rich’s suit says she was confused by Hall’s anger until she realized it was over the video, at which point she “repeatedly” explained she had nothing to do with creating it and had felt she had no choice but to comply with the request to participate.

Hall, the suit alleges, continued to “violently” berate Rich, referred to her co-workers as “total f—ups” and said they would “get their’s (sic) too.”

Rich’s suit says she felt “intimidated, frightened, humiliated and trapped” and left the meeting feeling ill with her heart “pounding.”

In their statement of defence, MPAC and Hall tell a different version of that day, saying Rich was free to leave a pre-arranged meeting in which she was an “active participant” in a 15-minute conversation.

In their statement, MPAC and Hall say the meeting was about a “potential reputational risk and public relations issue” and deny Hall swore or engaged in any coercion or violence.

The statement also alleges Rich later admitted to “yelling” at Hall in the meeting, “displayed a deep animosity toward” her and “used threatening language.”

In her suit, Rich says she is a survivor of historic verbal abuse related to family and has struggled with anxiety and depression, a fact she alleges Hall knew about from when the two briefly worked together at Metrolinx.

Hall’s “misconduct” in the meeting, she alleges, was “calculated” to cause harm.

In her suit, Rich says she is suffering from “severe depressive disorder” and post-traumatic stress disorder as a result of the meeting.

In the statement of defence, Hall states she was unaware of Rich’s mental health issues.

According to her suit, Rich filed a workplace complaint the day after the meeting, tried to work from home and did not return to work.

In January, following an external investigation, MPAC’s human resources director her Hall had violated the corporation’s “Workplace Discrimination, Harassment and Violence Prevention Policy” but would not say if she had been disciplined, according to the statement of claim.

Then, to Rich’s “surprise and dismay,” the HR director insisted Rich return to work, sit in an office next to Hall’s and continue to report to her, Rich’s suit alleges.

In their statement of defence, MPAC and Hall say the investigation findings “confirmed that there was no aspect of violence” in the interaction.

Rich next went on sick leave.

In her suit, Rich says her doctor completed a required medical form on April 17 but, through an “administrative oversight,” failed to submit it on time, leading MPAC to cut her short-term disability payments. The form was delivered about a month later and described a number of reasons, including panic disorder and panic attacks, why Rich could not function at work, her suit states.

Two days later, on May 17, MPAC fired Rich, “paid no severance” and cut her benefits, the suit states.

MPAC says it continued to fund short-term disability payments to Rich even after repeated attempts to get required documents and, after a warning to return to work, fired her for reasons “completely unconnected to any disability she may have had.”

Rich, her suit states, received no severance, had her benefits cut off and “has been unable to obtain reasonable alternative employment.”

Nieuwland, Rich’s lawyer, told the Star by email that employees with “mental illness continue to struggle for understanding and acceptance in the workplace,” and he hopes Rich’s lawsuit “reminds all employers of their obligations in dealing with persons under a disability.”