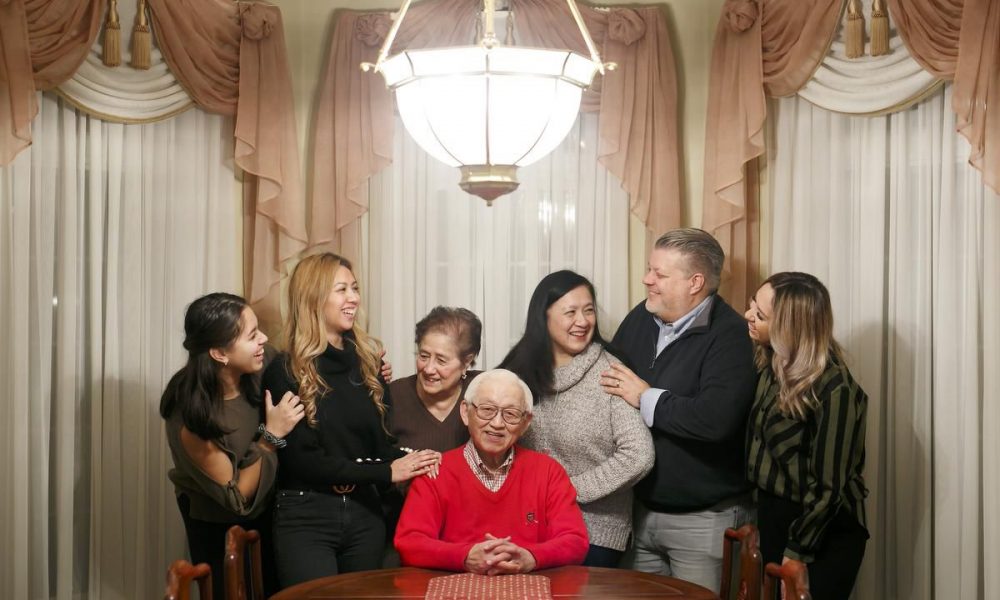 When Mark Rittinger began dating his wife, Ana, she was clear: at some point her parents would be living with them.

“As long as I was cool with that, the relationship could continue. But if I wasn’t cool, she wanted me to know that up front,” said Rittinger, 49.

His in-laws are from Macau, a former Portuguese colony off Hong Kong. Intergenerational living is common in both those cultures, Rittinger said. Ana’s grandparents had moved in with her family when she was young.

So when his father-in-law, now 84, began having mobility issues a couple of years ago, “My wife sat them down and said, ‘Look, I’m just opening the door. It doesn’t have to be today, it doesn’t have to be tomorrow, I just want you to know this is something I’m prepared to have the conversation about,’ ” Rittinger recalled.

Their journey to find a suitable home for themselves, their daughters and Rittinger’s in-laws has led them to become the first buyers of a new design called FlexHouz by Marshall Homes in Pickering.

It is that rare home designed specifically to accommodate multi-generational living. FlexHouz combines two separate homes under a single-roof — a bungalow for grandparents or adult children inside a two-storey family house — two residences that operate completely independently.

It is based on a concept by American homebuilder Lennar, said builder Craig Marshall. It made so much sense, he set about adapting it to the smaller lot sizes in the Toronto area, where his company has built about 800 homes.

“We do custom homes and we get a lot of people looking to have their parents live with them. Quite often they’ll finish the basement,” he said. But that’s a short-term solution because, eventually, the stairs are probably going to become challenging.

FlexHouz takes into account the realities of modern living, said Marshall. The study is increasingly obsolete. Most people sit at a counter with their laptop. Ditto, the formal dining room in a home that already has a large eat-in kitchen or great room.

When the Rittingers decided it was time to share a roof with Ana’s parents, they called a real estate agent, but the houses they viewed needed a lot of adaptation.

“I don’t claim to be prescient, but I clearly recall saying to the agent, ‘I don’t understand why homebuilders haven’t clued in to the fact that this is a scenario people are going to have to face,’ ” Rittinger said.

He considered the idea of a custom home — probably a bungalow.

“I kept thinking it has to have a long, low house where everything is on one floor,” he said.

They even considered renovating their in-laws’ nearby five-bedroom house.

“We had a contractor come in and we were looking at the backyard and he was walking things out, trying to figure out if there was enough space to put an addition on the back,” Rittinger said.

But it didn’t feel right. No one said anything, but moving his in-laws out of their home and into an annex, while the younger generations took over the main space, just didn’t sit well.

Then in September, he got an email from Marshall Homes launching the FlexHouz among the potential designs for seven lots in Pickering. The lots sold out in six minutes and the Rittingers bought the last one. Their FlexHouz, which costs about $1.6 million, is scheduled for occupancy at the end of next year.

It’s an expensive house to build in part because 50-foot building lots are tough to find in Pickering, Marshall said. But if someone wants to rebuild on an existing lot, his company will construct the same house for $858,000.

The home features a two-car garage for the principle occupants and a single-car garage perpendicular to the house that could act as the main entry for the secondary suite.

There is a locking, fire-graded door between the two units. The bungalow is bigger than many condos at about 875 square feet, with a kitchen, dining and living area, master bedroom and ensuite. The main house is 3,352 square feet with four bedrooms on the second floor. All the bedrooms have ensuites.

“As opposed to a pool or some kind of crazy addition, this struck me as being a sound investment in the future because of its versatility and flexibility,” Rittinger said.

Homes designed specifically to accommodate multi-generational familes are scarce, even though by 2030, nearly a quarter of Canadians will be 65 or older, say experts such as Lisa Levin, CEO of AdvantAge, an association of not-for-profit long-term care, housing and services for seniors.

There are examples of extended families buying sprawling suburban homes in B.C., co-housing arrangements where seniors share homes together and programs that match students with senior homeowners.

But, said Levin, “multi-generational living is something that has been more common among newer Canadians.”

“The concept of living together with family, for me, dates back to my childhood. When I was a young child, I had my maternal grandmother staying with me … and then while I was raising my own family, I had my parents with me, until they passed away. We were in a traditional, detached, four-bedroom house in Markham,” said Cecilia Conceiao, 77.

Although it will be a big task to downsize from their five-bedroom home, she said the couple doesn’t need so much entertaining space anymore.

“We can still manage right now independently. But at our age you never know,” she said. “We have friends from our age group, from one moment to another, they encounter a big health issue and life is turned upside down.”’