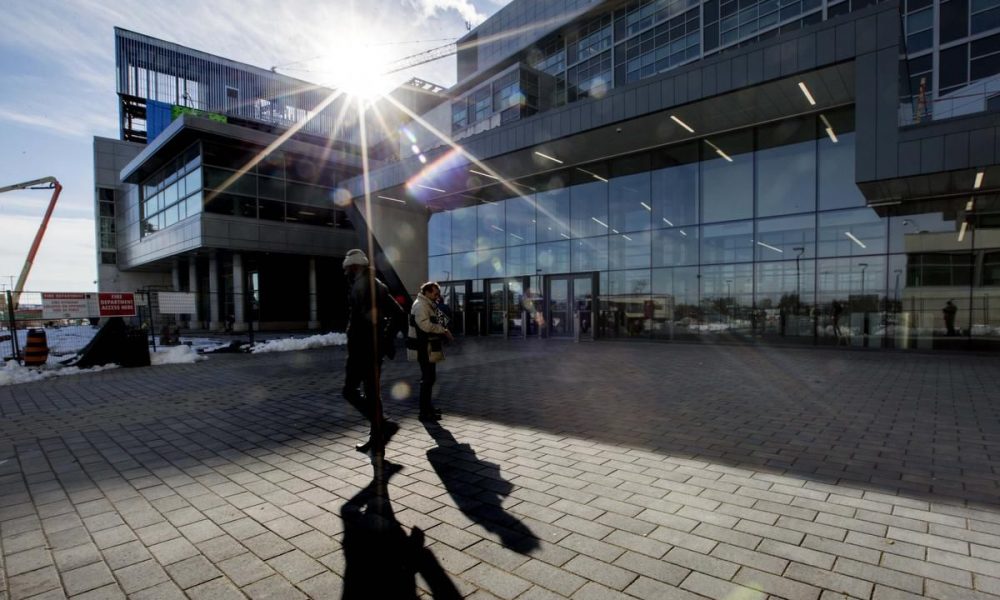 Another drug case tossed due to delay at the Brampton courthouse, another judge calling out the federal prosecution service for failing to provide timely disclosure of evidence to the defence.

Superior Court Justice David E. Harris went as far as describing what happened in a drug importation case as “Crown negligence,” according to a ruling released on Christmas Eve. He stayed the case against Chanelle Belle, who had been charged in October 2016 with importing seven kilograms of cocaine through Pearson International Airport and was originally supposed to face a trial last June.

“On the eve of trial in Superior Court, the Crown disclosed a mountain of information extracted from the applicant’s cellphone, 12,000 pages in all,” Harris wrote. “This could have and should have been provided many months before. No explanation of any kind has been provided. Nor is any extenuating circumstance imaginable.”

As a result of the late disclosure, the trial was rescheduled for February 2019 — which would have marked 28 months since Belle’s arrest. A landmark Supreme Court of Canada ruling known as R v. Jordan set strict timelines to bring accused persons to trial; in Superior Court, that limit is 30 months between a person’s arrest and the anticipated conclusion of their trial. If the ceiling is breached, the case must be tossed unless the Crown can prove there were exceptional circumstances for the delay.

However, the Supreme Court left the door open for cases to also be tossed if they fell below the ceiling but met certain criteria. Harris concluded this was one of those rare cases.

As the Star reported last April, a number of Brampton judges have been criticizing the Public Prosecution Service of Canada, the federal agency that handles drug crimes, for disclosure failures leading to cases being stayed for delay.

In one case last year, Brampton judge Paul O’Marra said he was “joining that chorus of condemnation” of the PPSC’s disclosure problems by other judges at the courthouse when he tossed a man’s heroin-related charges.

“The period of time that it took to provide disclosure to counsel in this case was unacceptable,” he said.

Judges at the Brampton courthouse tossed three drug cases, including the Belle case, due to delay in 2018, down from six cases tossed in 2017, according to the PPSC. The number of cases in which prosecutors themselves entered a stay in a case affected by delay, meaning they chose not to proceed with the case, was two last year, down from six in 2017.

“The PPSC remains dedicated to ensuring that disclosure is collected and presented in a timely fashion and consistent with the timelines set by the recent jurisprudence,” PPSC spokeswoman Nathalie Houle told the Star.

The Brampton courthouse is typically recognized as one of the busiest in the country. Harris noted in his Dec. 24 ruling that importation cases are a “staple in this courthouse” because it has jurisdiction over crimes committed at Pearson airport in nearby Mississauga.

While Belle’s cellphone was seized on the day of her arrest in October 2016, a warrant to search it was only sought in June 2017, according to judge Harris’ ruling.

“There was no explanation given for this nine-month lapse,” Harris wrote. He said the defence was then only made aware of the extraction of the phone’s contents nearly a year later, in May 2018, two weeks before Belle’s trial was originally set to begin.

The judge found the case was not complex and that the Crown had not proceeded expeditiously, factors that weighed in favour of tossing the case even though it fell below the 30-month time limit.

“A warrant for extraction is easily obtained. Why it took nine months just to get the warrant in this case is disconcerting,” he said. “But not disclosing the existence of the cellphone extraction until the eve of trial over a year and a half later after the seizure, and the actual contents until even later, is obviously unacceptable.”

Calling the delay in the case “egregious,” Belle’s lawyer, Chris Rudnicki, also acknowledged that it’s rare for a case below the time limit set by the Supreme Court to be stayed.

“They didn’t say anything about it, probably because there was no explanation for it,” he said of the Crown’s disclosure delay.

Harris also concluded that while the defence could have asked for an earlier second trial date or complained about delay in the case when the first trial date was no longer possible, the defence had also taken meaningful steps to move the case along. This is also important criteria to meet if a case that falls below the 30-month limit is to be tossed.

“It is ultimately the Crown’s obligation to bring the accused to trial,” Harris said. “The defence were not dragging their feet or frustrating the Crown’s efforts … The Crown caused the markedly excessive delay and then, having an opportunity to rectify their error, failed to act.”