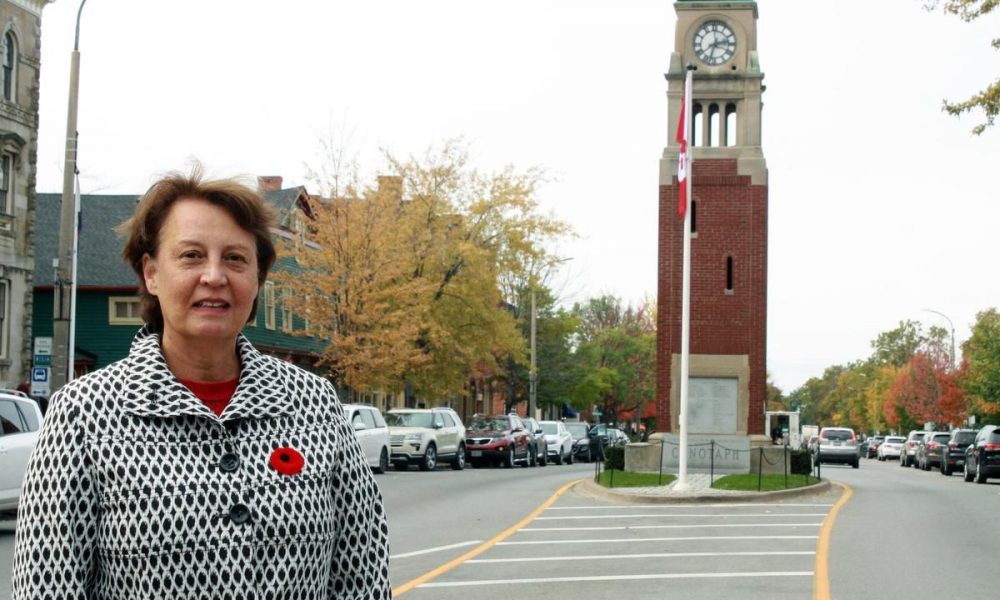 Betty Disero, a former Toronto city councillor who in 1991 briefly ran for mayor, has landed the top job in a completely different community.

Disero was recently elected “lord mayor” of Niagara-on-the-Lake, as the scenic tourist town calls its top municipal politician. She became the first woman to hold that post, after four years as a town councillor who made her mark warning residents about the hazards of uncontrolled development.

The town of more than 17,000, famous for wineries and the Shaw theatre festival, will also have a female “deputy lord mayor,” since Clare Cameron garnered the most votes for council.

In some ways, Disero said in an interview, the issues she’ll face in her four-year term mirror those of the much bigger boom town she left in 2009.

“This town is growing so much more quickly than before, so we’re starting to have, believe it or not, issues with traffic congestion, overdevelopment, losing some of the character of what used to be here,” Disero said, adding that in other ways Niagara-on-the-Lake is very different from Toronto.

Disero entered politics in the early 1980s as a Toronto separate school trustee, jumping in 1985 to council in the Davenport ward by defeating 25-year incumbent Joe Piccininni.

She was a major force at city hall for almost 18 years, the last six on the council of the new amalgamated city, with posts including chair of the Toronto Harbour Commission and later the TTC.

Then mayor Mel Lastman appointed Disero, a Liberal able to work across political lines, to a task force with a goal of diverting waste from landfill after Lastman’s plan to send waste to a decommissioned northern mine fell apart.

In March 2003, Disero stunned colleagues by announcing her retirement from politics, later setting up a lobbying firm, Boomer Consulting, named after her family dog.

Disero said it was a family tragedy — the 2009 death of her adult son Michael — that prompted her move out of Toronto.

“I needed to run away. I needed to start over,” she said. “I came to visit a friend in Niagara-on-the-Lake and it just felt like home the weekend I was here. The following weekend I came and bought a property and then built a house.”

She worked on her garden and learned about her new home until a Canada Day barbecue in 2014, when friends noted the rapidly growing town’s official plan hadn’t been reviewed in decades. They recalled her political past and urged her to make what was a successful run for council.

Disero says she tried to build alliances but found herself on the losing end of 8-1 votes, at odds with council colleagues who didn’t share her view about sometimes slowing down development amid fears that agricultural land, even in the protected Greenbelt, could become GTA-style subdivisions.

“There were a lot of people saying we needed to put in a tree bylaw, so developers couldn’t just come in and clear-cut. Some around the council table kept calling it the ‘Toronto intrusion,’ the idea that some trees and heritage sites deserve protection, but I didn’t get that from the public,” she said.

“I understood it. It was political — a little bit offensive, but my colleagues on council were not used to pushing.”

She decided to run for lord mayor and beat incumbent Patrick Darte with 4,169 votes to his 2,743.

Disero says in her four-year term, she will push to finally modernize the official town plan and create “an administration that can cope with the development in the area.

“I guess they’re not used to noise control and other issues large urban areas have been dealing with for years. All of those must be brought into the mix here,” while protecting homeowners’ property rights, she said, adding she marvels at Toronto’s growth while visiting her former home.

“I get a bit of a ‘Wow!’ feeling when I visit Toronto, but Niagara-on-the-Lake is my home now and I love every day here.”

Tom Elltoft, a local real estate agent who grew up in Niagara-on-the-Lake, says he is happy to have the Toronto transplant leading his hometown into the future.

“I think it’s great to have somebody who can offer the experience she has in her background,” he said. “We suddenly got on the radar of Toronto developers as they push out and I think we were feeling a little ill equipped at all levels to deal with it.

“You don’t want to close the doors on development — everyone has to grow — but it was feeling a little Wild West.”