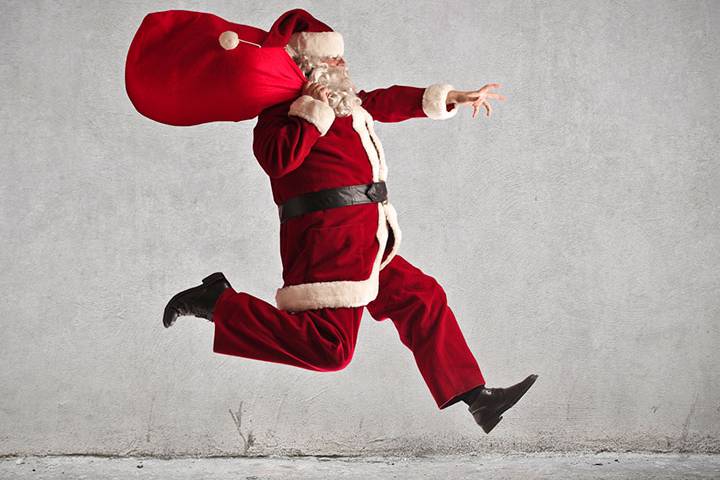 Want to find out where Santa Claus is right now? Every Christmas Eve, the North American Aerospace Defense Command (NORAD) deploys its cutting-edge technologies to track Santa Claus‘ movements as he scrambles to deliver presents to children around the world.

A joint Canadian-American venture, NORAD’s day job is to provide air security and aerospace warning services. But come the holiday season, the organization takes on the added responsibility of providing minute-by-minute updates on Santa’s whereabouts.

This year, Canadians can keep tabs on Santa’s journey on the 2018 NORAD Santa Tracker website, the official Facebook and Twitter pages, and via NORAD’s official Santa Tracker app, available for Apple, Android and Windows devices.

Google also offers its own Santa-tracking website, complete with a variety of games and an advent calendar.

But if you’d rather keep it old school, you can simply dial 1-877-HI-NORAD to speak to a volunteer.

But how exactly does NORAD keep track of Santa’s magical sleigh? Thanks to Rudolph, and a little technology, the process is quite simple.

The NORAD Santa Tracker project began after an advertisement misprinted a telephone number for kids to reach Santa, causing kids to call the commander-in-chief of the now-defunct Continental Air Defense Command (CONAD) back in 1955

It may have been an inconvenience at the time, but it sparked an annual tradition that was taken over by NORAD in 1958.

This year, Santa’s sleigh route will see him head south from the North Pole before travelling west through Asia, down through Africa and then north through Europe before making the trans-Atlantic journey to visit North and South America.