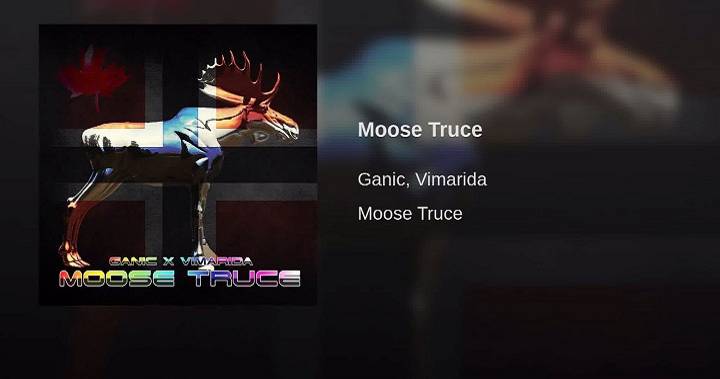 Just when you thought the battle of Mac the Moose and Storelgen couldn’t get any more entertaining — Moose Truce was released.


READ MORE:
Mac the Moose weighs in on the battle to reclaim his title as ‘world’s tallest moose’

Composed by VIMARIDA and Ganic and produced by Jonas Holteberg Jensen, the song highlights Moose Jaw’s fight to reclaim the title of the world’s tallest moose and the call for a peaceful solution.

“We wanted to do something funny and we hope that people understand the humor in it,” said Adam Bielek, VIMRIDA guitarist and manager.

“We love Canada and we hope that this case can connect people from Canada and Norway.”

Linda Otnes Henriksen, deputy mayor of Stor-Elvdal, called for a “moose truce” about two weeks ago.

An article published in Norwegian newspaper Dagbladet on Feb. 1 said Henriksen had reached out to Moose Jaw Mayor Fraser Tolmie about possibly visiting the Canadian town and reaching an agreement on building up Saskatchewan’s Mac the Moose to the same height as Storelgen.

The epic battle was sparked by the hosts of YouTube’s the Justin & Greg Show, who pointed out that Mac was dethroned by a mere 30 centimetres.

Canada’s Moosehead Breweries recently donated $25,000 towards the Mac the Moose fund run by the City of Moose Jaw and Tourism Moose Jaw.