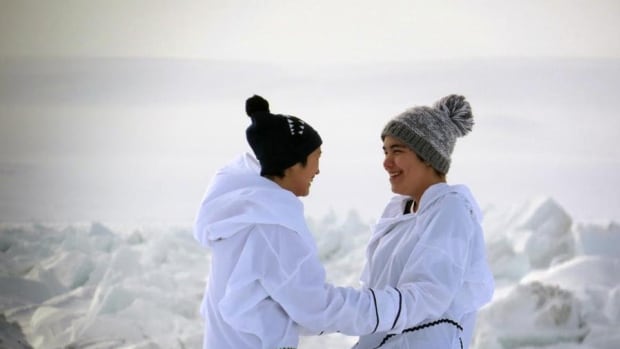 Two Nunavik teenagers are starring in a film about Inuit throat singing, which will be showing at the Sundance Film Festival in Utah.

The three and a half minute film, Throat Singing in Kangirsuk, features Manon Chamberland, 15, and Eva Kaukai, 18, singing on the tundra outside their home village Kangirsuk.

« It’s a huge thing, » said Chamberland. « We had never heard about the Sundance before, but when we did it was so amazing. »

Wapikoni, a production company that makes films about Indigenous youth, shot the video in February 2018.

Chamberland said Kaukai was working with the film company in the community. She asked Chamberland to join her in the film as a throat singer.

« This is an Inuit village so every one of the young girls learns throat singing growing up, » said Chamberland. « Our grandparents taught us throat singing to keep the generation alive. »

Chamberland said they wanted to show how they are carrying on traditional Inuit culture in the video.

Watch the trailer for Throat Singing in Kangirsuk:

Though Chamberland and Kaukai shot the video in the winter, much of the short film shows Kangirsuk in the summer. Aerial drone shots show local hunters taking apart a caribou and young kids playing in the village.

« This is a great opportunity to show that we are here, » said Chamberland. « That we have our culture. »

Chamberland said it’s hard for her to put into words just how much this video has impacted her life. Kaukai and Chamberland will be traveling to Utah for the screening of the film on Jan. 24.

« Everyone in the village was so happy and excited about it, » she said.

Throat Singing in Kangirsukwill be screened four times at the festival. 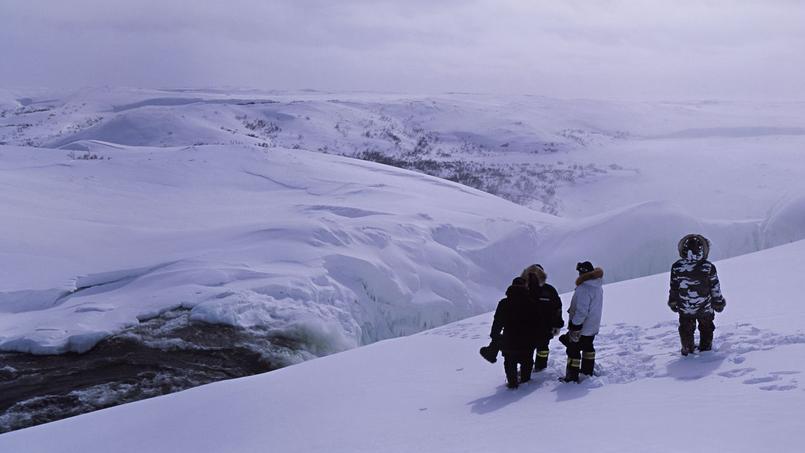