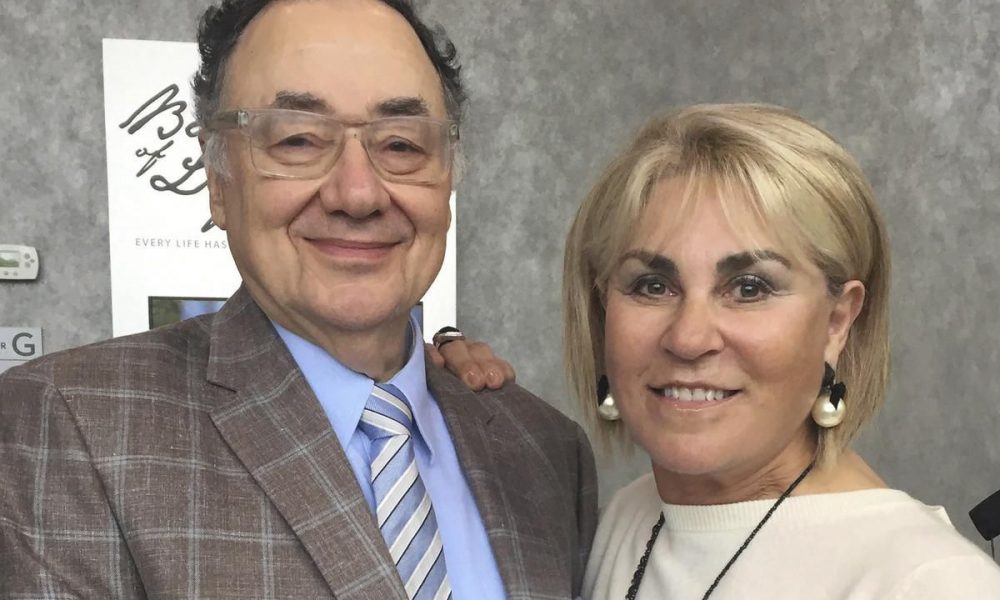 “The investigation is still active and ongoing,” Detective Dennis Yim told a Toronto court last week during a hearing in which the Star was seeking information on the case. “Investigators are methodically reviewing material and pursuing different investigative avenues.”

The seven new warrants bring to 28 the total number filed by police since last December. Some targets of previous warrants — cellular telephone and banking records — were made public, but these new warrants target locations that are too specific to release without compromising the investigation, a crown attorney told the court.

The Star had argued at the hearing that a series of missteps by police — including the pursuit of the murder-suicide theory for six weeks and a similar delay in reviewing CCTV footage — were deserving of public oversight and at least a redacted version of all warrant documents and the police investigation notes that support them should be released.

The strangled bodies of Apotex founder Barry Sherman and his wife Honey were discovered in their homes on Friday, December 15. It is likely they were killed the previous Wednesday evening.

Pringle acknowledged the Star’s goal in seeking the records was “appropriate and important.”

“They want to shed light on some areas where they feel mistakes may have been made, and they want to understand why this investigation is taking so long,” Pringle said. “In this regard, I agree there is a public interest in transparency of the legal process.” She told the Star it could renew its application if charges are laid or if circumstances related to the investigation change.

During the Star’s court challenge, the Star did learn some information related to the probe of the couple, who were well known in Toronto and internationally as major donors to Jewish and other charities.

The new judicial authorizations to search were approved by Pringle between April and last week. Pringle is the go-to judge for all Sherman warrants, court heard. Four new authorizations were obtained April 16, two on June 27, and one was granted Sunday, September 23.

There had been a flurry of authorizations in the first two months of the probe but then a lag until April. Police will not say how many of the authorizations are search warrants (which are for a specific location such as a house) and how many of them are “production orders,” a warrant that is typically served on banks and telecommunication companies that maintain data police believe would be helpful to a probe.

Detective Yim, who was seconded to the homicide squad from one of Toronto’s police divisions said the Sherman case has been his full-time assignment since December 21, 2017. His role is to prepare search warrant applications and review information yielded by the warrants.

He told court last week that 3,700 pages of documents and 1,390 electronic files have been obtained, but would not say what they contain.

Yim said “more than 50 officers have been involved in this investigation to date.” Asked by the Star during cross-examination to name all of the officers, Yim was unable to. The Star provided the names of the lead officer, Detective Sgt. Susan Gomes and the lead investigator Detective Brandon Price, plus the name of an additional officer. Yim agreed those officers were working on the case, but he said they were not working full-time on the Sherman probe. Crown attorney Peter Scrutton told court there was “at least one” officer working full-time on the case (Yim).

The Star’s investigation began in early January when police sources had told numerous Toronto media outlets, including the Star, that police believed it was a murder-suicide. A January 19, 2018 story prompted detectives to interview the pathologist the Sherman family hired to conduct a second set of autopsies, and shortly after police announced it was a double murder.

During the court hearing, the Star raised several issues it has turned up in its own probe and provided them to the court as examples of information the sealed court documents would shed light on. Among them:

Detective Yim said he was unable to answer any questions regarding specifics of the investigation or what was contained in the sealed documents. Justice Pringle ruled that the Star could not pursue this line of questioning because it would infringe on the sealing order she had put in place. In her ruling she said Yim’s answers on the witness stand were “vague,” but she said this was out of necessity.

Making public the inner workings of the Sherman investigation “poses a serious risk of compromising the police investigation,” Pringle said.

The Star also argued that there were parts of the 220 pages at issue that could be released to the public because they would not impact the ongoing police investigation. Citing case law, the Star pointed out that if there is an earlier theory in a case (for example, murder-suicide) that portion of the police warrant information can be released without harming the rest of the probe.

During cross-examination, Detective Yim said that the murder-suicide theory was one of three the police pursued in early days and is represented in the search warrant documents.

Justice Pringle ruled that she could not allow access even to “certain theories that may now have been discarded by police.” She said the warrant documents are too intertwined and “not easily severed into discrete parts or issues. Read out of context and in isolation, bits and pieces of information have real potential to be misleading.”

Toronto Police Detective Sgt. Susan Gomes did not respond to a series of questions provided to her a week ago.

Kevin Donovan is the Star’s chief investigative reporter based in Toronto. Reach him by email at kdonovan@thestar.ca or (416) 312-3503. Follow him on Twitter: @_kevindonovan